Comprising the headwaters of the Fraser River and its tributary the North Thompson River; the northernmost tributaries of the Columbia River; and upper reaches of the the Peace and the Athabasca, drainages of the Mackenzie River. 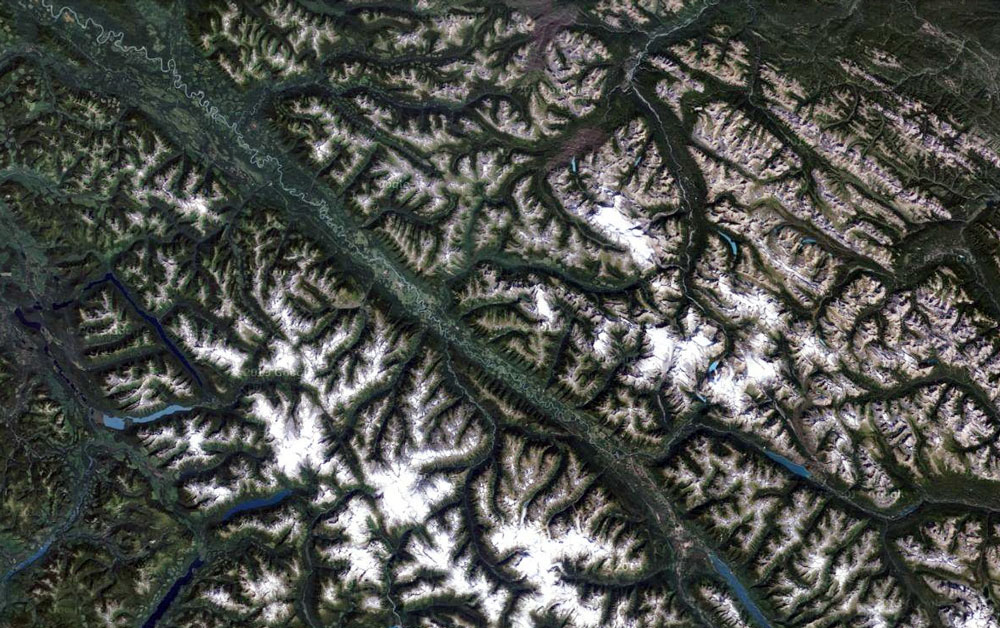 The Fraser River arises in the southeast and flows northwest through the Rocky Mountain Trench towards Prince George. Kinbasket Lake, on the Columbia River drainage, is at the bottom right. North of Kinbasket is Moose Lake, near the headwaters of the Fraser. The branch of rivers to the northeast, the Peace and the Athabasca, flow into the Arctic Ocean through the Mackenzie.

“The Kamloops Indians affirm, that the very highest mountain they know is on the north side of the valley at Tête Jaune Cache, about ten miles from the valley. This is named Yuh-hai-has-kun, from the appearance of a spiral road running up it. No one has ever been known to reach the top, though a former chief of Tsuk-tsuk-kwalk, on the North Thompson, was near the top once when hunting goats. When he realized how high he had climbed he became frightened and returned.”

Place Names in the vicinity of Mount Robson