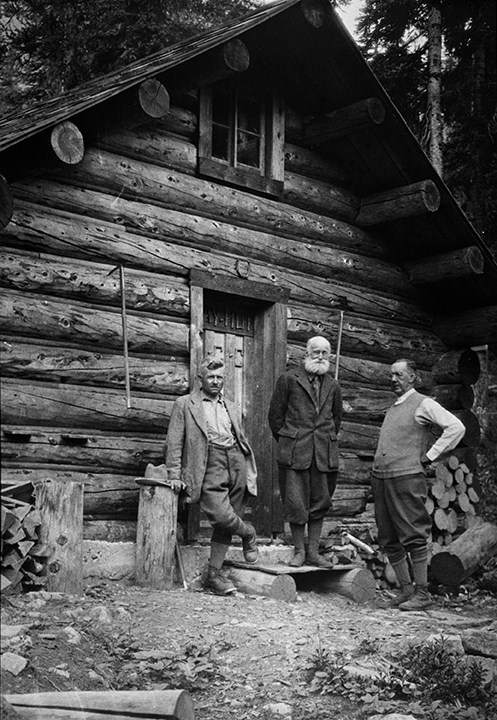 One of the peaks of Mount Lyell, named for guide Edward Feuz Jr (1884-1981), a Canadian Pacific Railway mountain guide. Feuz was the son of one of the first Swiss Guides brought to Canada by the railway. He climbed at Field and Glacier House in 1903 with his father and guided during summers from 1905 to 1912, settling that year in the Edelweiss Village at Golden, British Columbia.

Until his retirement in the 1950s, he accompanied the finest climbers and was involved in over seventy first ascents of peaks over 3048 metres.