Origin of the name unknown.

The Fraser has proved to be invaluable to the building of the Grand Trunk Pacific Railway, despite the fact that so many lives and so much property have been lost in its waters. These accidents have happened mostly through carelessness and ignorance. The chief obstacles to navigation are due to the existence of shifting sand and gravel bars, the Goat Rapids, the Grand Canyon, and the Giscome Rapids, all above Fort George. High water minimizes this danger for the larger craft, but presents sometimes greater dangers for the smaller ones.

“Chrome Lake” appears on Boundary Commission Sheet 28, published in 1924 and based on surveys in 1921.

The headwaters of Astoria River are derived in part from Chrome Lake, into which flow rushing streams from the Eremite and Fraser Glaciers; but a somewhat larger creek rises in the Amethyst Lakes, two lovely bodies of water closely connected with one another and lying close below the stupendous east wall of the Ramparts….

Hurrying up some rising grassy slopes we were soon among the enormous morainal blocks below the glacier, and in a few minutes had rounded a tiny blue marginal lake to the ice itself. Past a corner of Outpost the circle of little peaks bounding Eremite Glacier presented themselves in snowy line. Eastward we looked down upon the curious yellow brilliancy of Chrome Lake, and into the Astoria Valley where Mount Edith Cavell raises a shaly, snowless gable to a sharp point wholly unlike the great white face one sees from Jasper.

The area was the site of the Alpine Club of Canada’s Eremite Valley Camp in 1934.

The descriptive name for this mountain was applied in 1916 by surveyor Morrison Parsons Bridgland [1878–1948]. The remote position of this mountain reminds one of an eremite, a hermit. The other features take their names from this mountain. 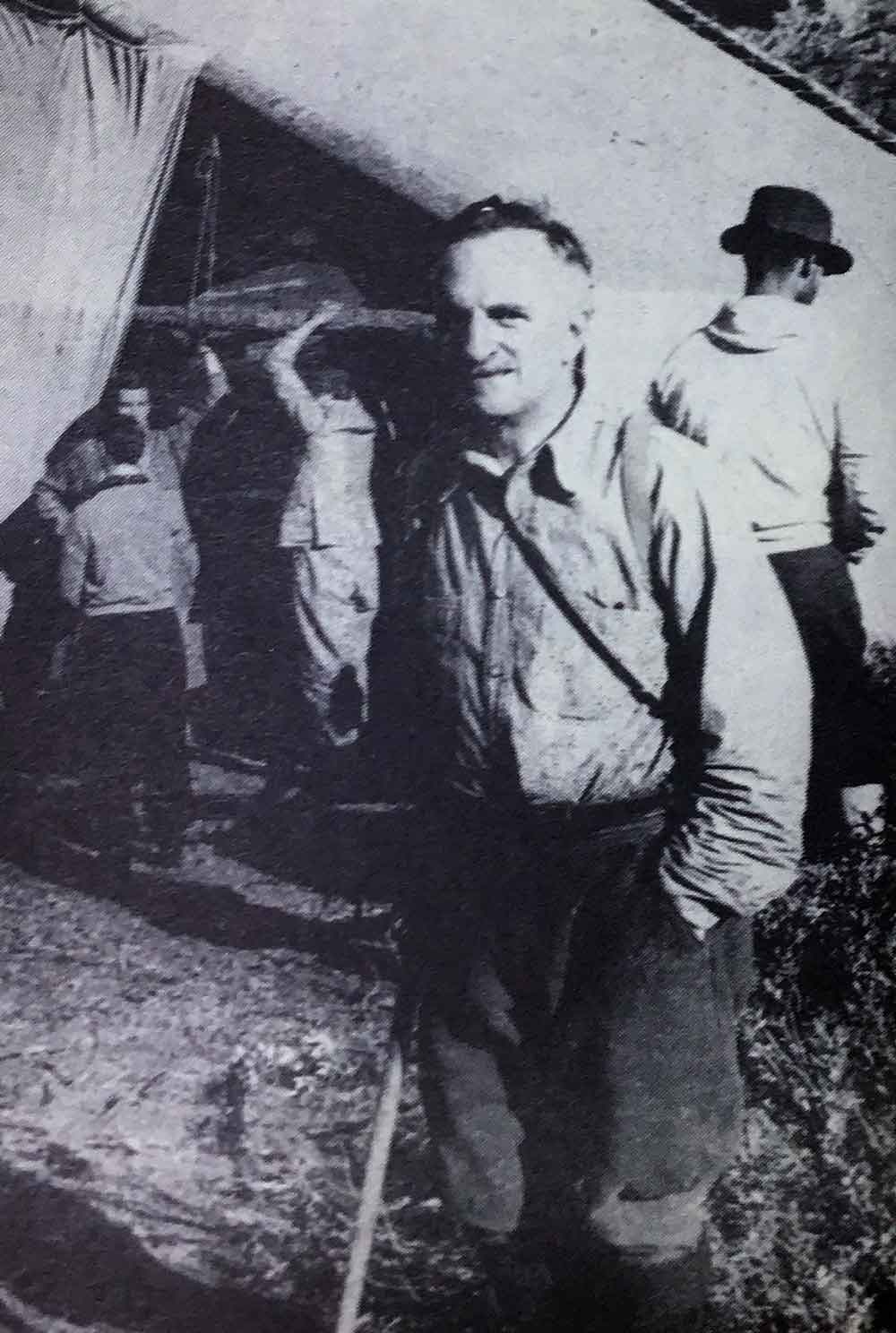 This third version of the Wates-Gibson Hut was built in 1959 after two previous structures in different locations were found to be inadequate for various reasons.

There is a seasonal closure in place for caribou conservation. No access to this backcountry area is permitted between November 1 and May 15.