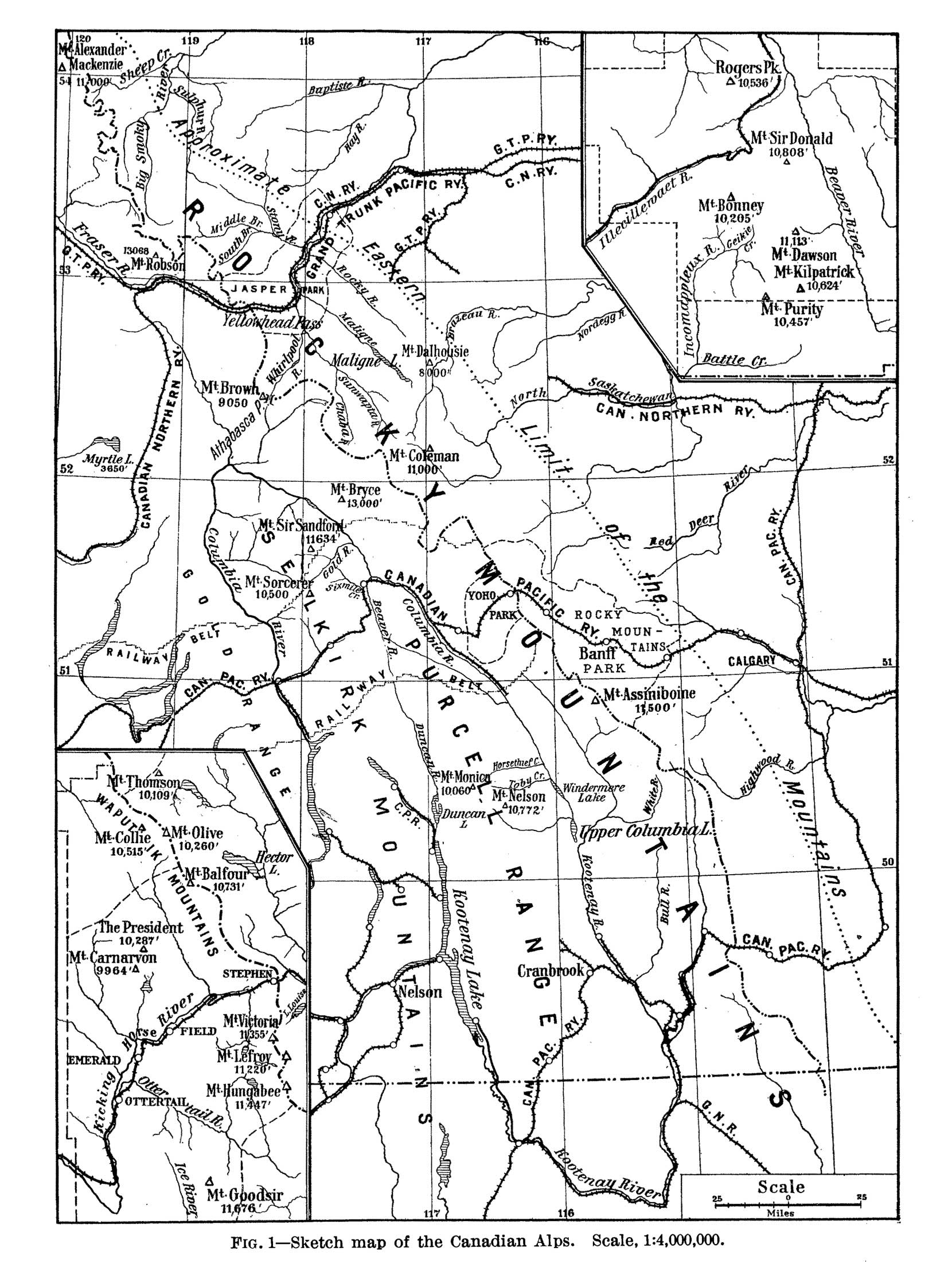 The insets show in greater detail the Selkirks (upper right) and the Rocky Mountains (lower left) where they are crossed by the Canadian Pacific Railway.

Charles Ernest Fay [1846–1931] was an American alpinist and educator. Professor Fay first visited the Canadian Rockies in 1890, and was a pioneer in the development of mountaineering in the Canadian Rockies and the Selkirks. He was a founder of the Appalachian Mountain Club, and served as president in 1878, 1881, 1893, and 1905; he was also a founder and the first president of the American Alpine Club (1902-1904).