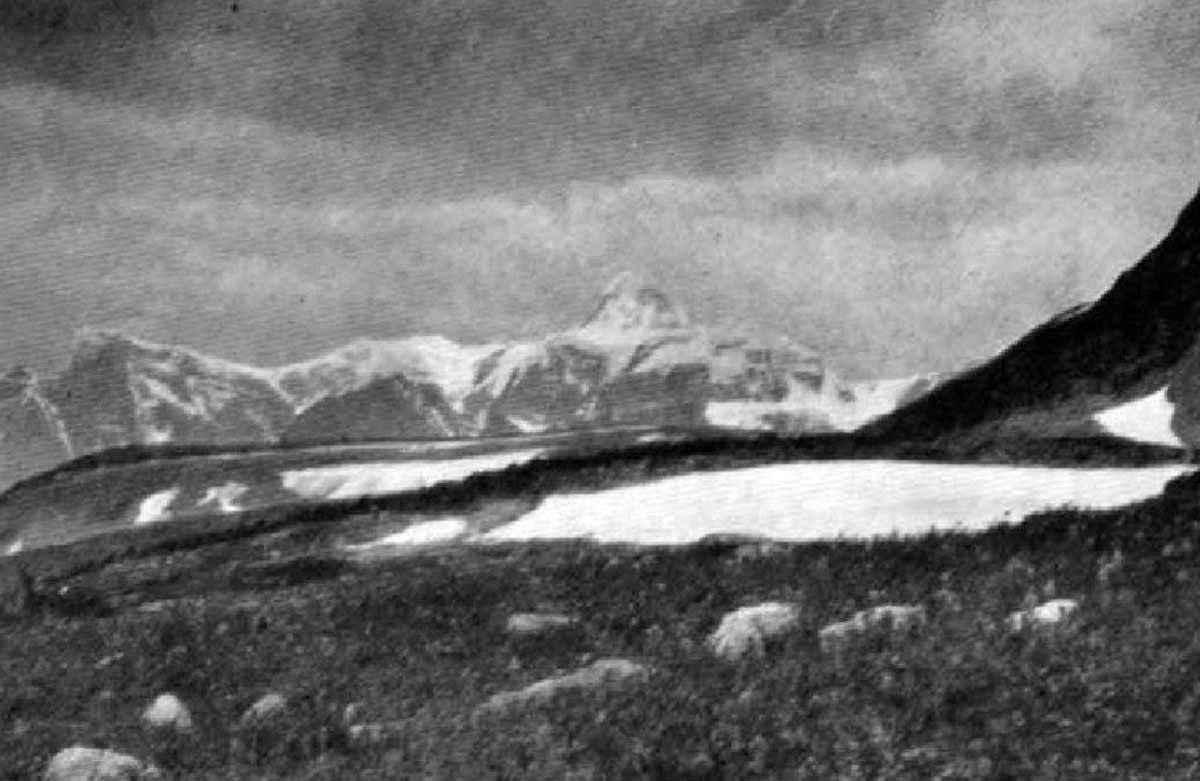 Mount Kitchi was adopted in 1915 as established by Mary Jobe’s reports in mountaineering journals. The name was changed to Mount Alexander Mackenzie in 1916 as recommended by American alpinist Samuel Prescott Fay (Ottawa file OBF 0216, item 72). The name was further changed to Mount Sir Alexander in the 15th Report of the Geographic Board of Canada, 31 March 1917.