.
A fur trading district in the Pacific Northwest
Unofficial 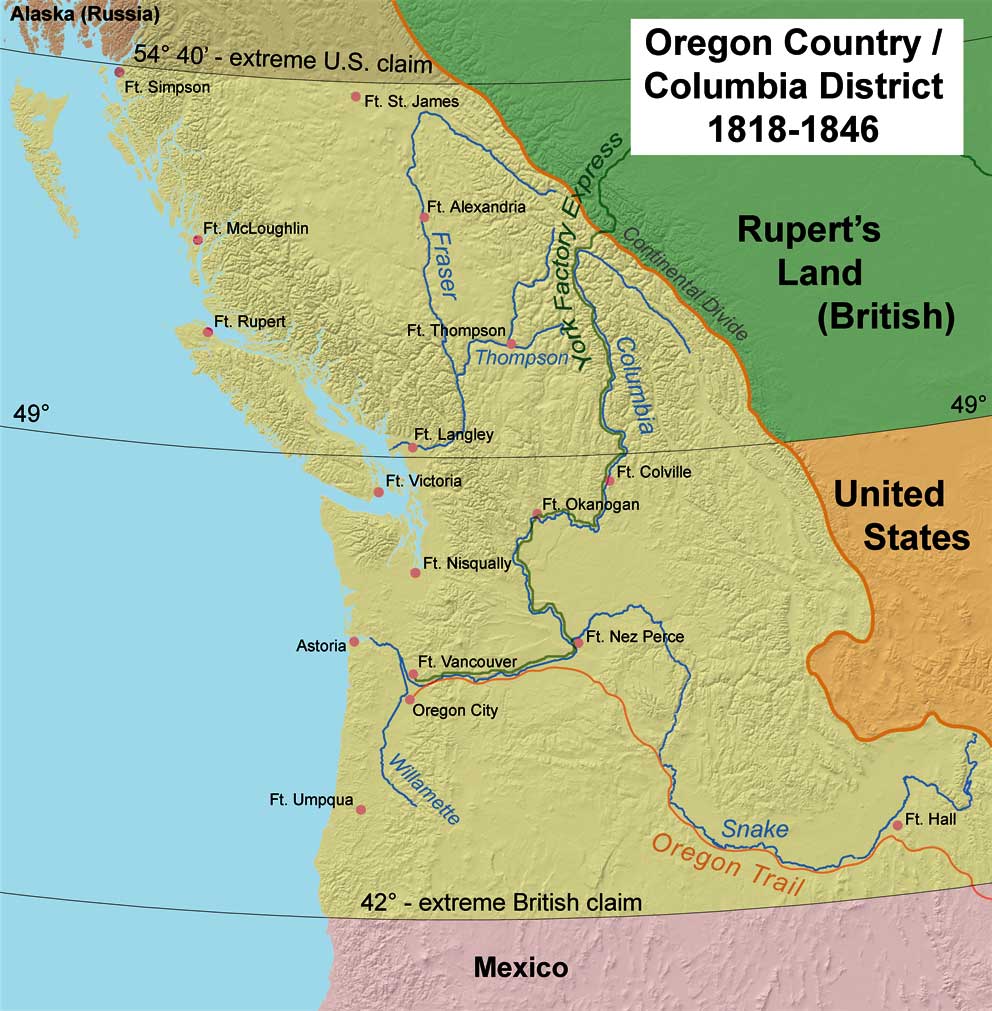 The Columbia District was a fur trading district in the Pacific Northwest region of British North America in the 19th century. Much of its territory overlapped with the disputed Oregon Country. It was explored by the North West Company between 1793 and 1811, and established as an operating fur district around 1810. The North West Company was absorbed into the Hudson’s Bay Company in 1821 under which the Columbia District became known as the Columbia Department. The Oregon Treaty of 1846 marked the effective end of the Hudson’s Bay Company’s Columbia Department.