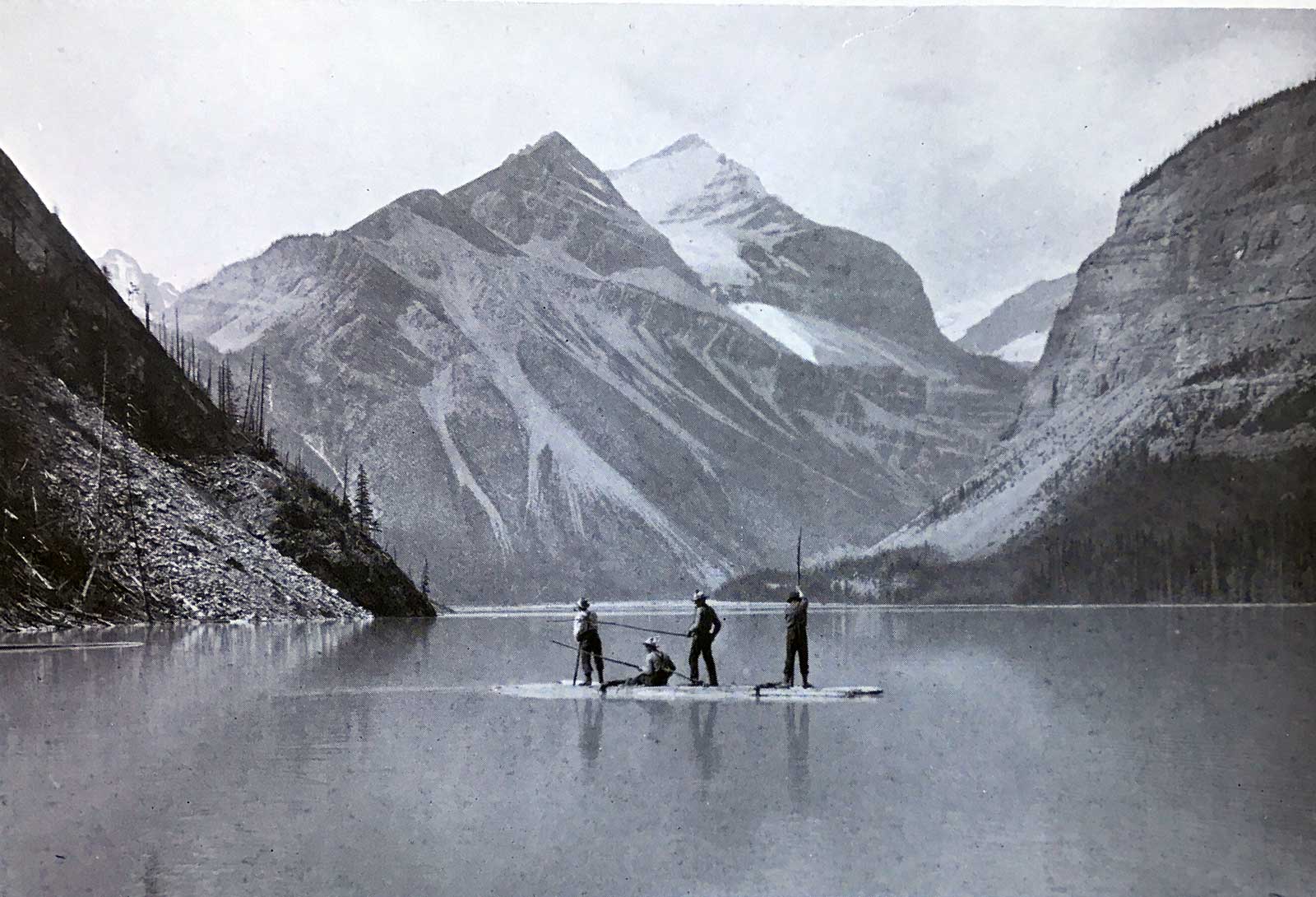 Exploring Lake Helena [Kinney Lake]. A limpid gem at the foot of Mount Robson. The raft was fashioned from dead-tree logs roped together.
F.A. Talbot, New Garden of Canada, 1911

“We had an amusing experience ourselves when a visit was made to the foot of Mount Robson,” wrote F. A. Talbot after his 1910 reconnaissance of Grand Trunk Pacific Railway construction. “In due course, after some eight hours’ work, the edge of a beautiful stretch of water, first discovered by Mr. Kinney, who named it Lake Helena, was reached. We hastily fashioned a raft. While moving slowly along, what looked uncommonly like a signboard was spied on the bank. Pulling rapidly towards it, to ascertain what it was, we saw, in scrawling print, ‘Site of Mackenzie’s Hotel.’”

In 1913, Blanche Hume, an attendant at the Alpine Club of Canada special mountaineering camp, wrote, “Emerging from the forest primeval we came to beautiful Lake Kinney, called by some Lake Helena.”