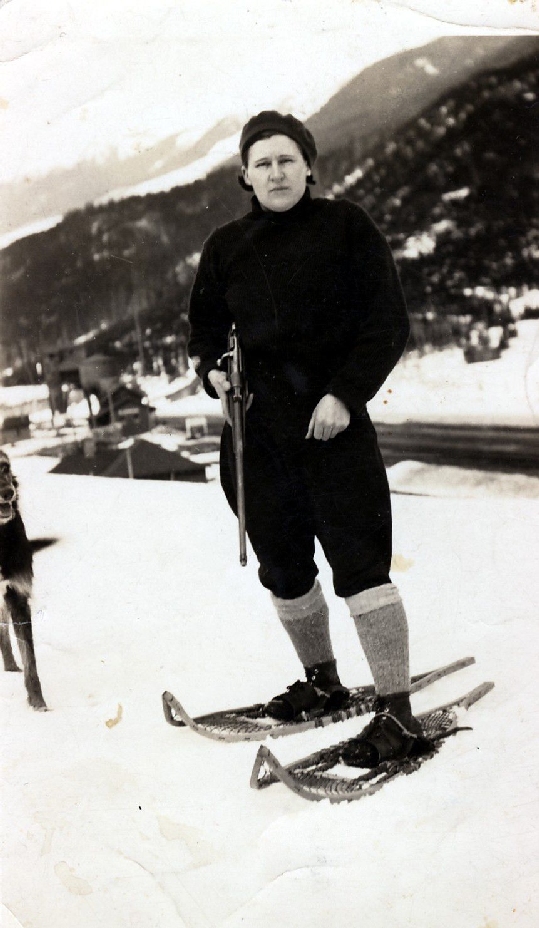 Ella Frye (1907–1995) trapped on the North Thompson river for over 50 years. Ella was born at Red Deer, Alberta, while her family was moving west from North Dakota. In 1911 her parents Fred and Edith (Bronson) arrived at Tête Jaune Cache, and soon afterwards moved to Albreda. Grandfather Bronson started teaching her trapping when she was six years old. “It got into my blood and I kept at it,” Ella said. She married Tom Smith around 1926. In 1933, she started trapping on the North Thompson.

Francis’s husband Louis Knutson said that he started the trap line on this creek in 1910 and after spending a few years away from the area gave it to Ella.