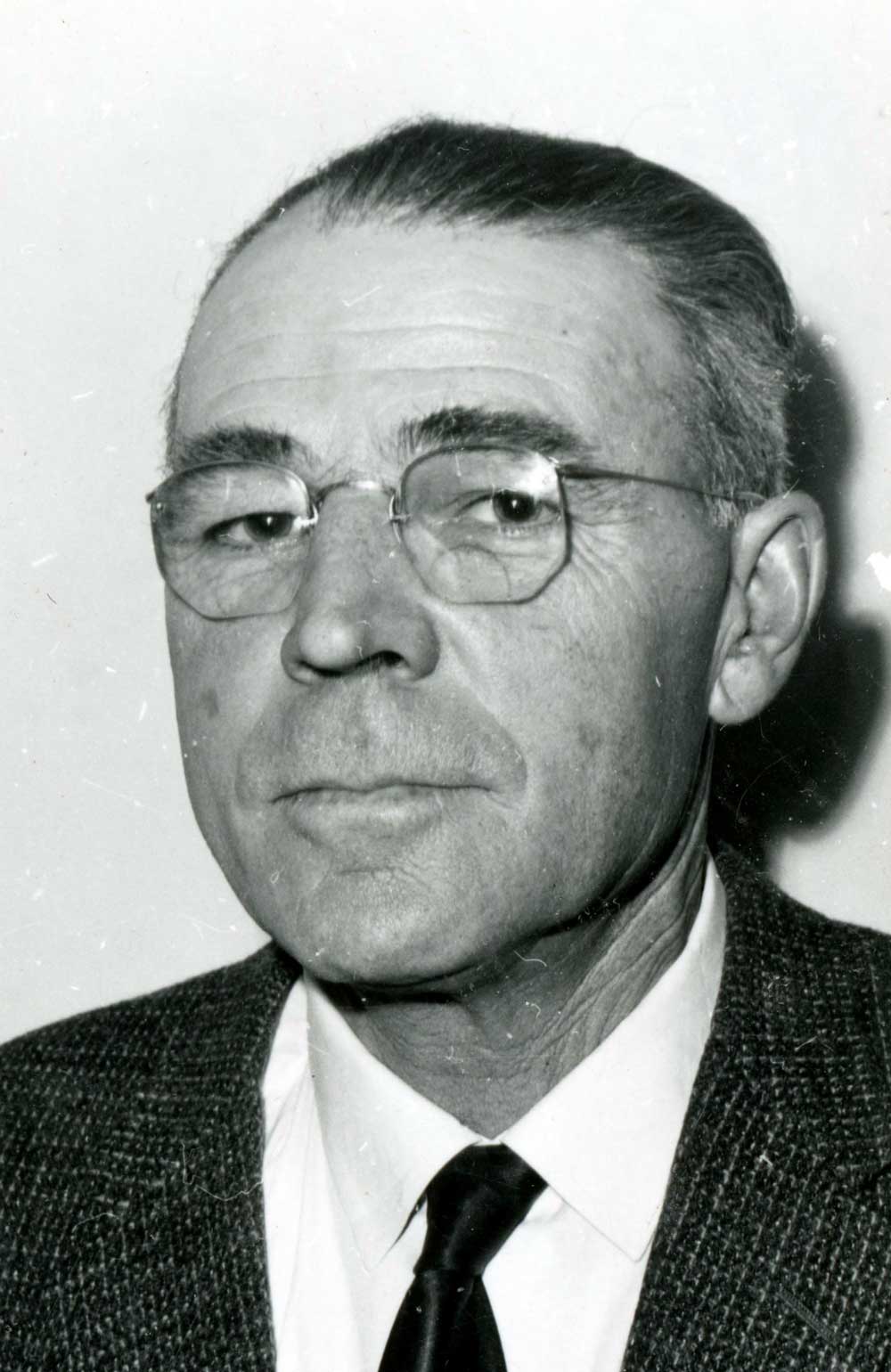 1963 portrait of Robert P. Haan, who was the chairman of the McBride and District Hospital Board of Directors.
Valley Museum & Archives Society

Robert Phillip Haan (1901–1976) and Leola (Rankin) arrived in Dunster from Alberta in 1943, along with their son Robert Desmond Haan (1928–1980) and four brothers and sisters. Robert Desmond Haan was born on the family farm near Provost, Alberta. With his English-born wife Betty (Sargent) (b. 1932) and their children, he operated a beef farm in Dunster. When Bob was killed in a tractor accident, the farm was sold and his family moved to Kelowna. Bob was active in the Dunster Farmers’ Institute, the Dunster 4-H Club, the Community Hall Association, square dancing, and sports.

His mother Leola Haan writes, “Now little is left of his years of work. Even the beautiful house he built himself for his family is sold and moved away. Sagging fences, weedy field corners, a few farm out-buildings, and neglected fruit trees aren’t much of a memento for over thirty-two years of hard work and endeavor. But there still remains a memory no one can subdue, a memory of a busy, happy, progressive, ambitious family who once lived at the end of this road.”