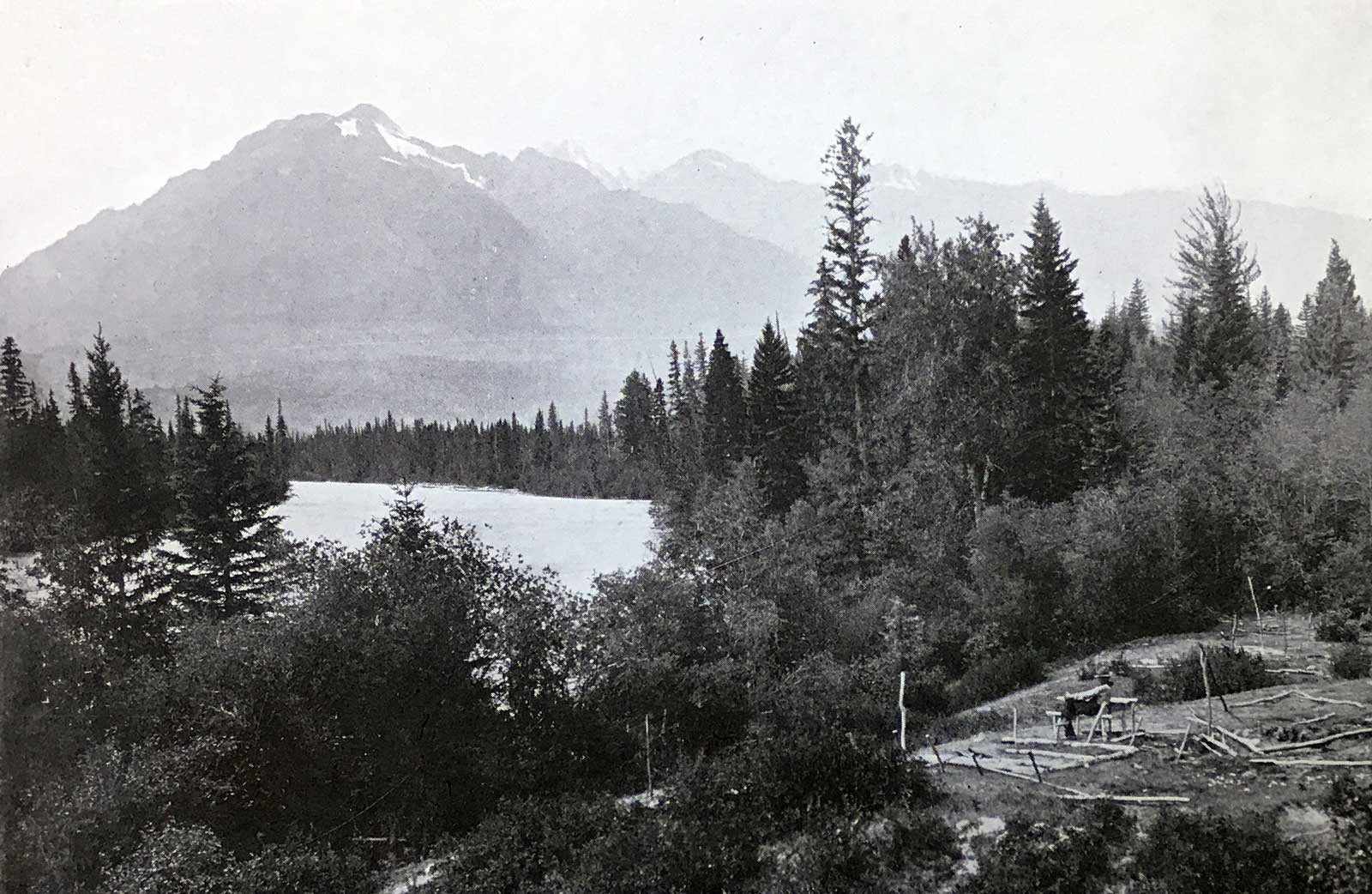 In 1882 James MacKinlay of Kamloops found a deposit of mica on this mountain. The fifteen-foot wide vein of fair grade, light green muscovite was to tantalize various miners for the next several years. In 1887 John Fremont Smith of Kamloops organized an expedition which included Louis, chief of one of the Secwepemc (Shuswap) bands, and a number of his retainers. With ever-changing crews, Smith pegged away at what he called his Bonanza Mine until at least 1899. In 1912 Smith was appointed Agent for the Kamloops Indian Agency, which included the North Thompson.

Frederick Talbot travelled through the area in 1910 with a party of Grand Trunk Pacific Railway employees. He wrote,

Certainly there is plenty of scope for development in all sorts of ways. The mountains teem with minerals of all descriptions, Keller showing us specimens of galena, gold, silver and other valuable metals, claims for which he had staked out. Mica Mountain is a great storehouse of mica, and some of the mineral obtained from it is quite noteworthy. It is white, and of good cleavage, and sheets from 32 inches square upwards can be readily obtained. If such veins are extensive, the mica mining prospect here is brilliant indeed. About twenty claims have already been staked, and the large block of this mineral which carried off a distinguished award at the last Paris Exhibition was mined on this mountain. When the neighbourhood becomes more accessible, prospectors will pour into the country, and carry out their task upon a broad, scientific basis, whereas up to the present only the surface here and there has been scratched. The wealth in the mountains hereabouts is beyond human conception, and, after the experience of Cobalt, he would be a rash man indeed, no matter what his geological and other qualifications might be, who would dare to say what could not be found.