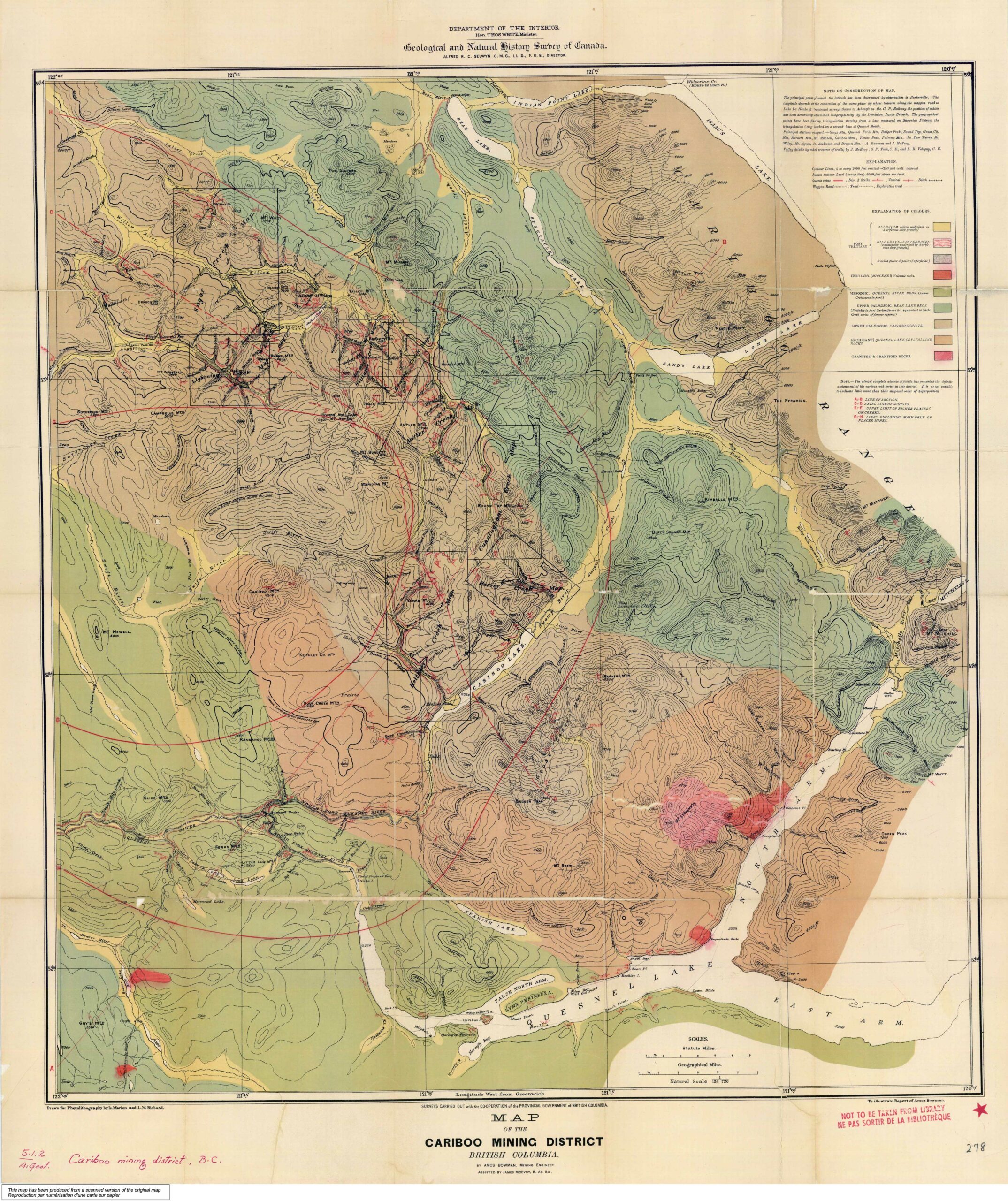 This former name for the Cariboo Mountains originally included all of that range, but early mountaineers restricted “Cariboo Range” to “that higher portion of the Cariboo Range which is E. of the Raush River and the headwaters of the Azure River, and E. and N. of the North Thompson River” (Zillmer 1944).

Amos Bowman’s 1887 map of the Cariboo Mining District labelled these mountains as “Cariboo Range,” but the name “Cariboo Mountains” was instead officially adopted in 1918. Neither “Cariboo Range” (nor “McLennan Range”) are official names.

Both Munday (1948) and Thorington (1949) state that “[the Cariboo range] is now officially the McLennan Range,” referring to the restricted area along the headwaters of the McLennan River. Zillmer (1950) contradicted that with reference to communications with the Canadian Board on Geographical Names and Chief Cartographer of British Columbia.