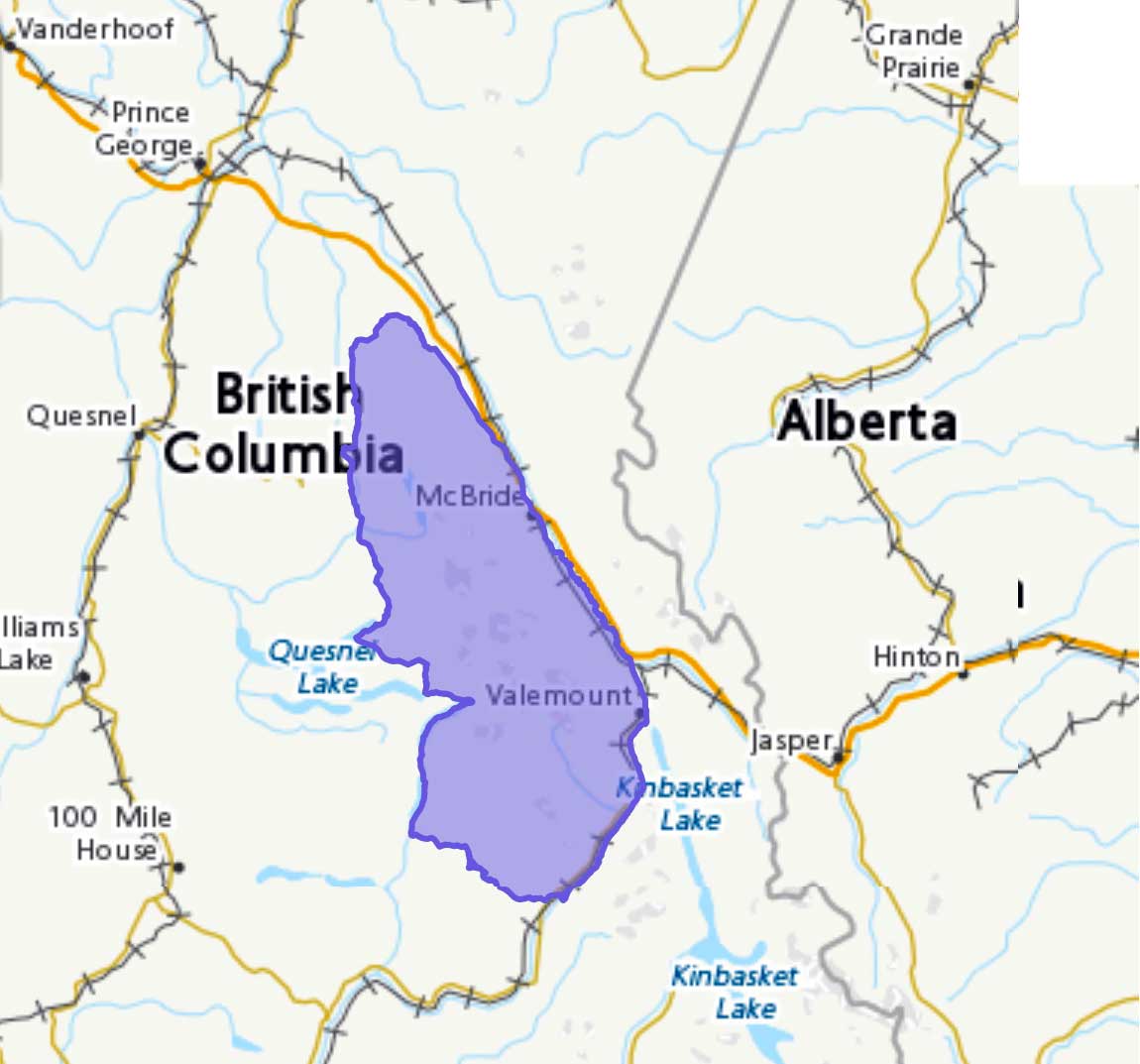 The name “Cariboo” is derived from an Algonquian word xalibu, meaning “pawer” or “scratcher,” referring to the North American reindeer. The name was first applied to the goldfield area around Quesnel and Barkerville, where caribou were once abundant. The name goes back to at least 1861, near the beginning of the gold rush, when governor James Douglas [1803–1877] of the colony of British Columbia used the name “Cariboo” to describe the area in dispatches to Britain.

The Cariboo Range is important in the development of Canada. When the Canadian Pacific Railway considered the matter of its route across the continental divide, it tentatively selected Yellowhead Pass, for it offered the easiest crossing. But that decision was frustrated by the Cariboo Mountains. A practical railroad route led from Yellowhead Pass to the Fraser River and down the Fraser until the Cariboo Range was reached, about 50 miles west of the pass. Here, from an elevation of 2400 ft., at Tête Jaune Cache, the Cariboo Range rises in a very short distance to as high as 11,750 ft., the height of Mt. Sir Wilfred Laurier, the highest peak of the entire Interior Ranges of British Columbia. If a route could not be found across the range, a long detour to the northwest or to the south was necessary—the routes now followed by the Canadian National Railway. So from 1871 to 1874 four well- equipped expeditions sought a route across the Cariboo Mountains. But they found that only high glacial passes were available. So the route across Yellowhead Pass was abandoned in favor of the more southerly route now used by the Canadian Pacific Railway.

The name “Cariboo Mountains” was officially adopted in 1918, not “Cariboo Range” as labelled on Bowman’s 1887 map of the Cariboo Mining District.