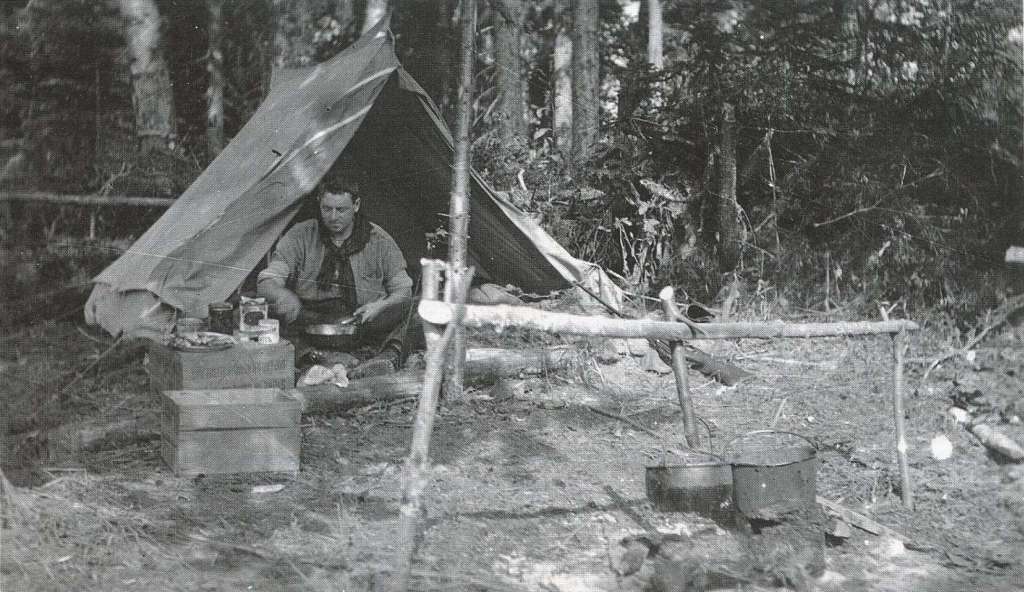 Major John Leslie (Les) Charles was born in 1892 in Weybridge, Surrey, England, and moved to Winnipeg in 1910. He began working for the Grand Trunk Pacific Railway survey party in their Mountain division. Except during WW1, Charles worked on the Hudson Bay Railway until its completion at Churchill, Maitoba, in 1930. He then worked for the Canadian National Railway for 55 years, progressing to the position of chief engineer of the Western Region.

Major Charles served in both World Wars. During World War I, he was promoted to the rank of major and was awarded the Distinguished Service Order. In WWII, he recruited and commanded the 20th field company of the Royal Canadian Engineers. He also served with the American Army, surveying for a military railway connecting Alaska and Canada.