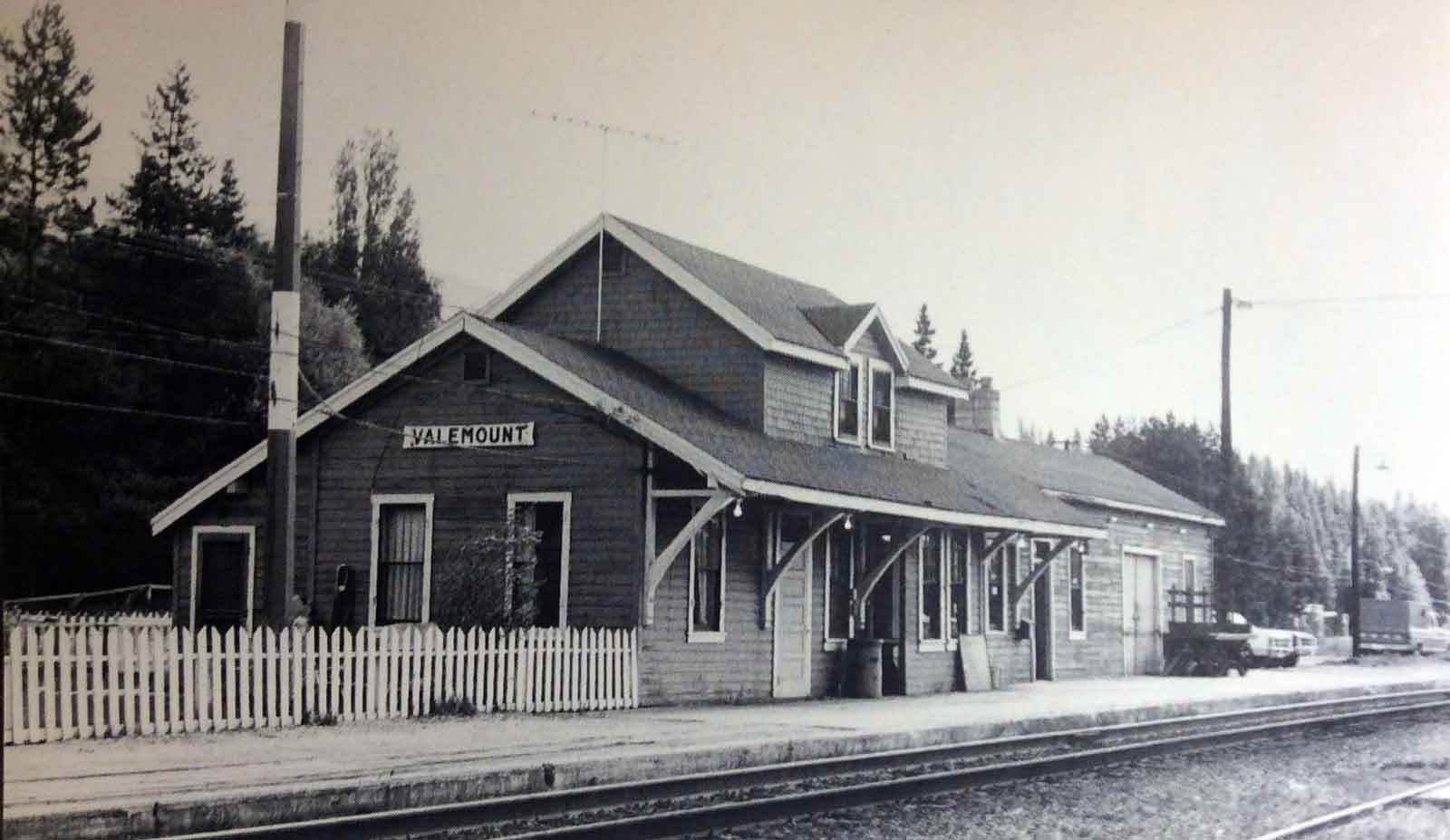 A valley in the mountains — that is how Canadian National Railroad officials saw the village when the former Canadian Northern Railway station house was moved from Swift Creek, a mile west, in 1927. Alexander Kushnir, the section foreman, was asked by the railroad to poll the local citizens concerning a name for the new location. The railroad suggested “Valemount” as an alternative to the suggestion of “Burgoyne,” commemorating Jim Burgoyne who had worked in the area for many years.

The Swift Creek post office was changed to Valemount in 1928.