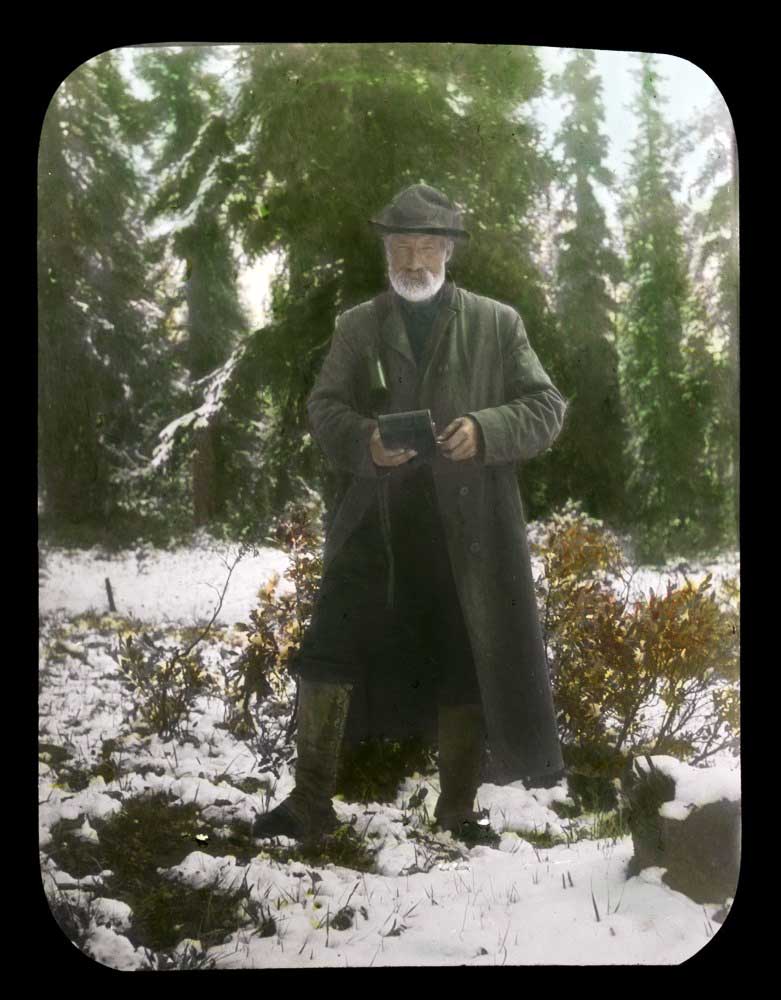 Arthur Philomen Coleman [1852–1939], a professor of geology at the University of Toronto, was the first person of European descent to attempt to climb Mount Robson. In 1907, accompanied by his brother Lucius and George R. B. Kinney [1872–1961], he approached via the Robson River valley, and climbed above Kinney Lake. The pack-trip from Laggan (Lake Louise) consumed most of their resources, and snow in early September quashed their hopes for that year.

Coleman’s party returned in 1908, guided by John Yates [1880–] and Adolphus Moberly, who took them up the Moose River valley. The party spent 21 days in the area, but only twice were there two successive days of good weather. On one climb they reached almost 11,000 feet (3350 m), but were turned back by darkness.

Born at Lachute, Canada East, Coleman studied at universities in Ontario and Germany. He was a fellow the the Royal Geographical Society and second president of the Alpine Club of Canada. He started his explorations in the Rocky Mountains in 1884. The first climber to pay serious attention to peaks in the vicinity of Athabasca Pass, in 1892 and 1893 Coleman led parties hoping to climb the famous mountains Brown and Hooker, which botanist David Douglas had described in 1828 as being over 16,000 feet (4880 m) high. Coleman discovered their heights were less than 10,000 feet (3050 m).