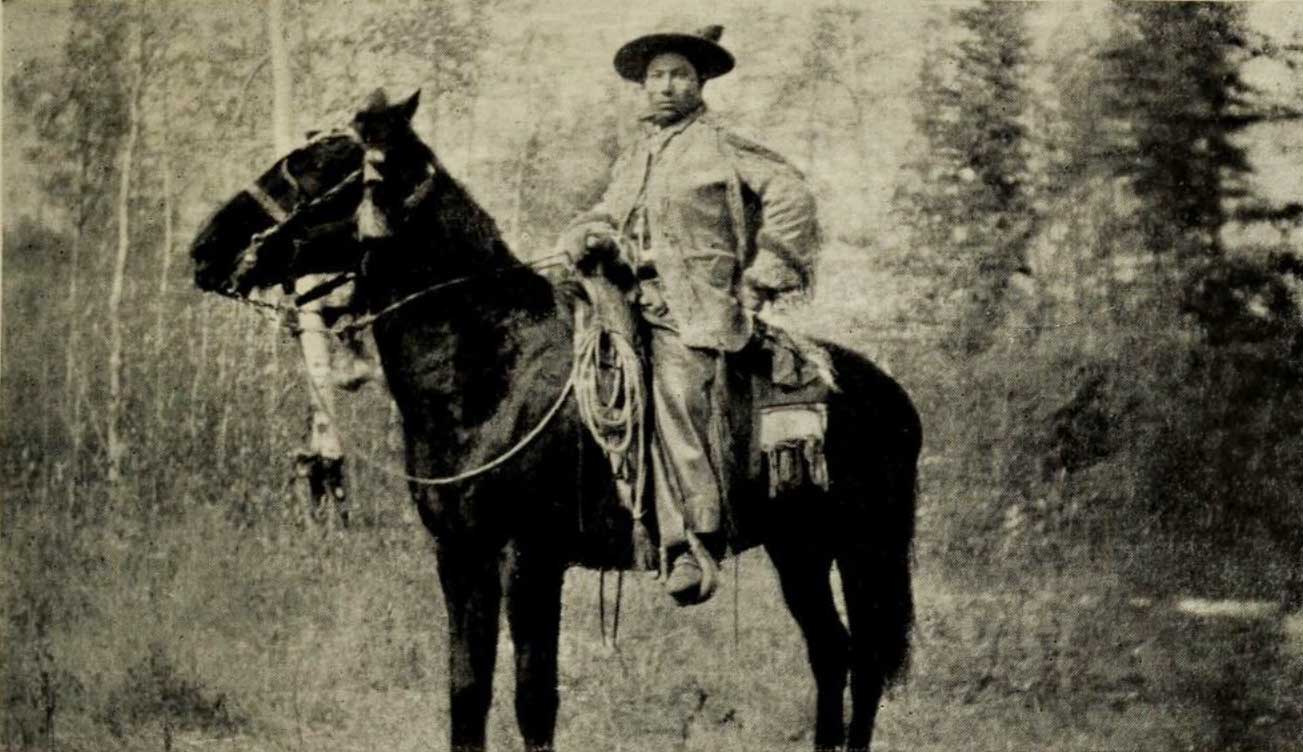 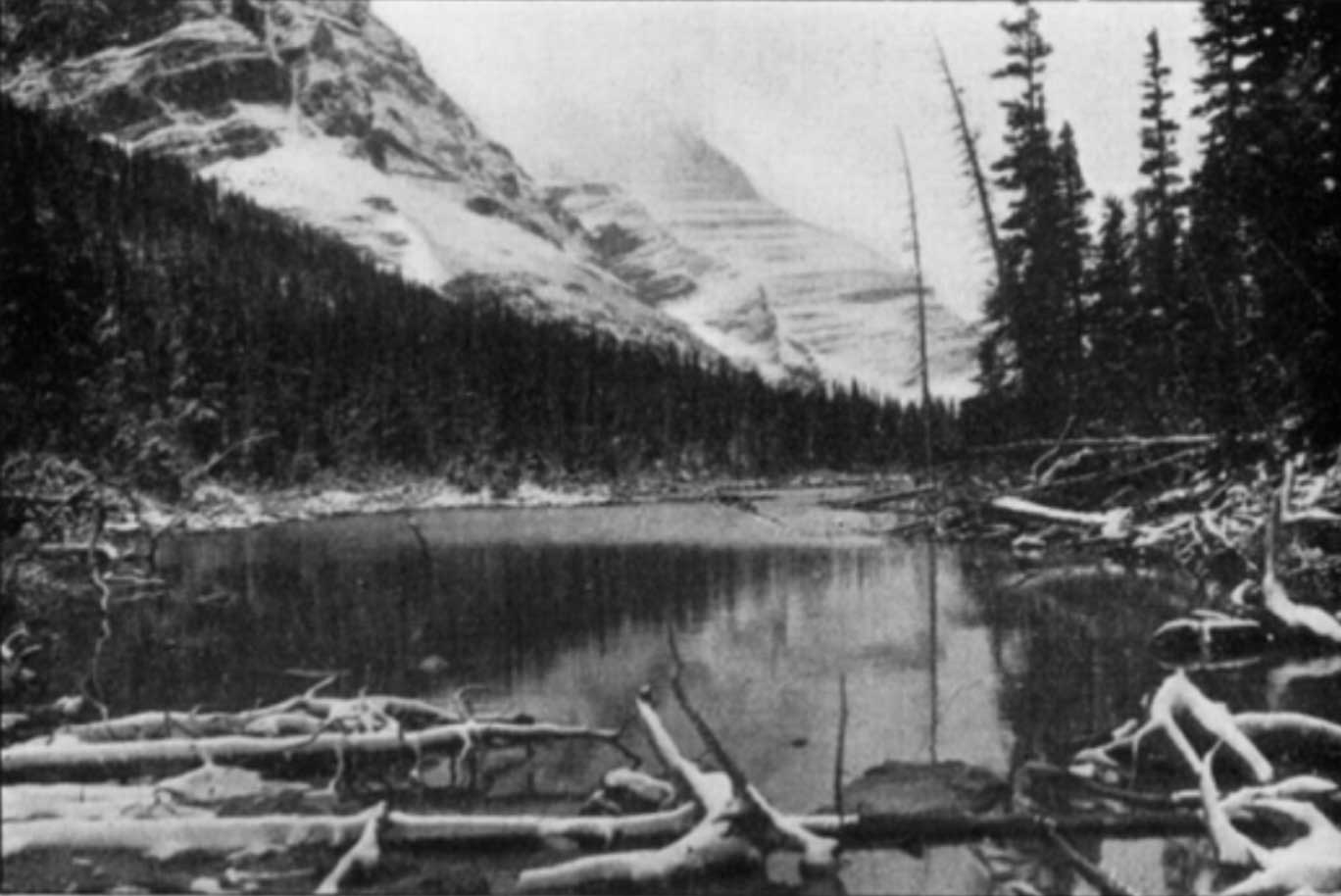 “Nestling in a setting of dark green spruce and scintillating like a royal blue gem is the delightfully picturesque little Lake Adolphus, which forms the source of the Big Smoky River flowing from Robson Pass,” wrote surveyor and explorer Arthur Oliver Wheeler in 1911. The lake is in Alberta, a few hundred metres from the British Columbia boundary.

Arthur Philomen Coleman named the lake after his Métis guide Adolphus Moberly (b. ca. 1887): “Brawny Adolphus was ignorant but a mighty hunter and a born leader.” Adolphus guided Coleman from Jasper to the Robson Pass on the geology professor’s 1908 attempt to climb Mount Robson.

“Adolphus was the most typical and efficient savage I ever encountered,” Coleman wrote, “a striking figure, of powerful physique and tireless muscles, and thoroughly master of everything necessary for the hunter in the mountains. Mounted erect on his horse, with gay clothing and trappings, he was the ideal centaur.” Adolphus led Coleman’s party up the Moose River Valley, and left the group after pointing out the way to Robson Pass.

Adolphus was son of Ewan Moberly and grandson of the Iroquois Susan Cardinal (or Kwarakwante) and Hudson’s Bay Company clerk Henry J. Moberly, who served at Jasper House from 1858–61.

Adolphus’s family was among the six Métis families who were forced to leave the Jasper area after the establishment of the national park in 1907. “The fall of 1909 there was Adam Joachim, Tommy Groat, William, Adolphus, if I remember rightly where were four men came from Jasper House,” recalled James Shand-Harvey. “William and Adolphus Moberly, and there was Tommy Groat, he was just going to get married, no, he was married then, to his wife Clarice (Clarice Moberly, Ewan’s daughter), and Adam Joachim. Old Ewan and John, they both stayed on the place, figured they were too old to work, the younger fellows could build the houses. They put the houses up and some time before New Year they moved in. They stayed there at Rat Lake. And the only one of the bunch that did not go to Grande Cache was Isadore Finley.”