British Columbia. Mountains
A division of the Columbia Mountains, extending N from Washington on the W side of the Arrow Lakes, Columbia River and Canoe Reach Kinbasket Lake
51 N 119 W — Map 82L/15 — Google — GeoHack
Earliest known reference to this name is 1881
Name officially adopted in 1918
Official in BC – Canada 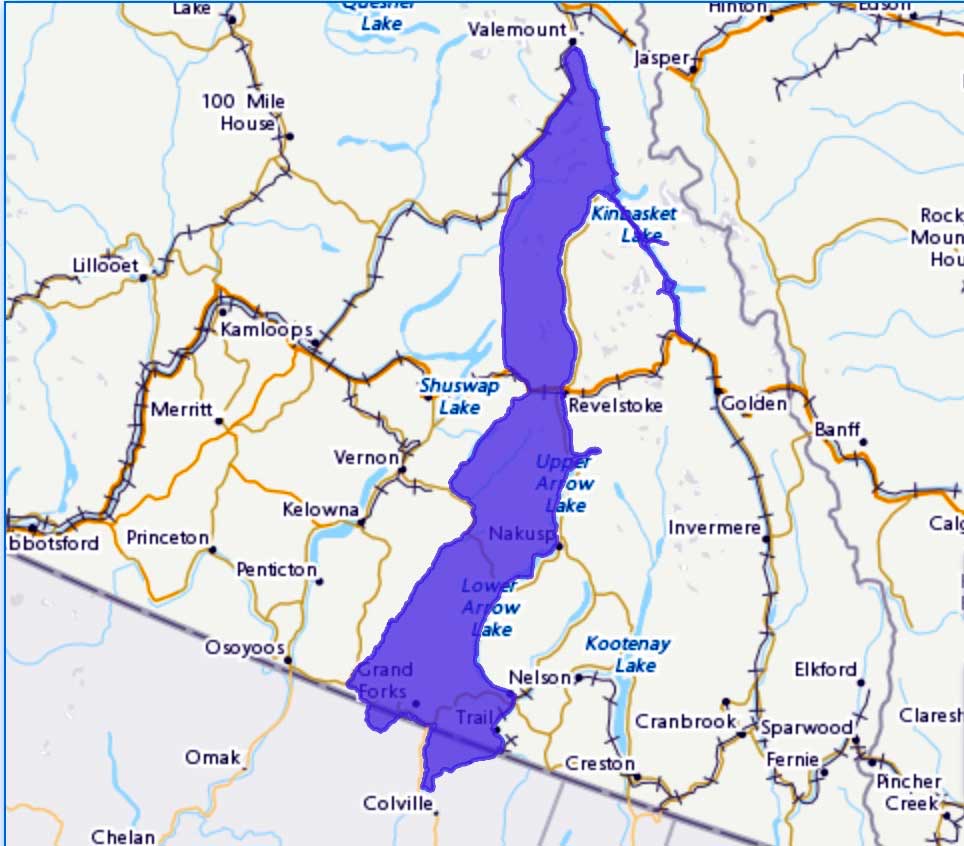 From the Gaelic, monadh-sith, “mountain of peace.” Mountain named c. 1881 by Donald McIntyre, a Highlander who first staked the Monashee Mines. (Ok. 6:156-157). A somewhat similar name is Monadhliath, mountain in Inverness-shire, “grey or light blue mountain or moor” (12th Report of the Okanagan Historical Society, 1948).

Adopted 2 April 1918 on Ottawa file OBF 0248, to include all the mountains in the southern interior, from Upper and Lower Arrow Lakes and Columbia River west to the valleys of the Okanagan and Spallumcheen Rivers and Shuswap Lake, and from the US border north to the Canoe River. Application confined 10 July 1963 on 82L; the mountains of the Shuswap and Quesnel Highlands are now included in the Interior Plateau rather than within the Monashee Mountains.