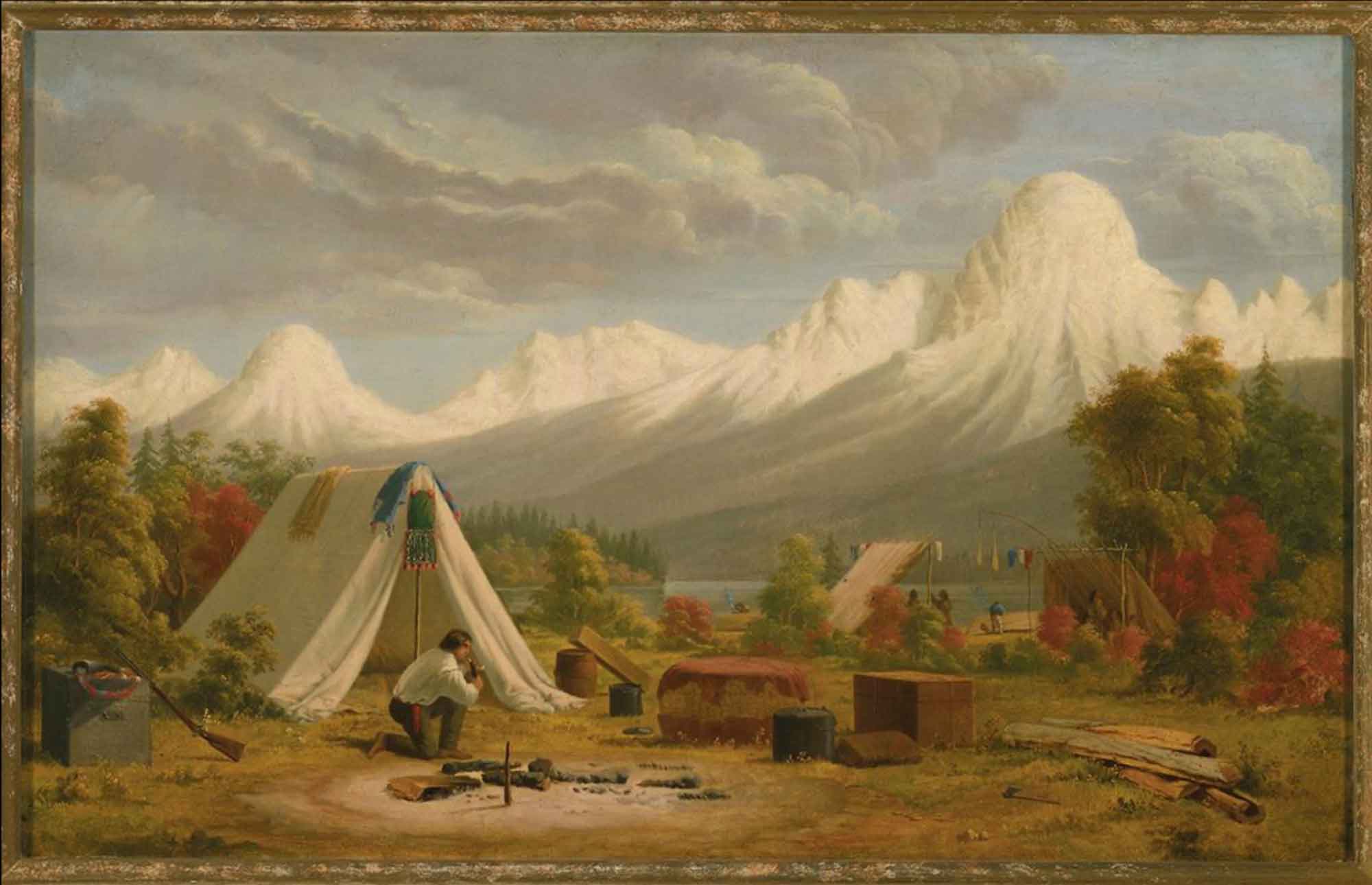 The site where David Thompson [1770–1857] and his party camped in the winter of 1811, after crossing Athabasca Pass, was submerged by Kinbasket Lake in 1973. “Boat Encampment,” previously an offical name, was cancelled in 1974.

Thus we continued day after day to march a few miles, as the Snow was too wet and too deep to allow the dogs to make any progress ; on the 26th we put up on the banks of the Columbia River, my Men had become so disheartened, sitting down every half mile, and perfectly lost at all they saw around them so utterly different from the east side of the Mountains, four of them deserted to return back ; and I was not sorry to be rid of them, as for more than a month. past they had been very useless, in short they became an incumbrance on me, and the other men were equally so to be rid of them; having now taken up my residence for the rest of the winter I may make my remarks on the countries and the climates we have passed.…

Our residence was near the junction of two Rivers from the Mountains with the Columbia: the upper Stream which forms the defile by which we came to the Columbia, I named the Flat Heart, from the Men being dispirited; it had nothing particular. The other was the Canoe River; which ran through a bold rude valley, of a steady descent, which gave to this River a very rapid descent without any falls.

Thompson’s “Flat Heart” River is now Wood River. It is clear from this text that both the Athabasca Pass and the Canoe river region had been visited earlier than this by his guide, Thomas the Iroquois, and by other Nipissing and Iroquois Indians, but Thompson was the first white man to cross it.

The name “Boat Encampment” appears on the 1871 Trutch map. On the 1859 Arrowsmith map it appears as “Canoe Encampment.”