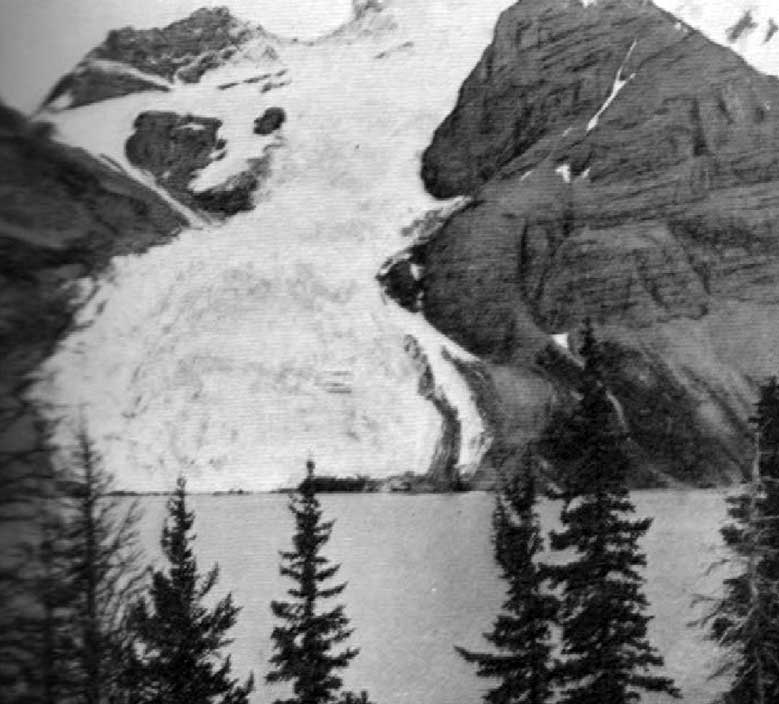 Adopted 8 January 1924, in association with Berg Lake, into which the glacier falls.