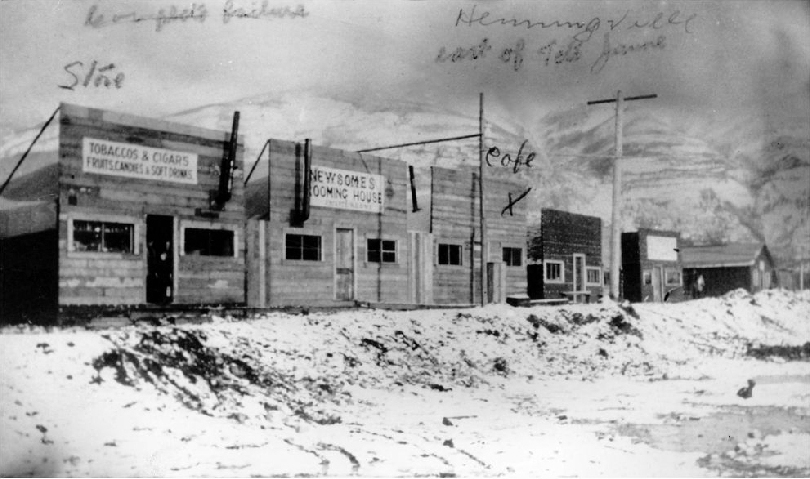 In the years after 1912, Henningville grew into a small hamlet with a Canadian Northern Pacific warehouse and some dozen other buildings, including the Austin Brothers store, Cox’s post office, and a pool hall. The name Henningville was rarely used, because the railroaders all called the location “49.”

In the Tête Jaune Cache area, on the Grand Trunk Pacific, people lived in several communities: Mile 53, where the Siems-Carey and the Foley, Welsh and Stewart wharves bordered the Fraser River, Mile 52, where the new train station, Main Street and the red-light district were, Mile 51, where a ship-building yard had been set up to rebuild two sternwheelers, originally from Victoria, B.C., and Mile 49, later to be known as Henningville.

Tête Jaune Cache magistrate William A. Jowett noted in his diary in June, 1914: “To 49 for Henning’s surprise party on his return from being married with Bel and had a good time!”

The Henningville post office opened in 1913; in 1917 the name was changed to Tête Jaune Cache.