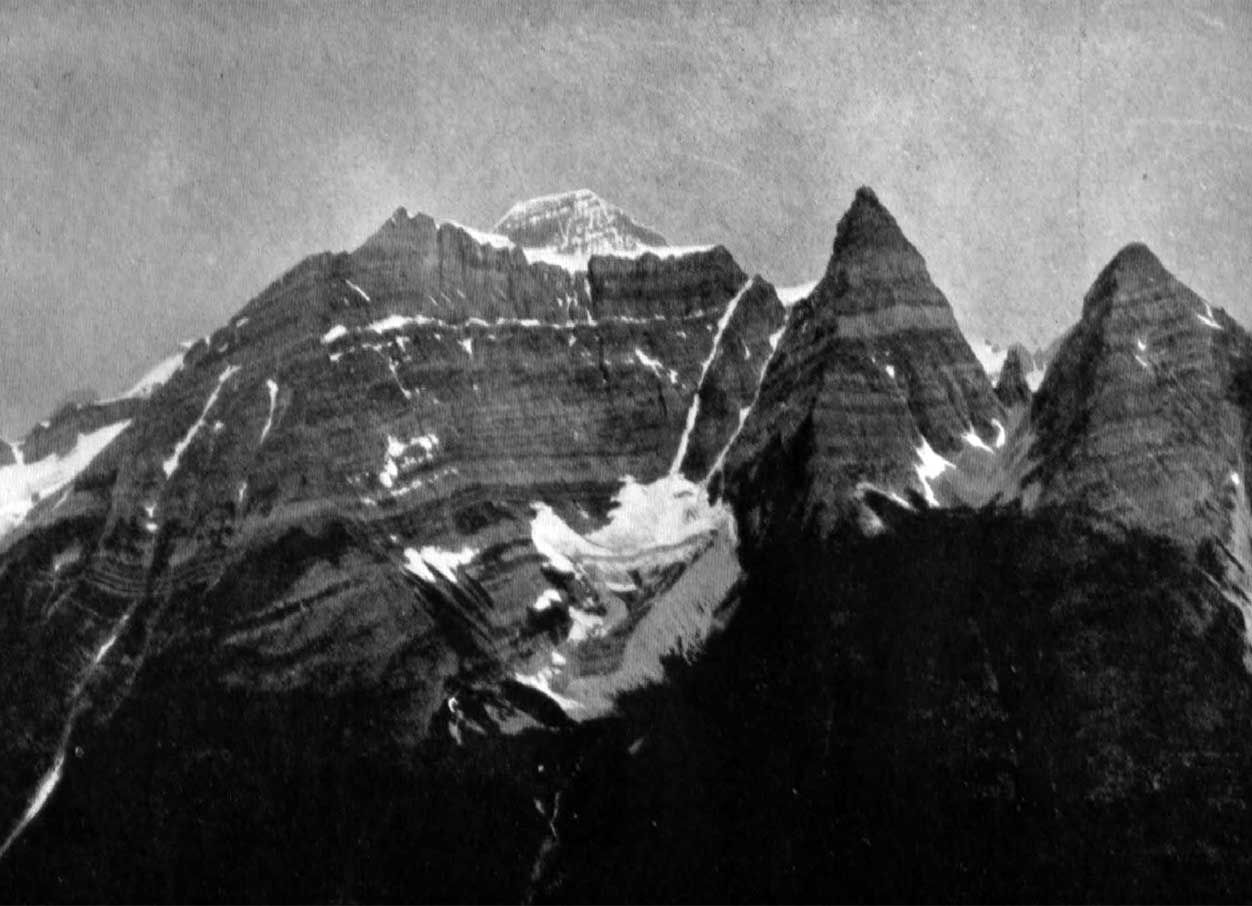 “Mount Kitchi” was adopted in 1915 as established by Mary Jobe’s reports in mountaineering journals. The name was changed to “Mount Alexander Mackenzie” in 1916 as recommended by American alpinist Samuel Prescott Fay (Ottawa file OBF 0216, item 72). The name was further changed to “Mount Sir Alexander” in the 15th Report of the Geographic Board of Canada, 31 March 1917.

To perpetuate the name “Kitchi,” A. J. Campbell, British Columbia Land Surveyor, has placed it on Mount Kitchi to the north, as shown on his 1929 survey plan 10T264, McGregor River area.