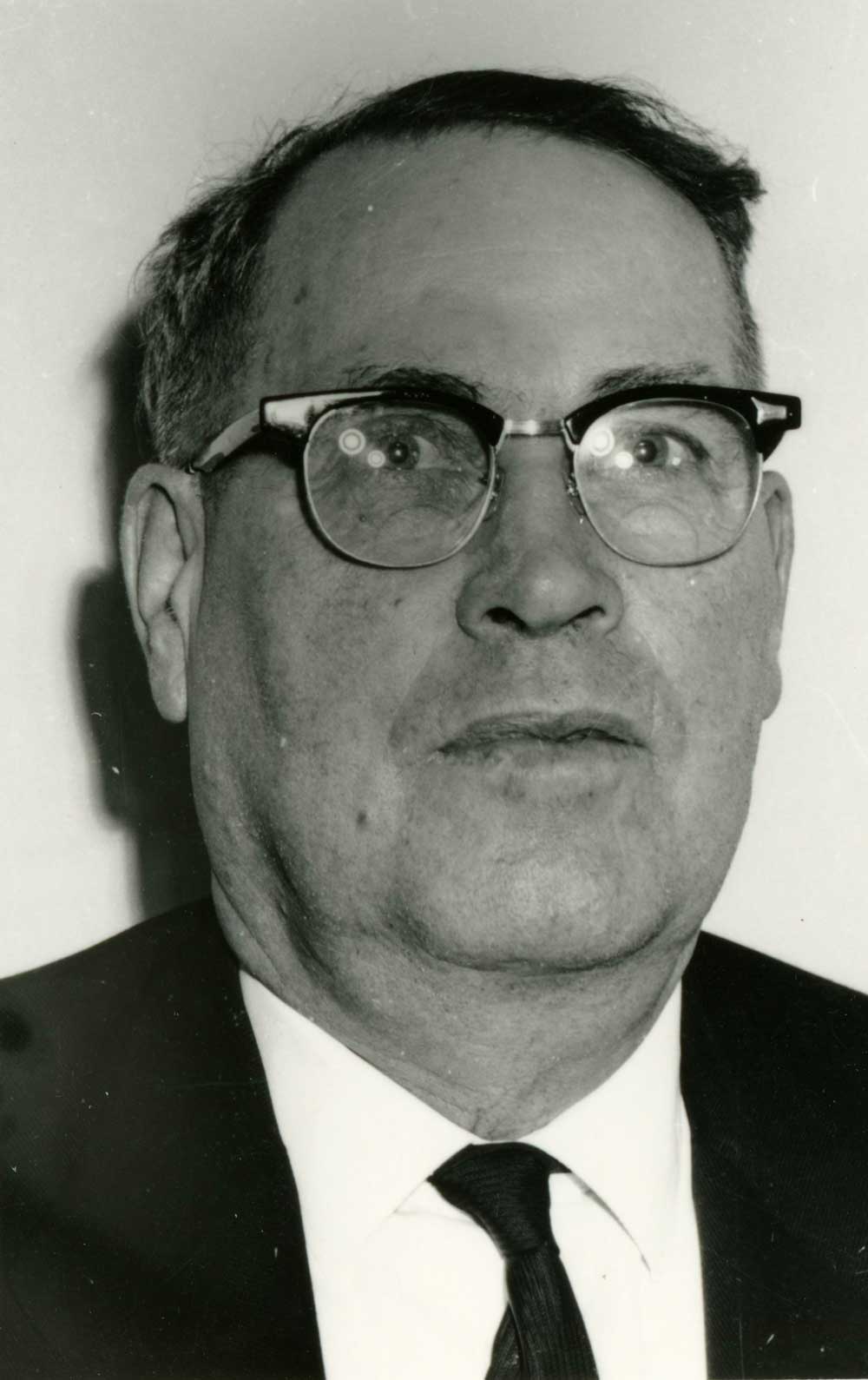 Freeman (Friday) Lonsdale (1893-1986) came to McBride in 1912, when there were only two buildings in town. In 1915, when Friday was a lineman with the railroad, he married Helena M. Renshaw (1899-1985). Helena was born in Washington Territory and came to Canada from Idaho with her parents in 1908. They followed the construction of the railroad from Edmonton through Wolf Creek, Bickerdyke, Tête Jaune Cache, and then to McBride in 1914. In 1919, Friday and Helena moved to Loos where they homesteaded for twenty five years. They returned McBride in 1944 and purchased the Tommy Ricardson store which they operated along with the taxi business and a rooming house. The store and the taxi business were sold in 1963, the rooming house in 1964. The Lonsdales moved to Chase in 1970.

Mrs. Lonsdale was a charter member of the Royal Purple (1948). She was active in the Hospital Auxiliary and Board of Trade.

Mr. Lonsdale was active in the Elks, the school board, the board of trade, and the McBride Parks Board. He was the Appointee from the Village of McBride on the McBride and District Hospital Board of Directors. Friday was one of the main workers in the development of the Doré River Park. He was on the village council for 14 years.

Big Shale Hill. Boundary trail. Fishing at Kakwa (Porcupine) Falls. Usually at lunch in the saddle. A grizzly prank. Duration of most trips. Almost snowbound on the Divide. Plane wreck at Kakwa Lake. A 32 year old reunion in the wilderness with Archie Clark. Camp equipment and organization described. Handling the horses. Clients and costs. Working on GTP Railway in 1911. Floated upper Fraser River on a scow in 1912 en route to Vancouver. Took stage from Soda Creek. Speaker: Freeman Lonsdale.

Aileen Lonsdale was born in the Washington Territory and moved around all her childhood; moved to Wolf Creek in 1909. She describes what was happening in Wolf Creek when she moved there, including her father’s stopping house; she describes her family, Renshaw, including her brothers and her father, Robert Haldane Renshaw; she describes the area; steel mining; locations of railway stations; Mile 52; Valemount; Mile 49; railway construction camps; a description of Tete Jaune; bootlegging and smuggling during prohibition; some anecdotes about what life was like; moving to McBride in 1914; a description of McBride and life there when she arrived. Mrs. Lonsdale continues with a description and anecdotes about the Indians at Tete Jaune; she describes Tete Jaune Cache and the surrounding area; Tete Jaune Mary.