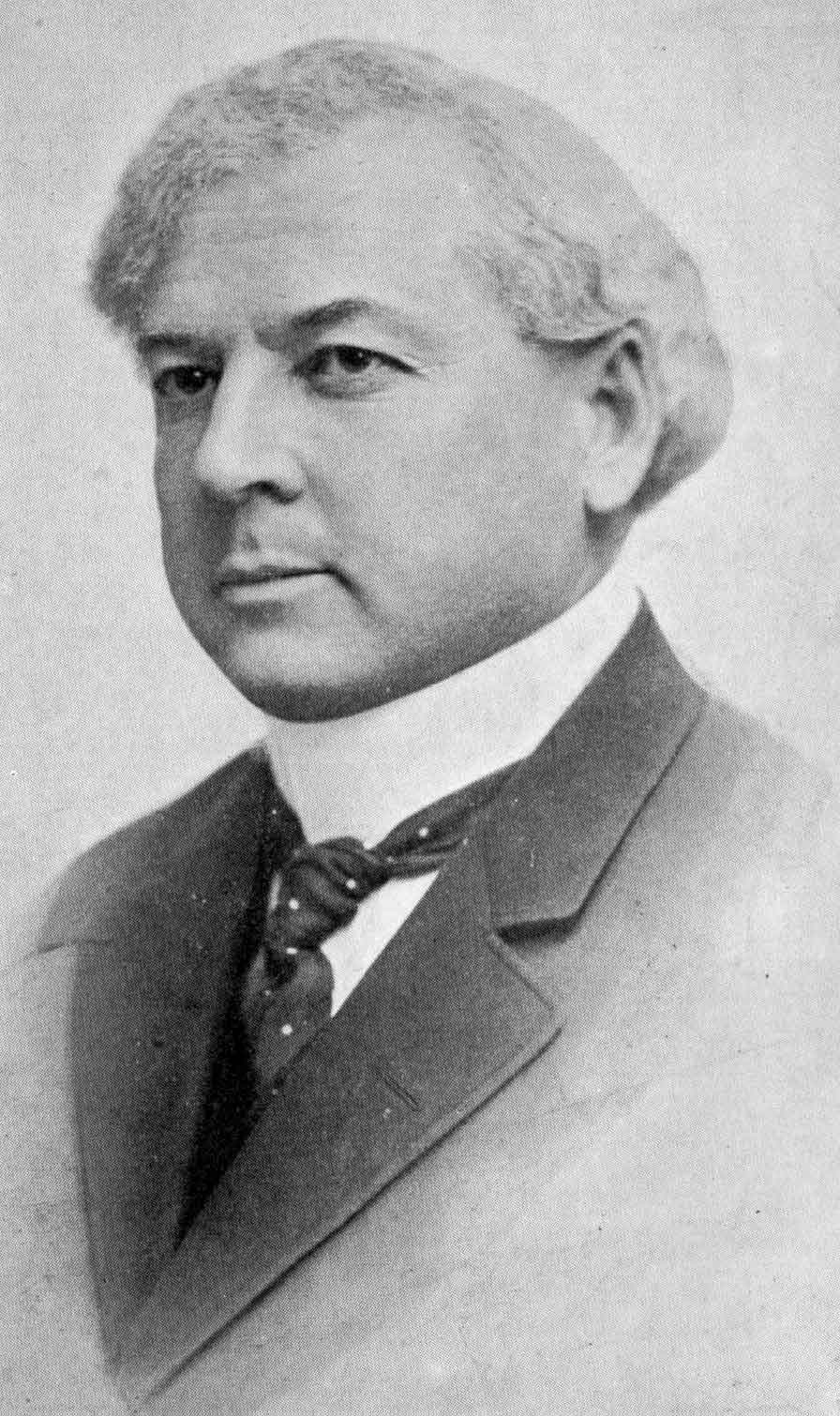 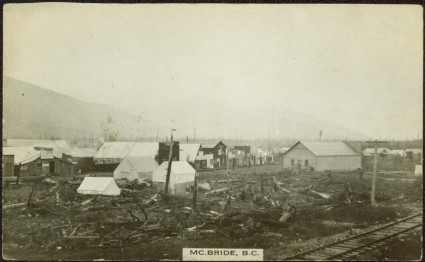 “The first townsite laid out on the Grand Trunk Pacific Railway in this district is McBride (Mile 90), which will be a divisional point. Yards have been laid out here on a large scale and the construction of shops and a roundhouse is well under way. The town which will arise here will probably contain the first post-office, and being in the heart of the best agricultural land will no doubt become a general centre.” — Morkill, South fork of the Fraser, 1913

In 1910, when Louie Knutson first came through what is now the village of McBride, it was known as the Flats. In 1911 surveyors chose as a townsite and divisional point Mile 90, where the valley opened up into a wide flat area with an ample water supply. They named the new town after the premier of British Columbia, Richard McBride (1870-1917).

Richard McBride’s government chartered a new railway, the Grand Trunk Pacific, but the government did not initially grant a subsidy. Later it did make certain grants which lead to cries of corruption and a demand for investigation. After winning another election in 1907, McBride went off to England, where Lord Grey observed, “I like the look of that picturesque buffalo, McBride.” For his labours on behalf of the province, his ardent support of the Conservative party, his promotion of the imperial connection, his championing of the navy and for the loyal support he gave the federal Prime Minister, Robert Borden recommended to the Governor-General that McBride be invested with the Order of the Knight, Commander of St. Michael and St. George.

McBride’s most famous decision was the acquisition of two Seattle-built submarines in early August 1914, just before American neutrality laws came into effect. “The people’s Dick” beat Uncle Sam to the draw. A few days later the submarines were taken over by the Dominion government.

McBride settled in London, Englnd, where he became agent-general for British Columbia. Health declining, he resigned his post on 20 May 1917, hoping to return to his native province. He died on 6 August 1917, at age 47.