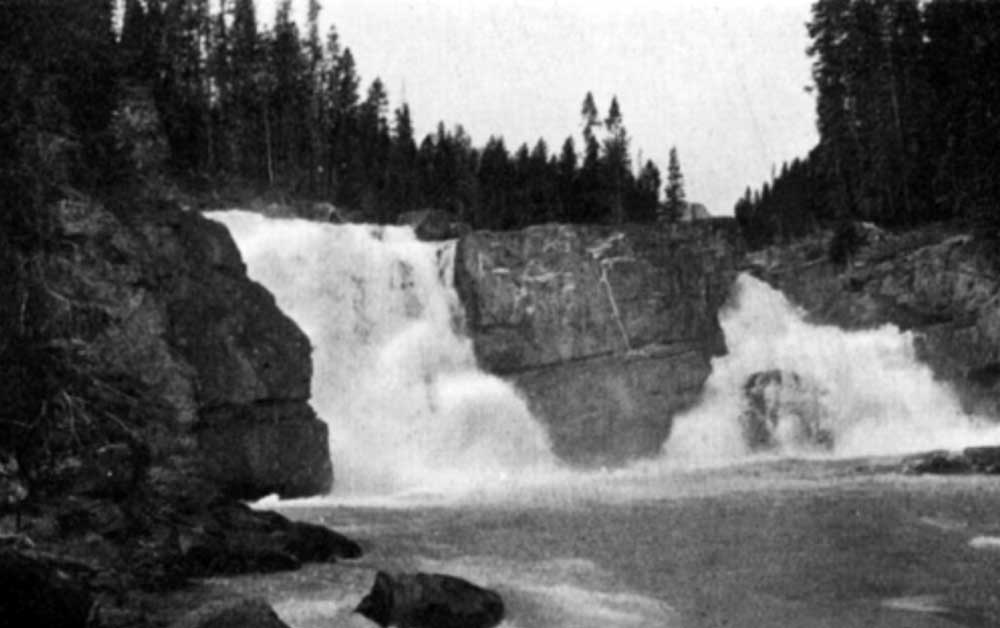 “Moose River emerges from a canyon directly beside the railway. It is very fine and will be a most attractive feature to the travelling public. The canyon is not more than two hundred yards in length and about 150 feet deep. There are two falls near the head, of which the upper drops 50 feet and the lower 20 feet. Here the grandeur and awe of the spectacle culminates; the gorge is at its wildest, the sheer rock walls at their steepest; you are between the two falls; flying mist and spray fill the available space and eddy and circle continuously. On sunny days baby rainbows play hide and seek. I counted, at one and the same time, half a dozen at various points of view. The name Rainbow Falls and Canyon is suggested as attractive and appropriate; the more so that the mountain group, of which Robson is the dominating mass, is known as the Rainbow Mountains. The canyon is an exceptionally fine study of the action and effect of a powerful glacial torrent.”

So wrote Arthur Oliver Wheeler about the 1911 Smithsonian-Alpine Club of Canada expedition to Mount Robson. Wheeler indicated Rainbow Canyon on the map accompanying his report in the 1912 Canadian Alpine Journal.