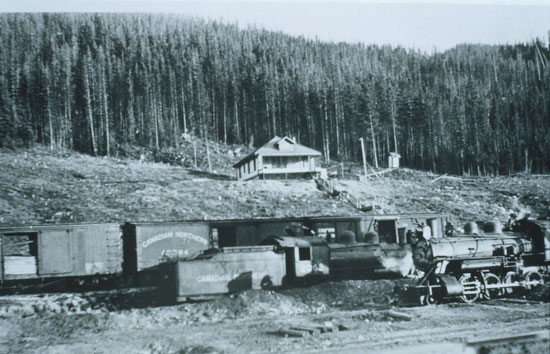 Lucerne Station was named for the resemblance of the setting, on the north side of Yellowhead Lake, to Lucerne, Switzerland. It was built by the Canadian Northern Pacific Railway in 1913. The Grand Trunk Pacific Railway had laid its track south of the lake the year before, and also built a station.

Grand Trunk Pacific station on Yellowhead Lake, similar in size and construction to the station at McBride

Men sitting in front of former railroad station at Lucerne, between 1945 and 1949. UBC Library Digital Collections