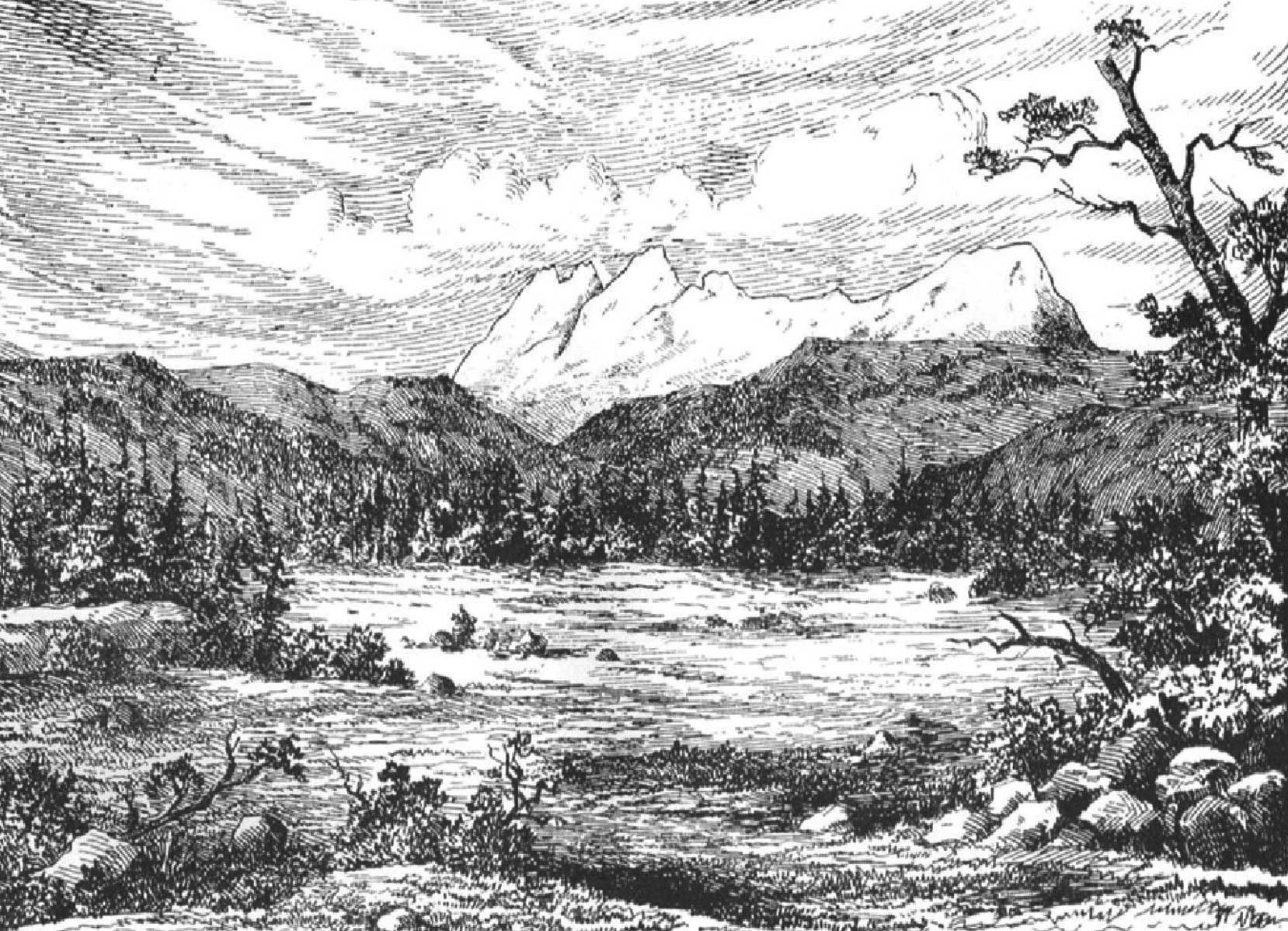 The Yellowhead Pass. Sir Sandford Fleming, based on an expedition in 1872
Alpine Club of Canada

On the Yellowhead Pass.
Photo: Mary Schaffer, 1908
Whyte Museum of the Canadian Rockies 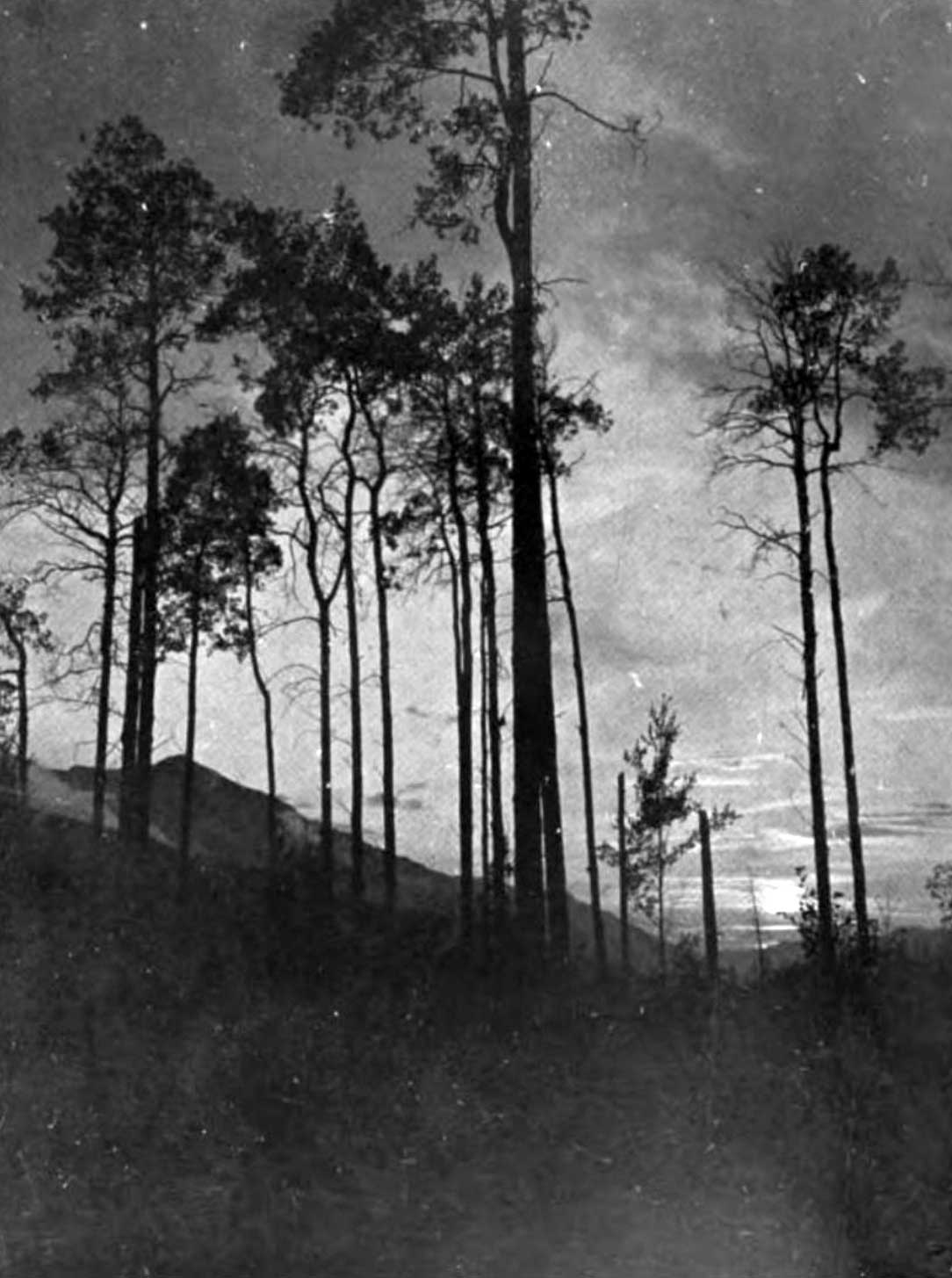 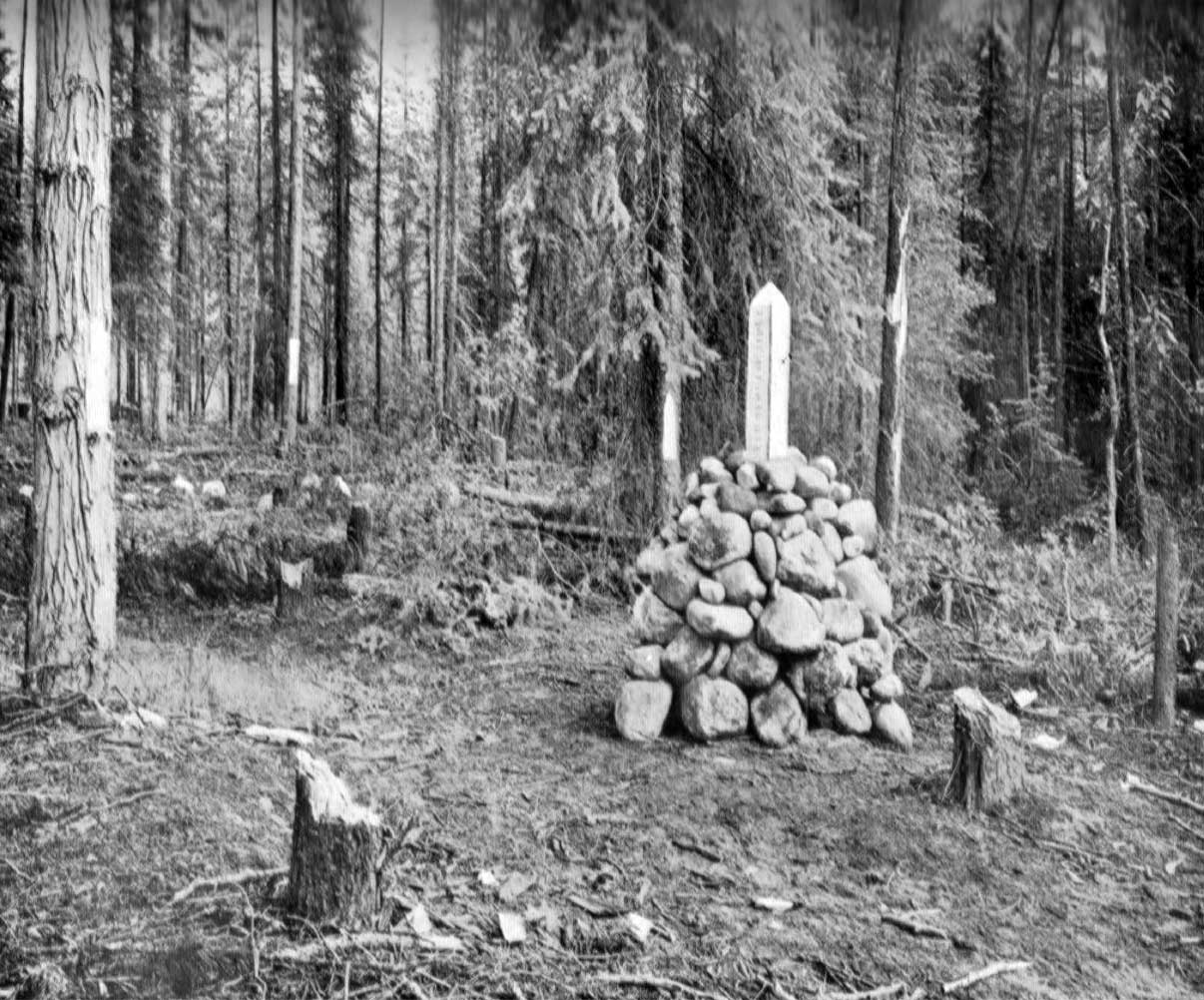 “Tête Jaune Cache is some fifty miles down on the west side from the summit of Yellowhead Pass, not far from the junction of the North or Grand fork with the southerly branch of Fraser River. It was so named from the fact that an Iroquois trapper known as “Tête Jaune” or “Yellow Head,” made this cache the receptacle for his catch of fur. He seems to have been a man of some celebrity in the neighborhood for, presumably, the pass has been named after him.”
— Arthur Wheeler

“Tête Jaune” was the nickname of Pierre Bostonais (d. 1827), a guide of Iroquois extraction who worked for the North West Company and Hudson’s Bay Company. In 1825, he guided the first party recorded to cross the pass. From 1826 until the 1850s, the pass was occasionally used by the Hudson’s Bay Company to transport leather from the Saskatchewan District to New Caledonia. Despite its low elevation — at 1,131 metres second only to the Monkman Pass in the Canadian Rockies — and its mildly inclined approaches, it was used only sporadically during the fur trade. The route over the Yellowhead Pass stretched, without intervening posts, for more than 400 miles between Jasper House, on the Athabasca River, to Fort George, on the Fraser. “The lengthy and uninterrupted isolation imposed on the brigades along the route, the unreliable navigability of the Athabasca and Fraser rivers, and the unpredictable weather of the usual mid-autumn journey presented problems,” according to historian David Smythe.

“It was also used to some extent by the Rocky Mountain Indians of the Shuswap tribe on the journey from Kamloops via Thompson River to Athabasca River at Jasper House, where, presumably, they carried on trade with the fur company,” according to Arthur Oliver Wheeler, who surveyed the pass in 1917 for the commission appointed to delimit the boundary between the provinces of Alberta and British Columbia.

The fur traders who used this pass in the first half of the nineteenth century never called it, or any other mountain pass, a pass. They called it a portage. Infrequently called the New Caledonia portage in the letters and journals of the period, the Yellowhead Pass was almost exclusively referred to as the route or portage via Tête Jaune Cache. On a few occasions in the 1820s, the officer in charge of New Caledonia referred to the route as “the Leather track,” encompassing the entire distance between Fort George and Jasper House. After 1860, the pass was also briefly known as the Cowdung Pass, after an early name of Yellowhead Lake. It was also referred to at various times as Leatherhead Pass, Jasper and Jasper House Pass, Tête Jaune and Tête Jaune Cache Pass, Myette Pass, and even the Rocky Mountain Pass. The actual name “Yellowhead” appears to have first been used on the Arrowsmith 1859 map.

Sir Sandford Fleming crossed the pass in 1872, reconnoitering a route for the Canadian Pacific Railway:

A few minutes afterwards the sound of a rivulet running in the opposite direction over a red pebbly bottom was heard. Thus we left the Myette flowing to the Arctic ocean, and now came upon this, the source of the Fraser, hurrying to the Pacific. At the summit Moberly welcomed us into British Columbia, for we were at length out of “No man’s land,” and had entered the western province of our Dominion [B.C. became a Canadian province in 1871]. Round the rivulet running west the party gathered and drank from its waters to the Queen and the Dominion. Where had been little or no frost near the summit, and flowers were in bloom that we had seen a month ago farther east. Before encamping for the night we continued our journey some twenty-six miles farther into British Columbia, well satisfied that no incline could be more gentle than the trail we had followed to the Pacific slope through the Yellow Head pass.

“It was originally selected as the route of the Canadian Pacific Railway but was later abandoned,” Wheeler noted. “Now it is crossed by two other transcontinental lines of the Canadian National Railways.”