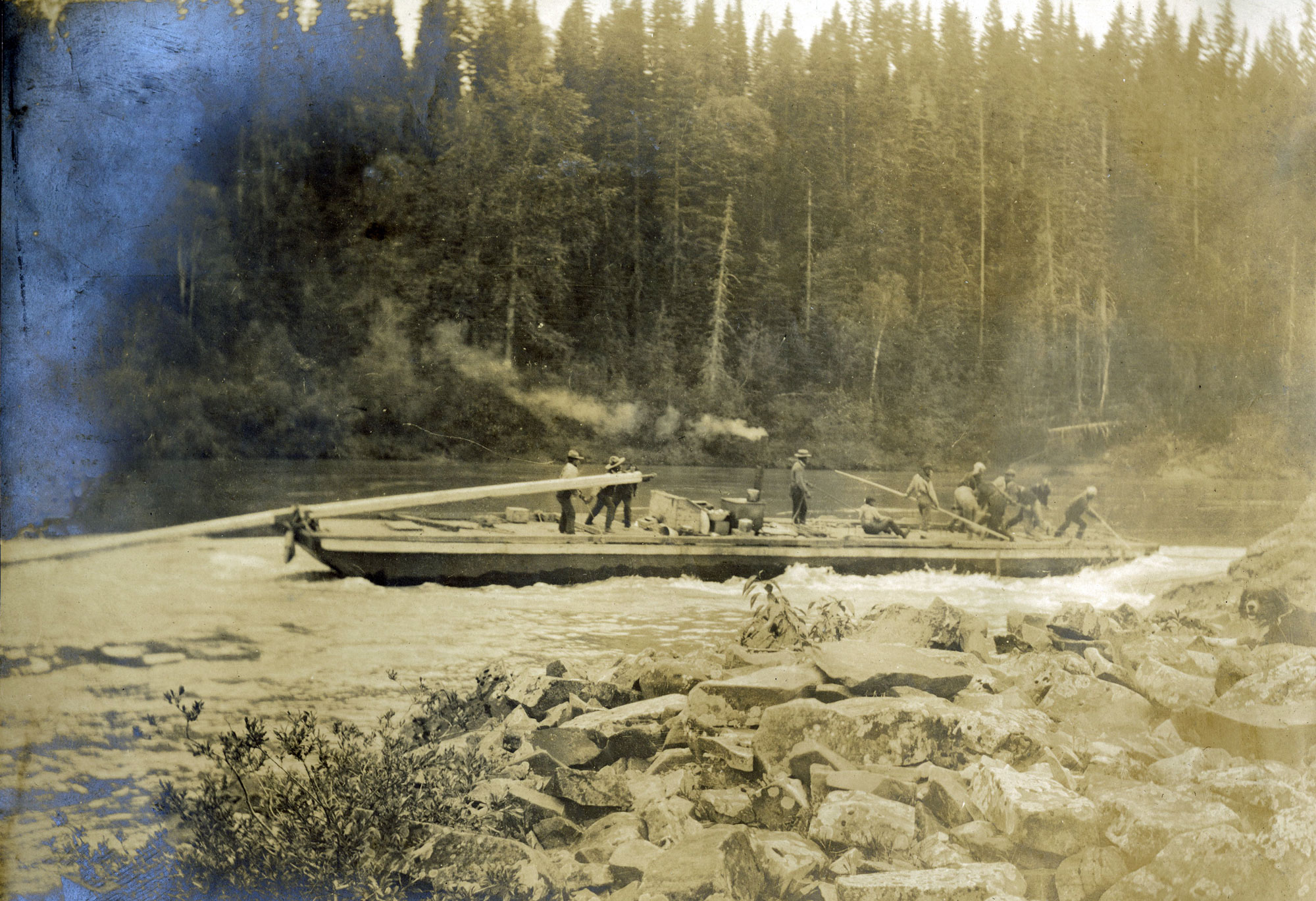 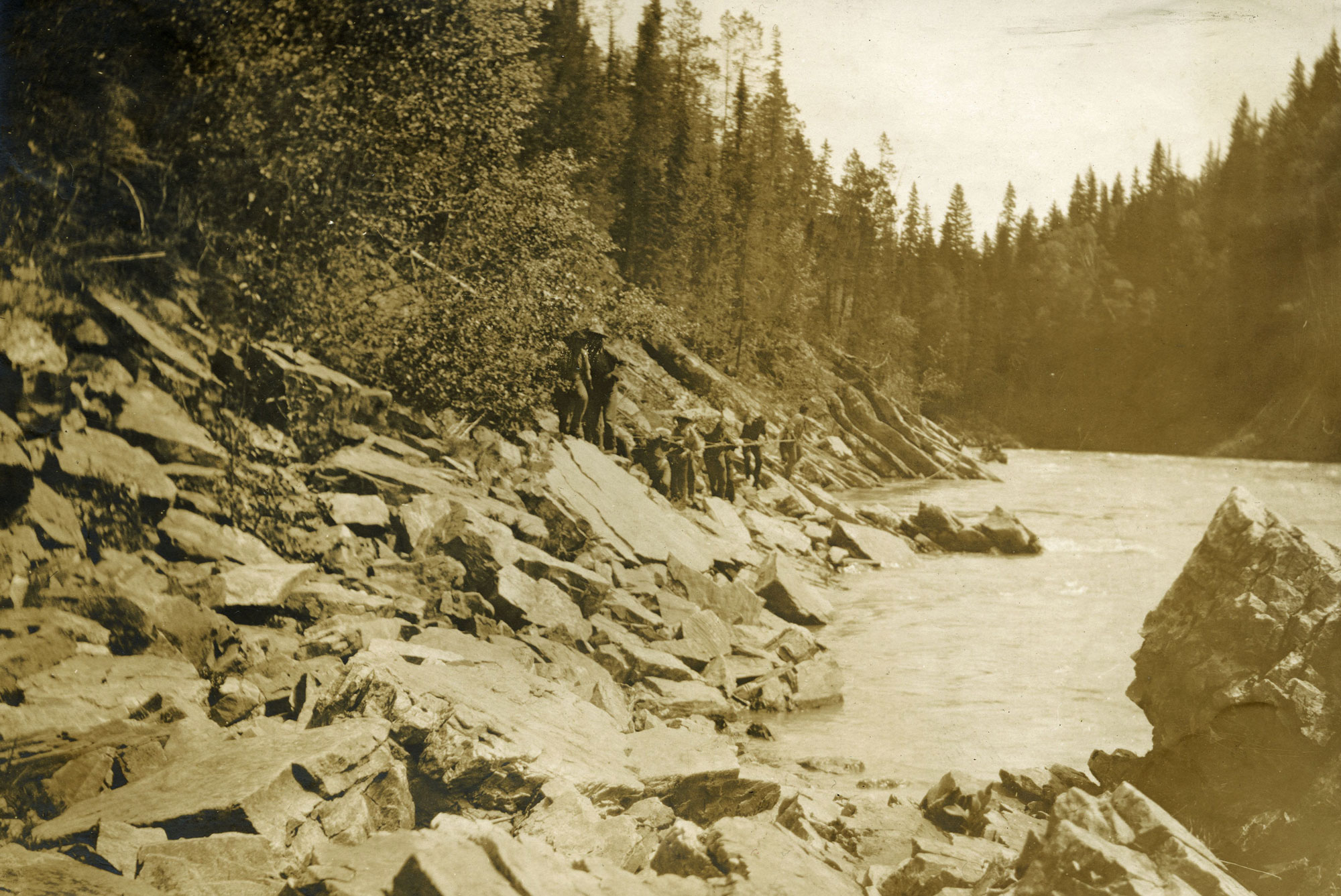 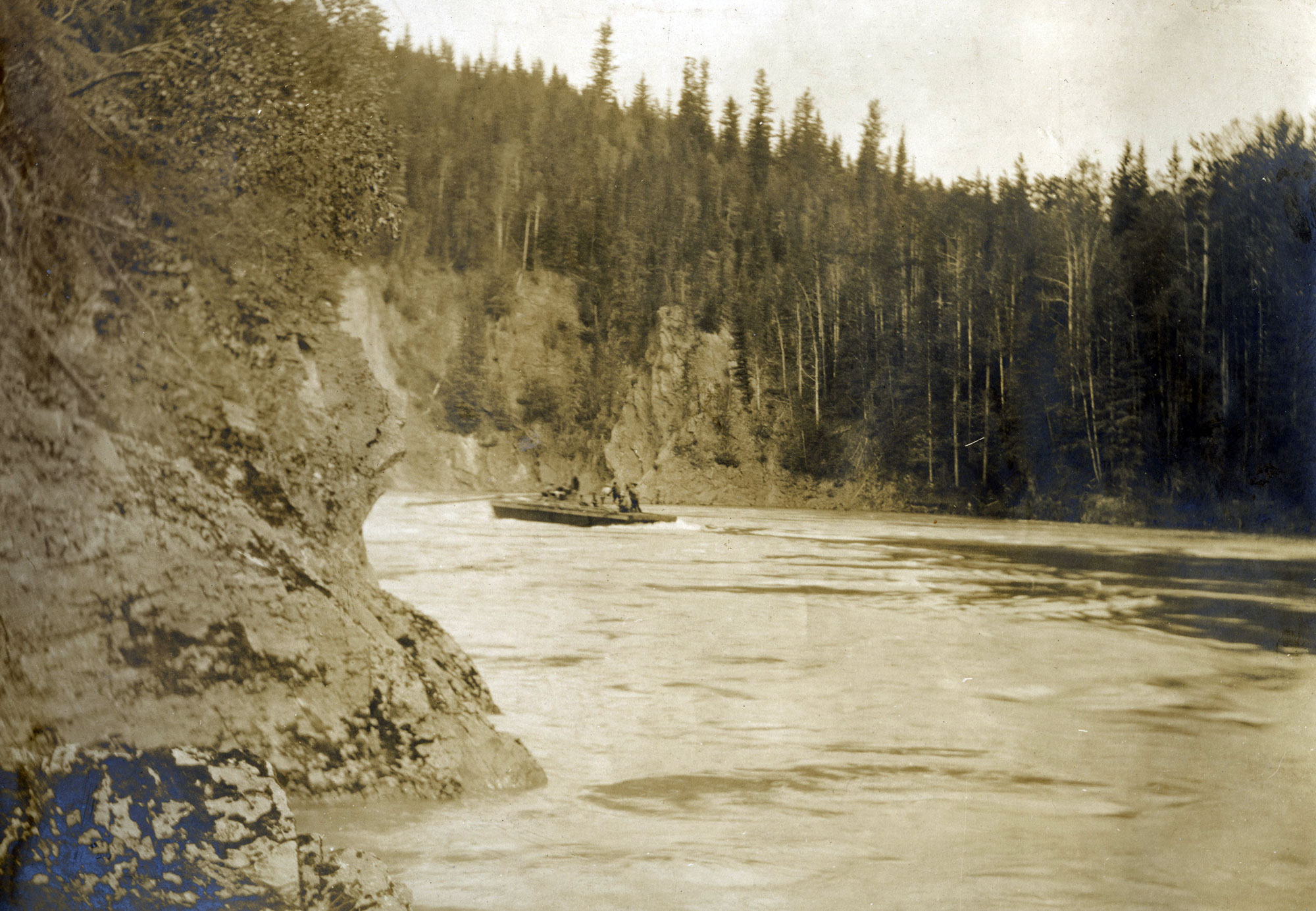 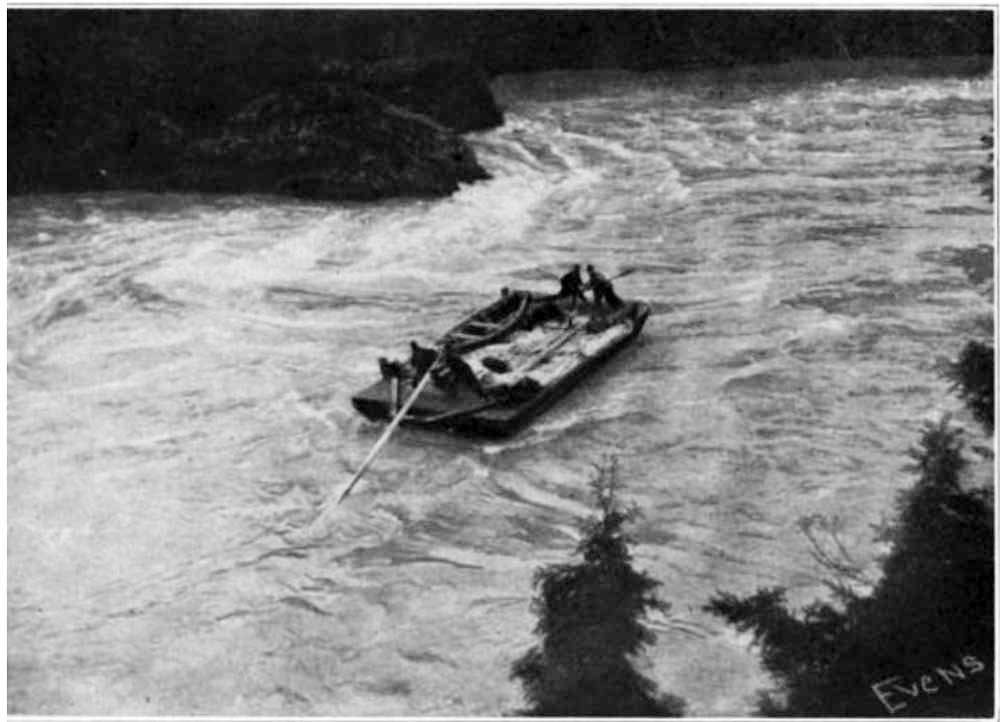 Shooting the Grand Canyon of the Fraser. 1912
Report of the Minister of Lands for British Coloumbia

Frederick Talbot, describing the rigours of surveying for the Grand Trunk Pacific Railway between Tête Jaune Cache and Fort George (current-day Prince George), in the years before 1911:

Owing to the vicious character of the river this task was one beset with innumerable difficulties. Forty miles outside of Fort George is a furious rush of water over 9 miles in length — the Giscombe Rapids — where the water bubbles, froths, and speeds along at a terrific pace over a shallow bed littered with chisel-pointed rocks. Some 60 miles beyond is the Grand Canyon of the Upper Fraser, which is a veritable death-trap, where the inexpert, as well as the dexterous water-dog, often has met his end. Even the Indians for the most part regard it with a certain awe, especially during certain periods of the year, when it is little better than a maelstrom, and wherein several members of their tribe have met their Waterloo. The third danger is the Goat Rapids, a little west of the Goat River, where the river tumbles downhill very suddenly, and where, in order to negotiate the boiling water, skilful navigation is imperative to manoeuvre the boat from one side to the other of the river in order to avoid terrible obstacles.