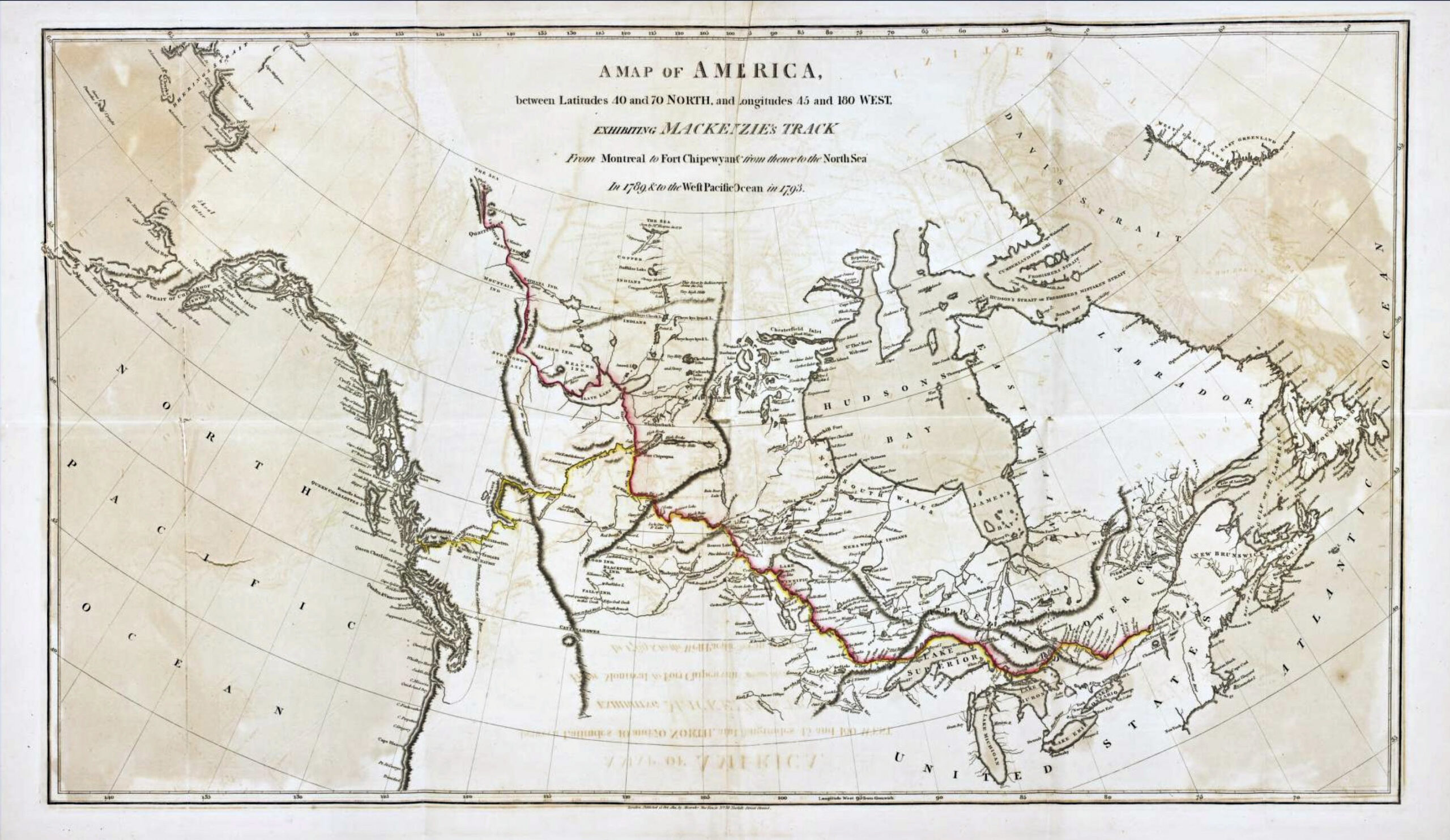 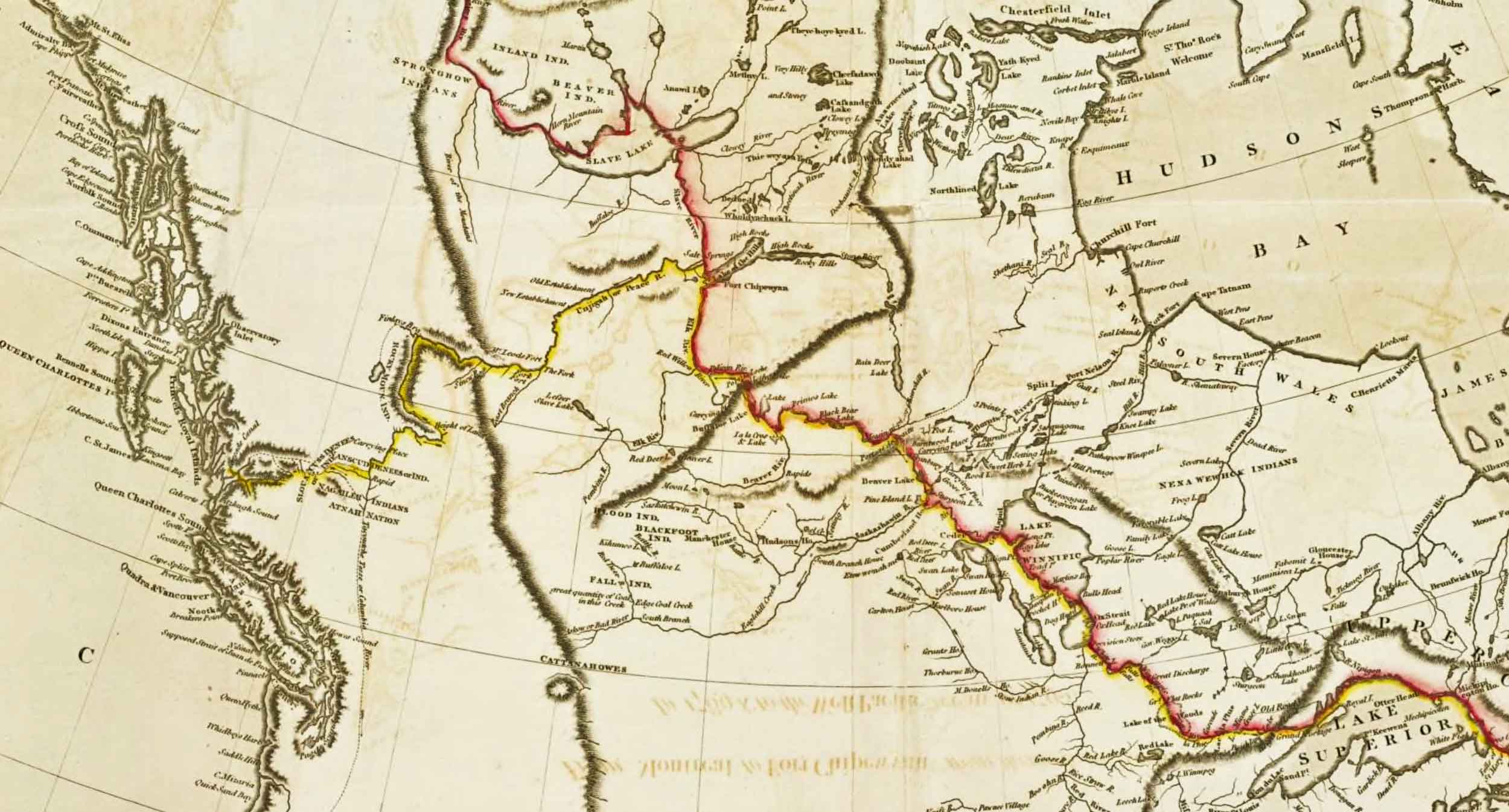 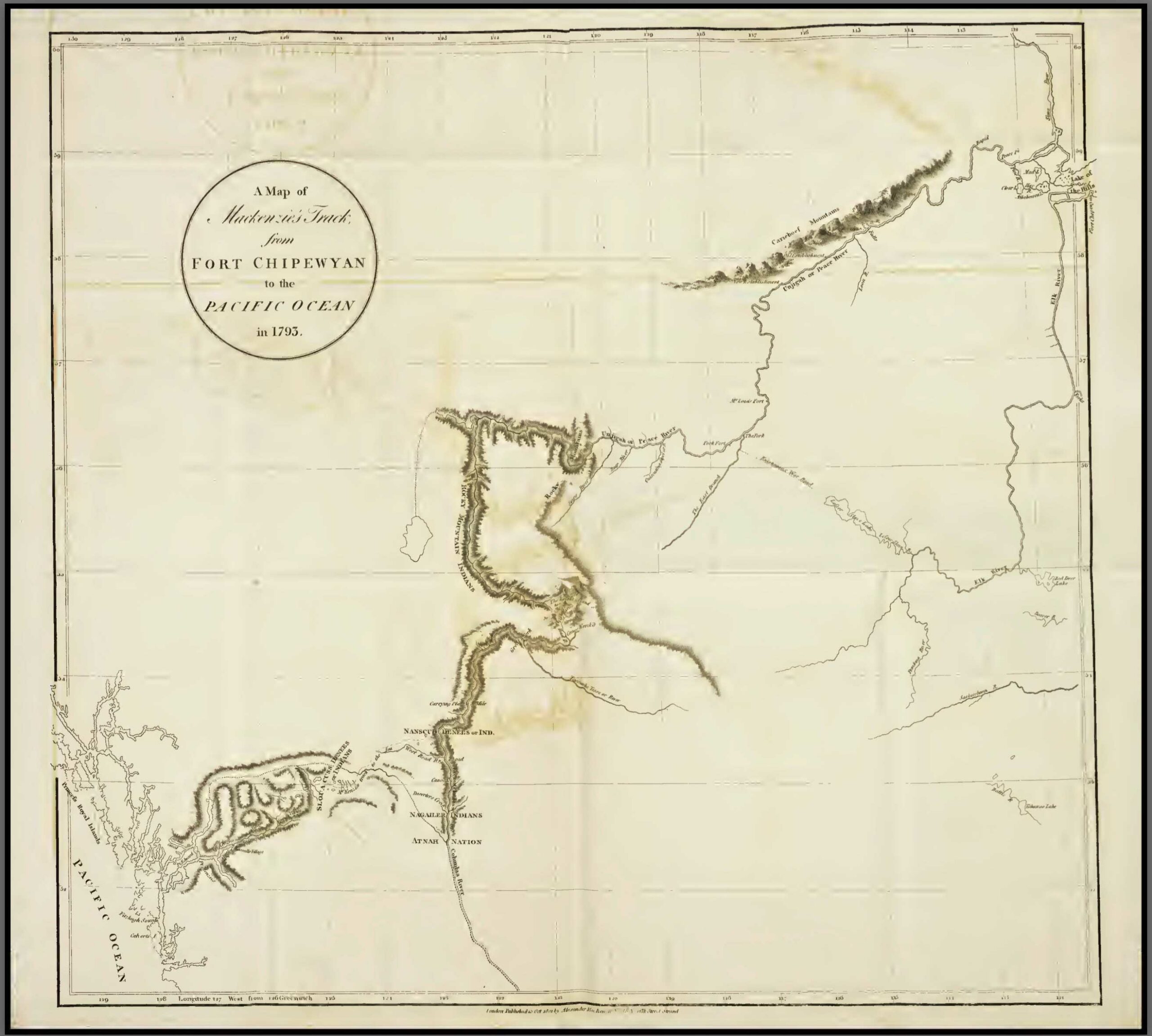 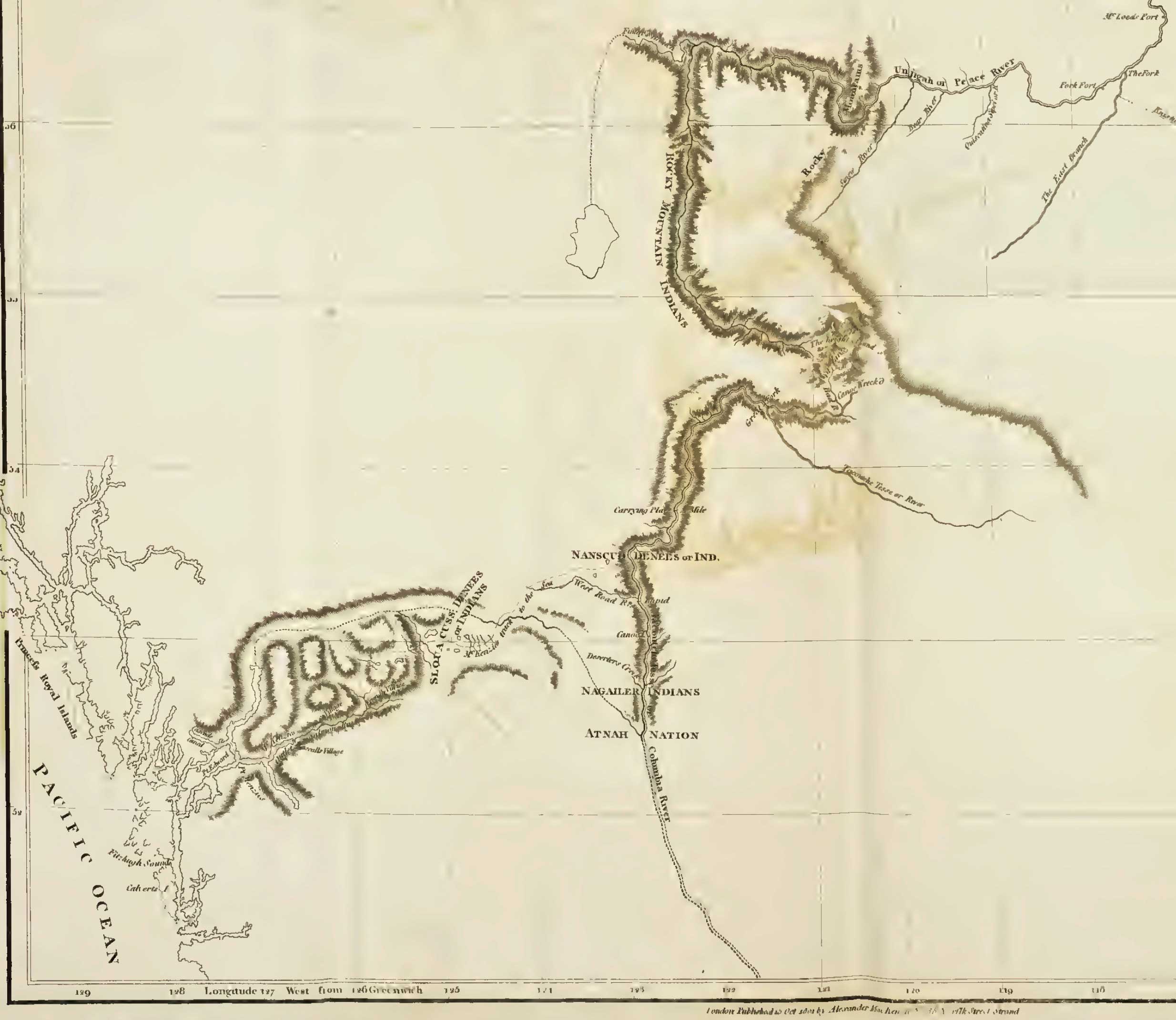 In 1793 Alexander Mackenzie [1764–1820] lead the first expedition of European descendants to cross the American continent north of Mexico.

He crossed the Continental Divide through a pass that remains unnamed, although a park has been created in its surroundings. The only name honouring Mackenzie in the area is Mount Sir Alexander, a mountain he never saw.

On the map of Mackenzie’s route across the Divide, the only original name that survives is Bad River, which appears next to his note, “Canoe Wreck’d.” Mackenzie’s name was superseded with the name “James Creek” by Geographic Board of Canada in 1924; however, in 1976 to accommodate local usage, which dates to the earliest days of exploration in the northern Rocky Mountains, the name “Bad River (James Creek)” was established.