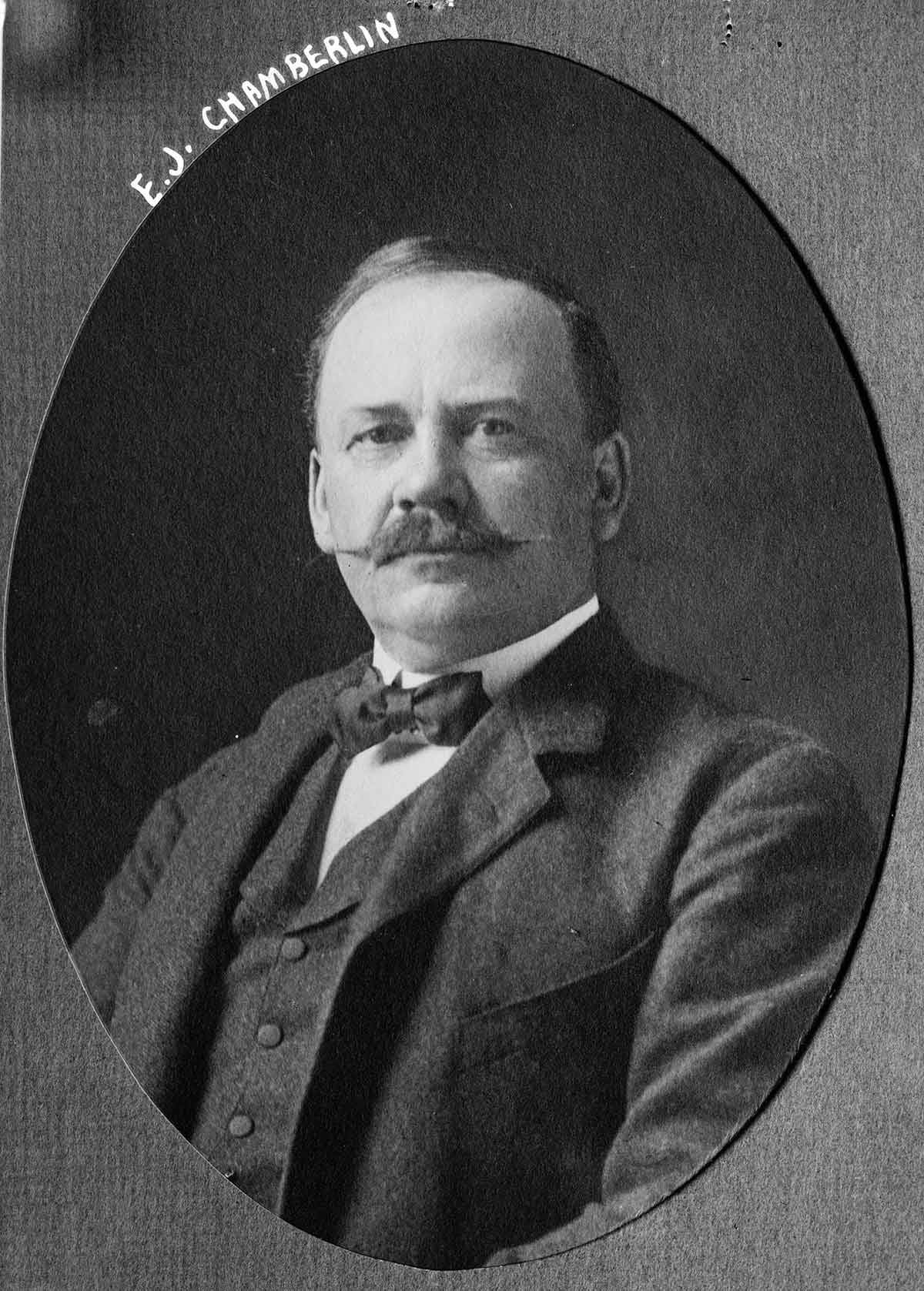 Name adopted by the Geographic Board of Canada in 1917 after Edson Joseph Chamberlin [1852-1924], president of the Grand Trunk Pacific Railway at the time. Edson Chamberlin is also the namesake of the town of Edson, Alberta.

In 1909 Chamberlin became general manager and then vice president of the Grand Trunk. In 1912 he became the president when Charles Melville Hays lost his life on the RMS Titanic. Chamberlin’s presidency differed from Hays’s in that he led the Grand Trunk to expand westward as part of the Canadian transcontinental railway. He remained president until he retired in 1917. Chamberlin died at Pasadena, California, in 1924.

Edson Chamberlin is not related to Rollin Thomas Chamberlin [1881–1948], the American geologist who is namesake of Chamberlin Peak and Chamberlin Glacier, in the Cariboo Mountains about 50 kilometres to the south.