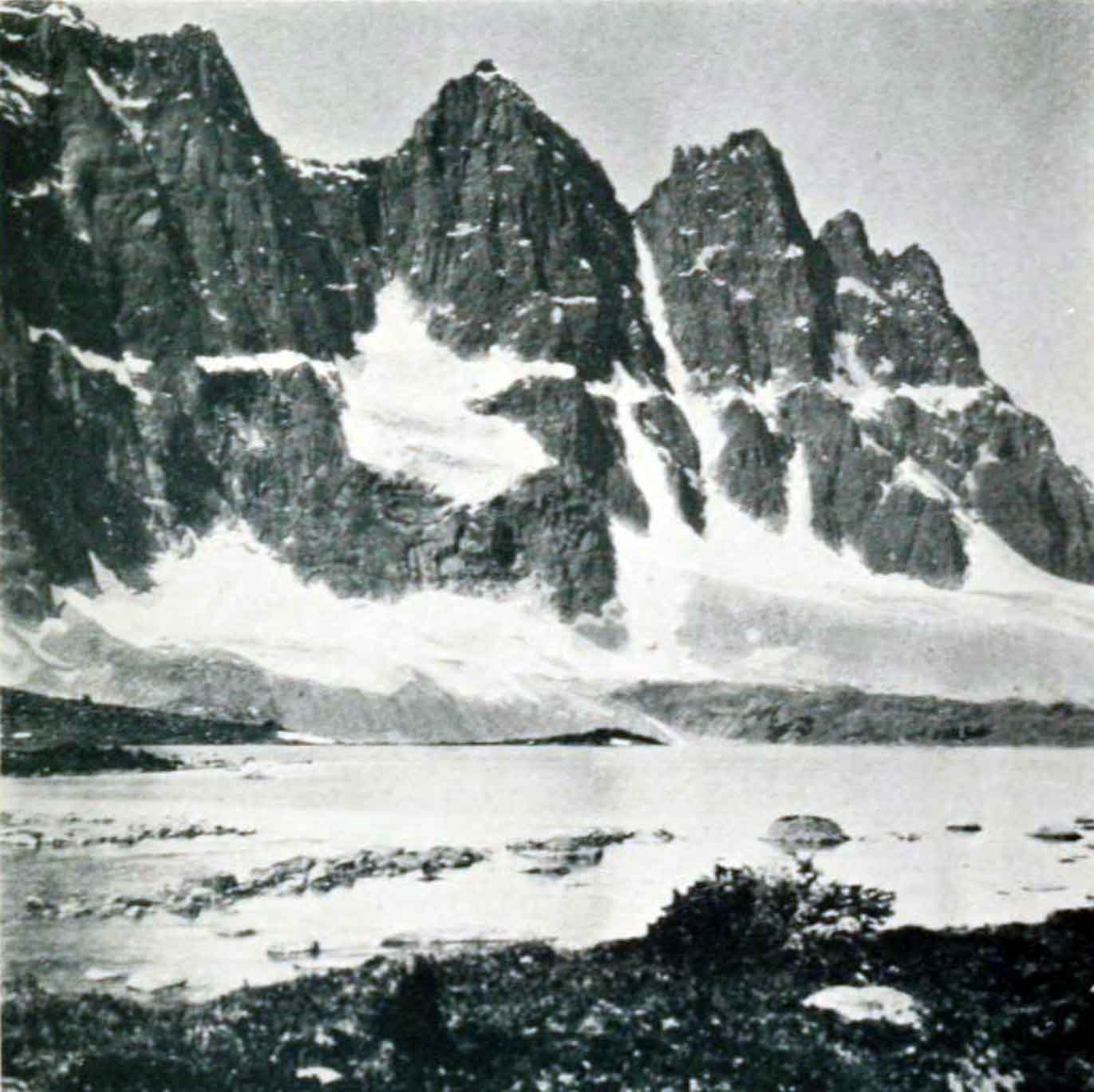 In fortifications, a rampart is a mound of earth raised for the defense of a place, capable of resisting cannon-shot, wide enough on the top for the passage of troops and guns, and usually surmounted by a stone parapet. The feature, a series of peaks on the Alberta-British Columbia boundary at the headwaters of the Fraser River, was named by the Alberta-British Columbia Boundary survey in 1921.

James Monroe Thorington [1895–1989] visited the area in 1923, and his book The Glittering Mountains of Canada includes a chapter on The Ramparts.

The peaks of the Ramparts are Geikie, Turret, Bastion, Drawbridge, Redoubt , Dungeon, and Paragon. Max M. Strumia named the peak between Dungeon and Paragon “Mount Oubliette,” not an official name.

After an expedition in the area in 1933 that included several first ascents, mountaineer Cyril G. Wates [1883–1946] wrote, “I know of no compact and continuous range in the Canadian Rockies which can show such an array of difficult peaks.” Wates called the pass between Paragon and Parapet peaks “Para Pass,” also an unofficial name.