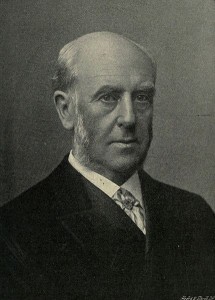 “The kingpin of the famous Tonquin Valley” was named in 1898 by geologist James McEvoy after Sir Archibald Geikie, the Scottish geologist who was director-general of the Geological Survey of Great Britain from 1882 to 1901. Alpinist A. L. Mumm said that the north face of Mount Geikie was composed of the most tremendous precipices he had ever seen.