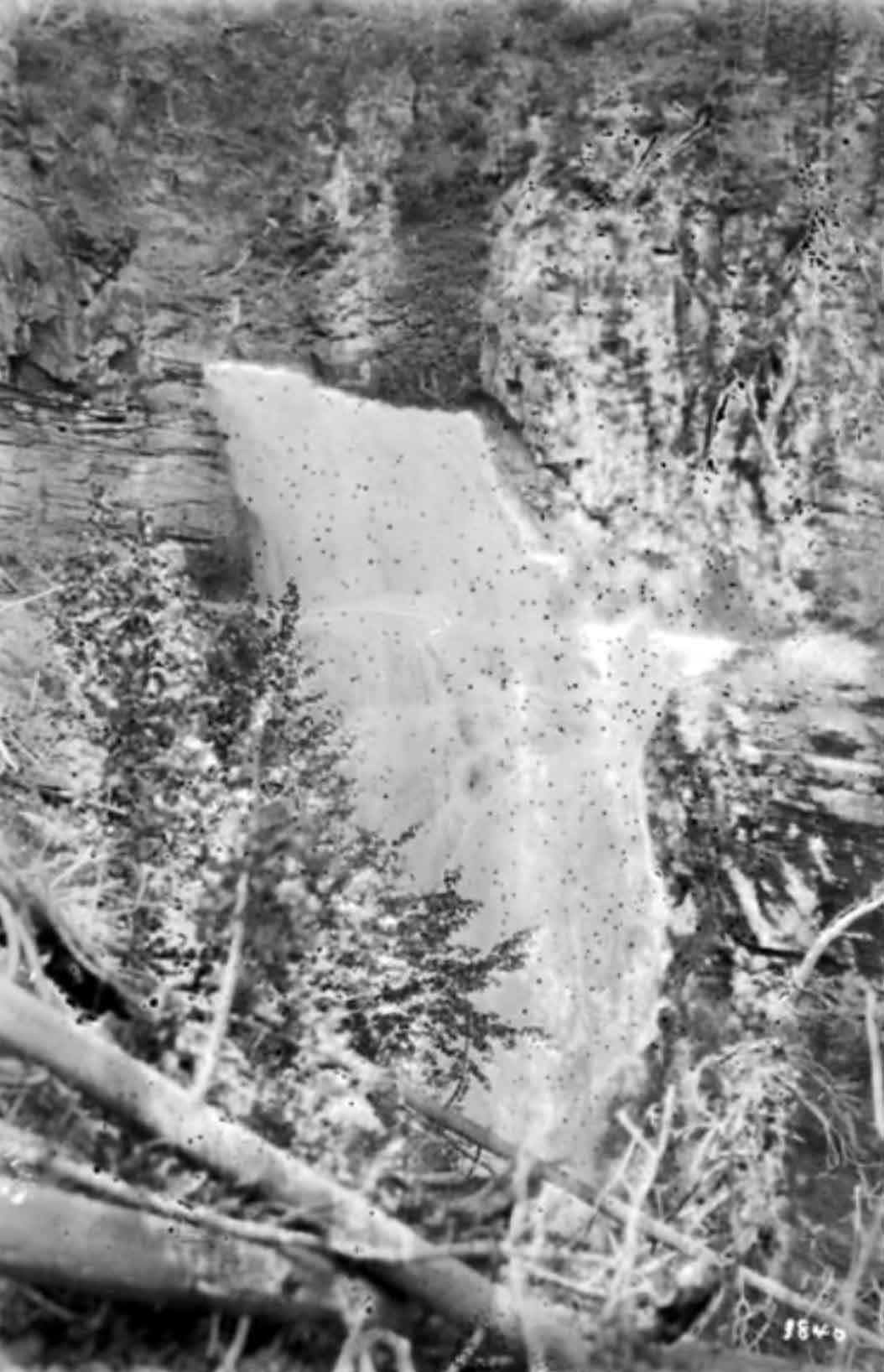 Describing the course of the Robson River below the Falls of the Pool, Arthur Oliver Wheeler wrote, “the river proceeds on its way still deep in a rock canyon, to the last line of cliffs, down which it leaps in a great curve of foam. ‘The White Fall’ would be an appropriate name.”
References:
Also see: