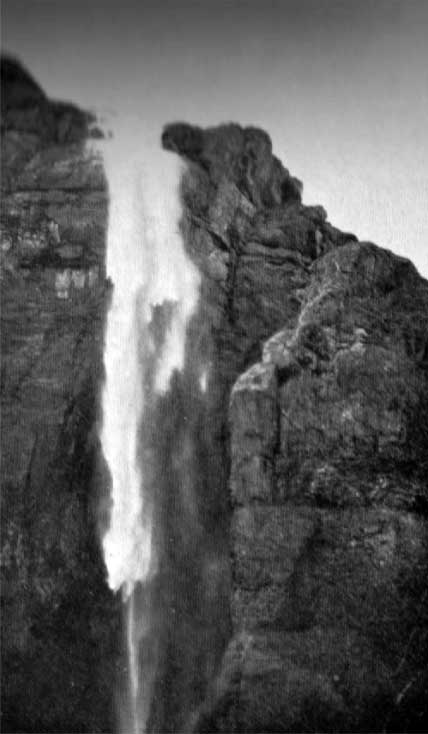 Dr. A. P. Coleman, Geologist of the University of Toronto, organized an expedition in 1907 to capture Mt. Robson. The party consisted of the Doctor and his brother, L.Q. Coleman, myself, and a helper. The four of us, with our pack-train of ten horses and outfit, left Laggan, August 2nd, 1907. We followed the Pipestone, Siffleur, Saskatchewan and Athabasca Rivers; crossing the Pipestone and Wilcox Passes. For weeks we made our own trails through the wilds, and forced our way through hundreds of miles of tangled underwood. We rested our weary limbs by many a beautiful lake and babbling brooklet, while our camp-fires lit the dark shadows of ravine and cliff. Rafting our stuff over the mighty Athabasca, across which we had to swim our horses, we hurried over the Yellowhead Pass, and swung down the Fraser. But our trip that year left Mt. Robson still unconquered, though we explored its western side, and I discovered Mt. Turner [Whitehorn] and “The Valley of a Thousand Falls.”