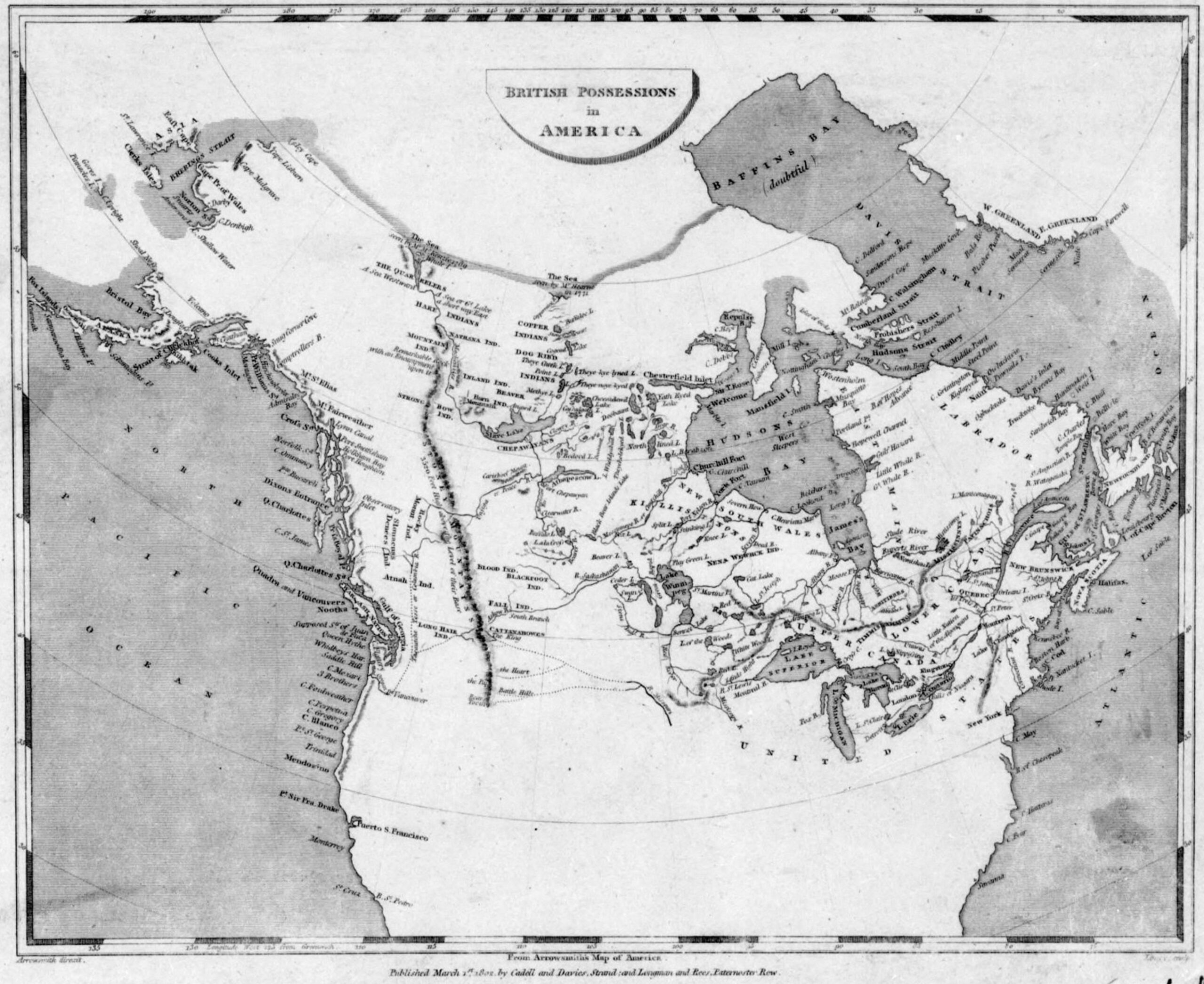 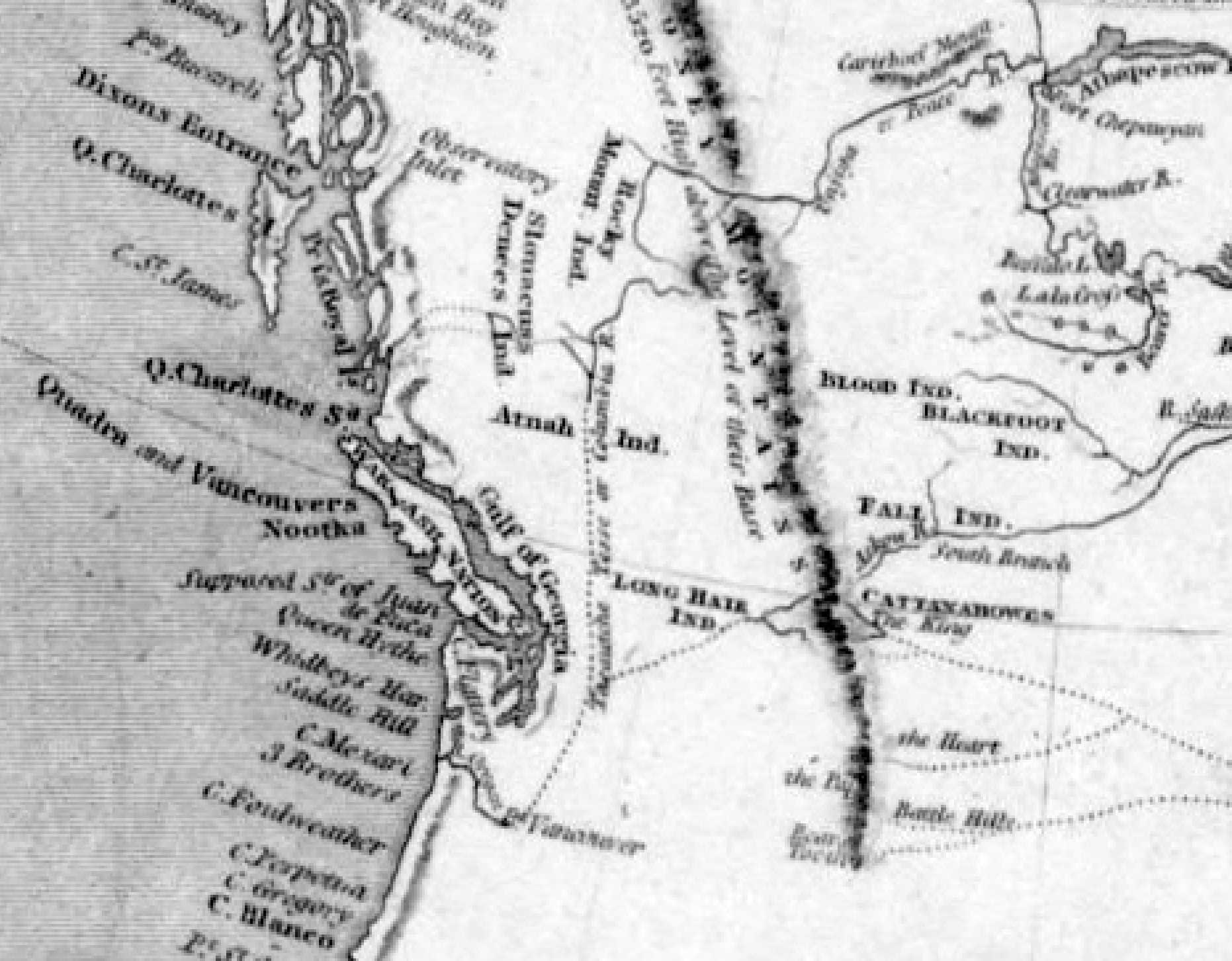 Aaron Arrowsmith [1750–1823] incorporated information from Hudson’s Bay Company manuscript maps and journals, the journals of Alexander Mackenzie [1764–1820] (which weren’t published until 1803), and the survey of the northwest coast by George Vancouver [1757–1798].

Henceforth the general shape of northwestern North America south of the Arctic was known, although innumerable details remained to be filled in, including the routes of the Fraser and Columbia rivers.