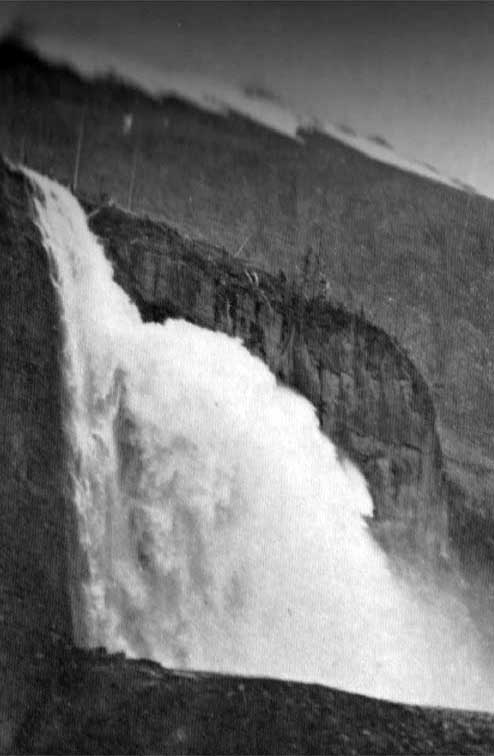 Below Berg Lake the Robson River enters a narrow rock canyon, and soon becomes a cascade, careening wildly down its bed and showing a great swirl of white water. Then comes a line of cliffs extending part way across the valley. Over this the river makes a grand and spectacular leap to a rock floor below, where it turns sharply to the left and pours madly though an extremely narrow box canyon which it has carved in the bed rock. The fall is magnificent and I know of no other of quite the same type. The total drop in 145 feet by aneroid barometer measurement. At a distance of 60 feet from the crest, the full volume of the water strikes a ledge and bounds outwards for 30 feet, creating a splendid rocket which gives the idea of a giant leap. There is such a feeling of majesty and power inspired by the spectacle that I christened it “The Emperor Falls.”