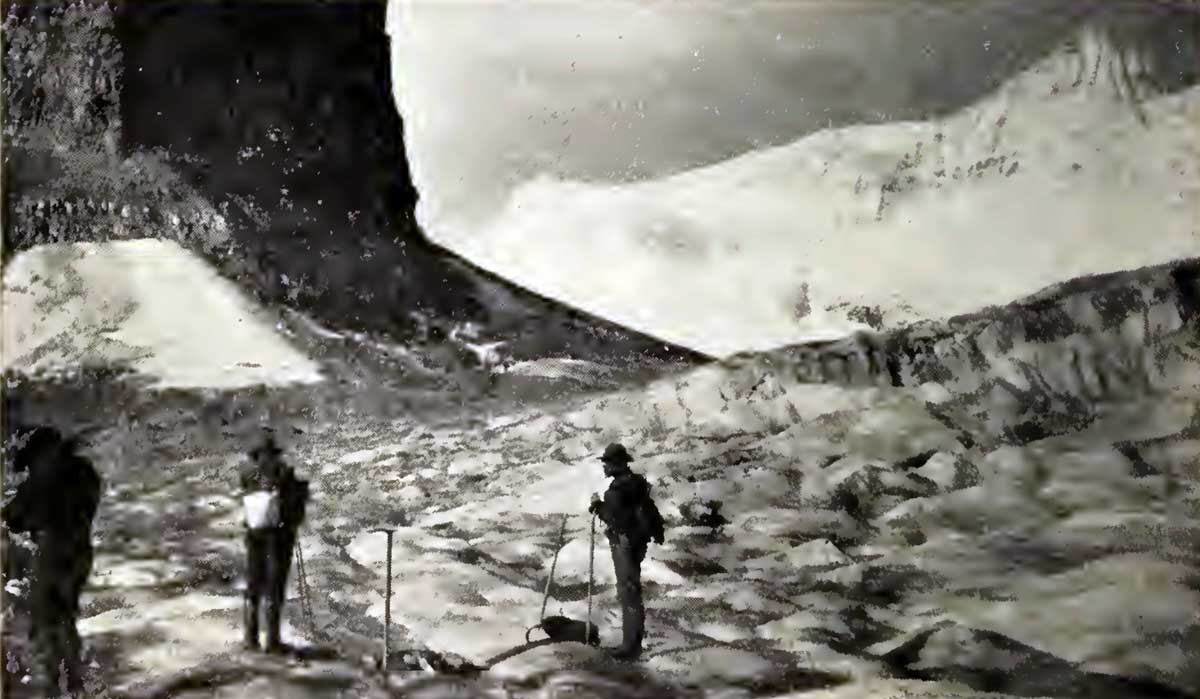 “At a bold tower of rock, which had been nicknamed the Extinguisher, the Robson glacier widens out and bends nearly at a right angle toward the main peak,” wrote Arthur Philomen Coleman on his pioneering visit to the area in 1908. The other members of his party were his brother Lucius Coleman and George Kinney.

The name appears on Arthur Wheeler’s 1912 topographical map of the Mount Robson region.

Smithsonian Institution director Charles Doolittle Walcott called it the most valuable spot in the Rockies to geologists. “One of the names proposed by Dr. Coleman for a prominent monadnock that is surrounded by ice, east of Mount Robson, is ‘ The Extinguisher ‘ and Mr. Wheeler has adopted the name on his map. I presume Dr. Coleman had in mind the conical extinguisher used in putting out candles in the olden times. It so happens that that particular mass of rock carries a very important bed of Cambro-Ordovician fossils, and will be referred to many times in the future in literature. It may be that I shall suggest a shorter and more euphonious name for it,” Walcott wrote to the Surveyor-General in 1912. His suggestion, “Billings Butte”, was not adopted.

“On the cirque immediately below Mount Resplendent stands a quaint tower of rock some 500 feet above the ice, named the Extinguisher from its likeness to the conical cap once used to put out the candle,” wrote Elizabeth Parker, a member of the Alpine Club of Canada’s 1913 camp at Robson Pass.