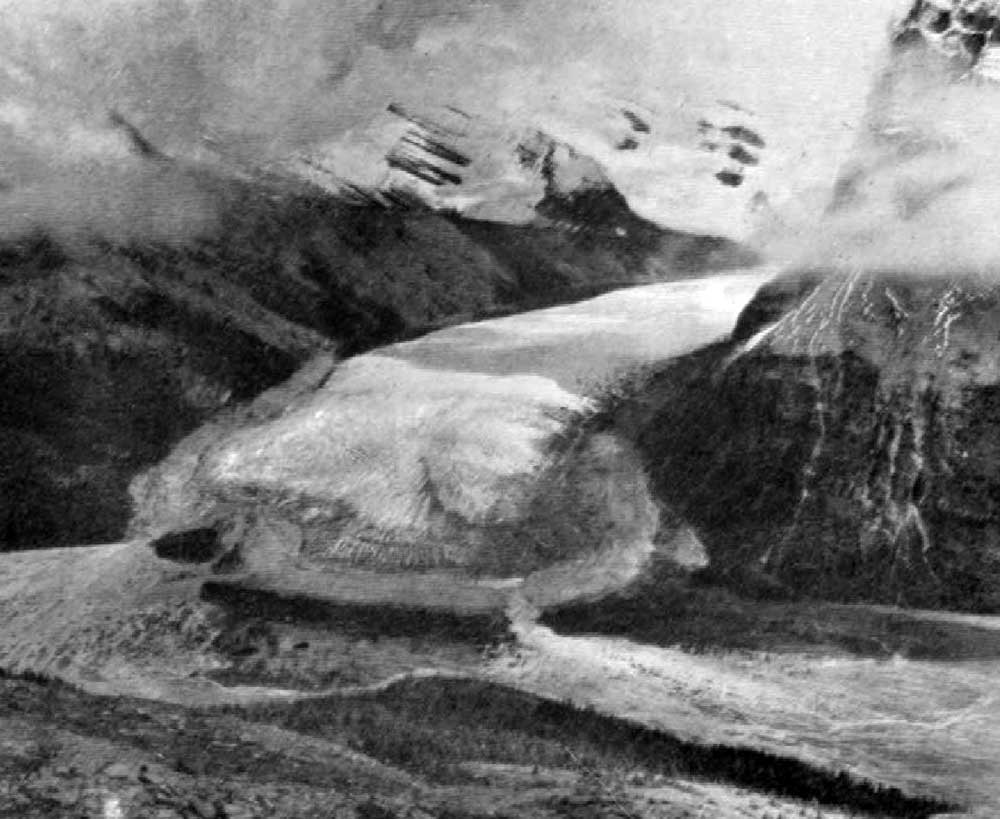 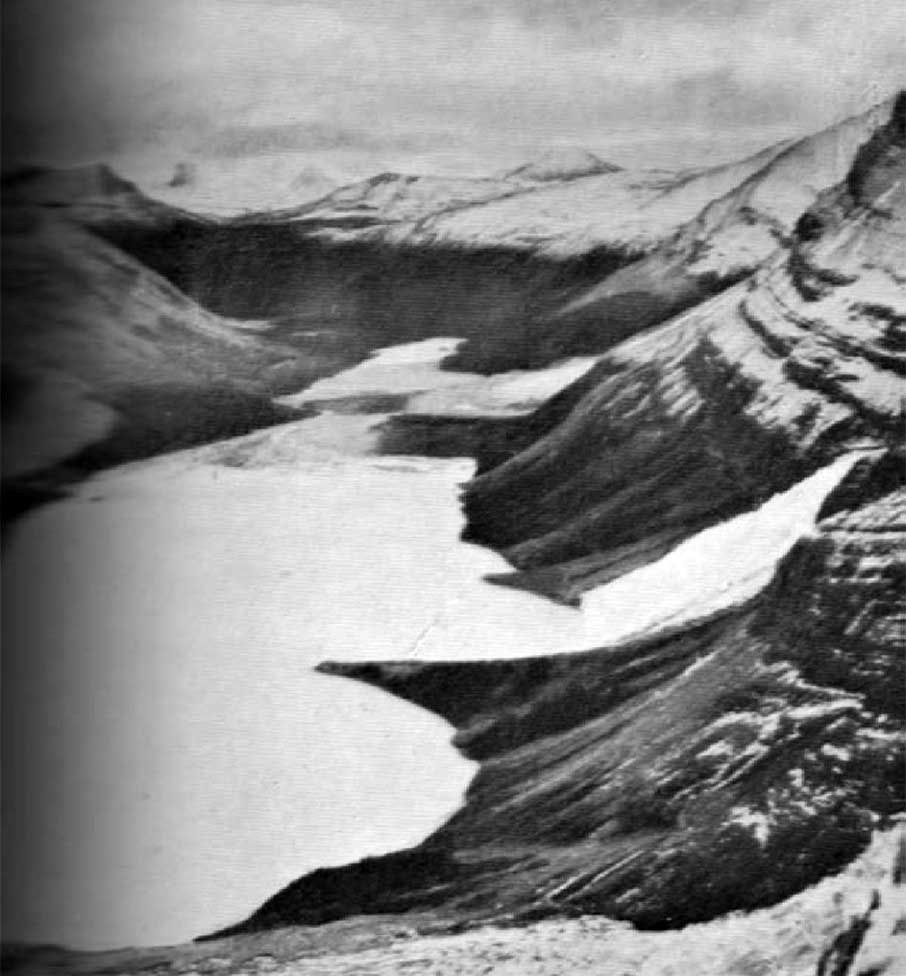 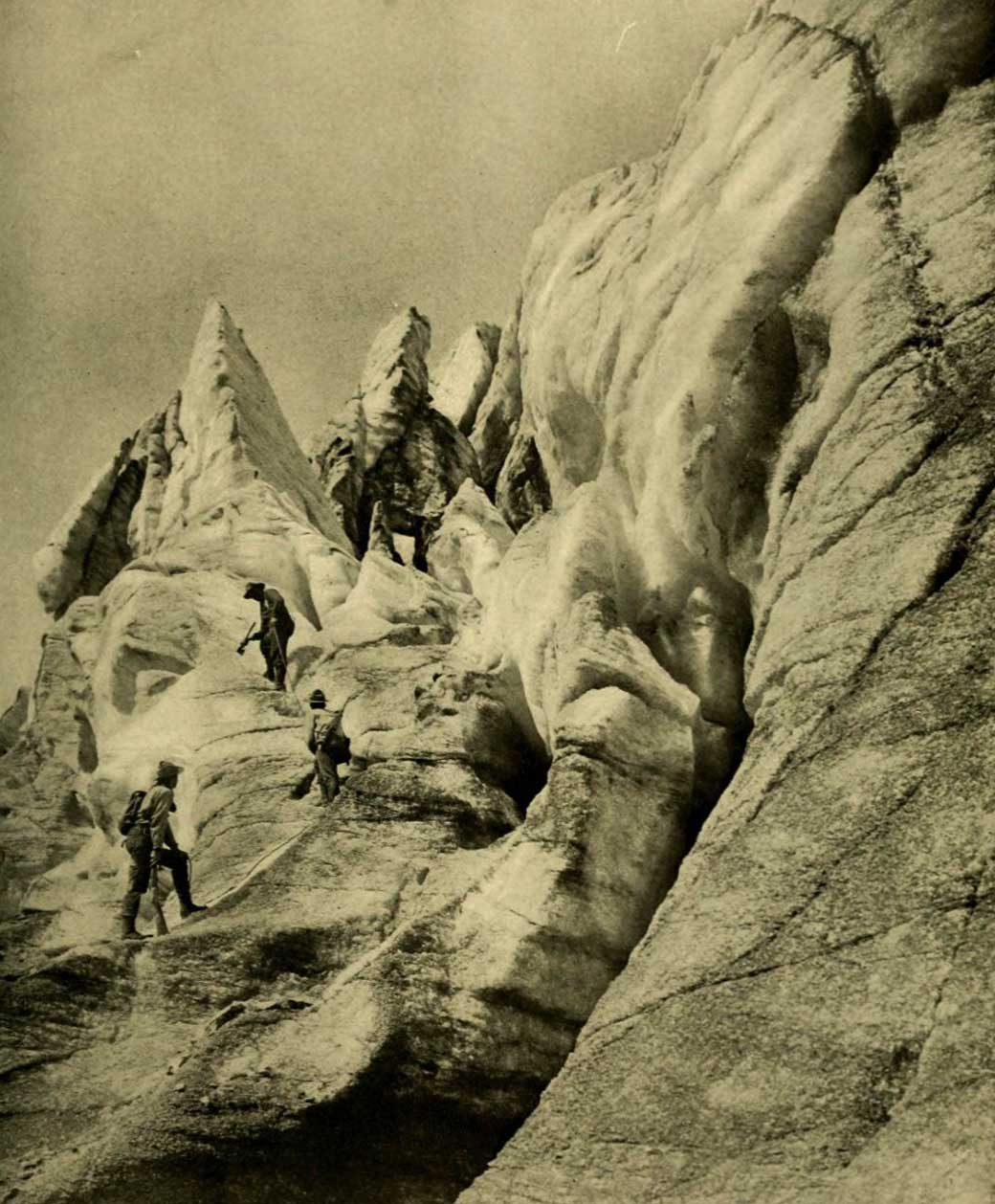 “Between Rearguard and Titkana Peak, leading from the wonderful snow-filled cirque, seen in its entirety from our station on the Lynx Range, flows the Robson Glacier,” wrote Arthur Oliver Wheeler in 1912. “It describes a circular sweep around Rearguard, and, though much crevassed in its upper reaches, it generally easy to travel over.”