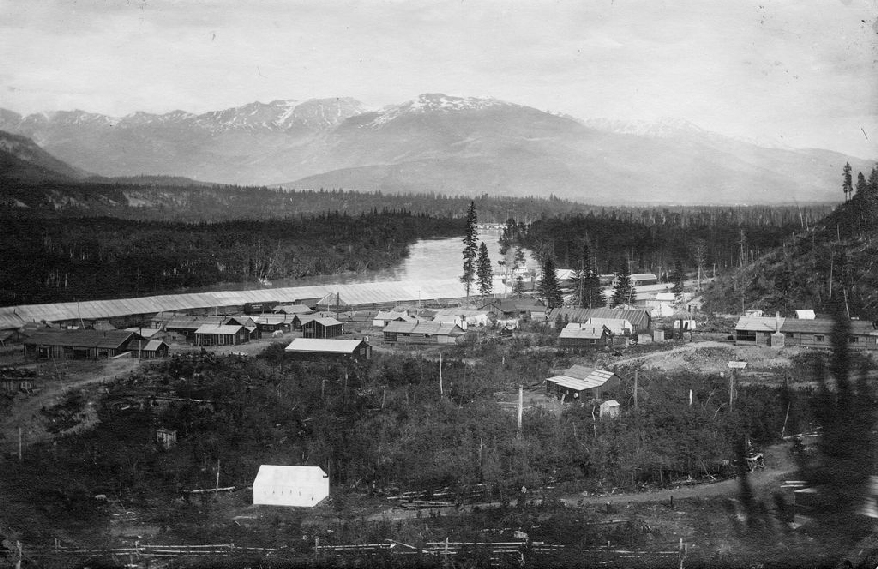 Mile 53 from the north-west, at the backwater SS Operator can be seen on the river
Valemount & Area Museum

From Mile 53 — this mileage is reckoned from the Summit at Yellowhead Pass along the railway — the [Fraser] river is navigable in high water as far as Soda Creek, a distance of nearly 500 miles. The Fraser has proved to be invaluable to the building of the Grand Trunk Pacific Railway, despite the fact that so many lives and so much property have been lost in its waters. These accidents have happened mostly through carelessness and ignorance. The chief obstacles to navigation are due to the existence of shifting sand and gravel bars, the Goat Rapids, the Grand Canyon, and the Giscome Rapids, all above Fort George. High water minimizes this danger for the larger craft, but presents sometimes greater dangers for the smaller ones.…

Construction of the GTP from the east suffered several delays. Encouragement was given the company by the McBride government of BC, in the form of an exemption from the payment of taxes for ten years, but it was 1912 before the steel reached the eastern boundary of BC. By the end of 1912 it had reached Mile 53 within the province. The work was continued apace during 1913 and reached Prince George by the end of that year.