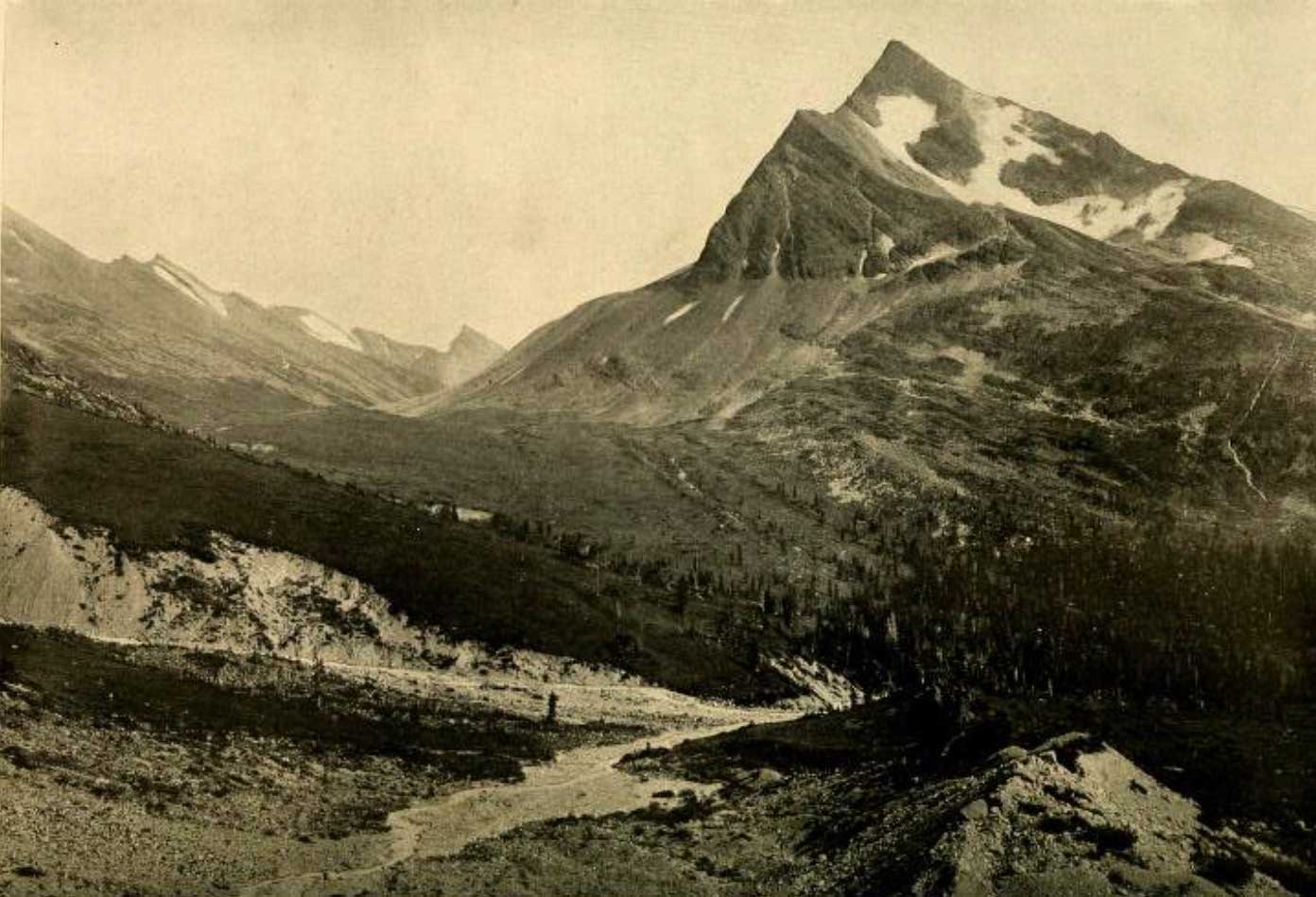 View of Moose Pass and Tah Peak: our camp was in the forest on the right. Photo by R. C. W. Lett, by courtesy of Grand Trunk Pacific Railway
National Geographic Magazine 1913

“As we crossed the beautiful Moose Pass on the Coleman trail of 1908 (6,700 feet = 2,042 meters), I noted that the pass was on the line of a fault that had displaced and tilted up a great block of limestones and shales,” wrote Charles Doolittle Walcott during the 1912 Smithsonian expedition to Mount Robson.

The Coleman trail was established by Arthur Philomen Coleman on his unsuccessful attempts to climb Mount Robson in 1907 and 1908.