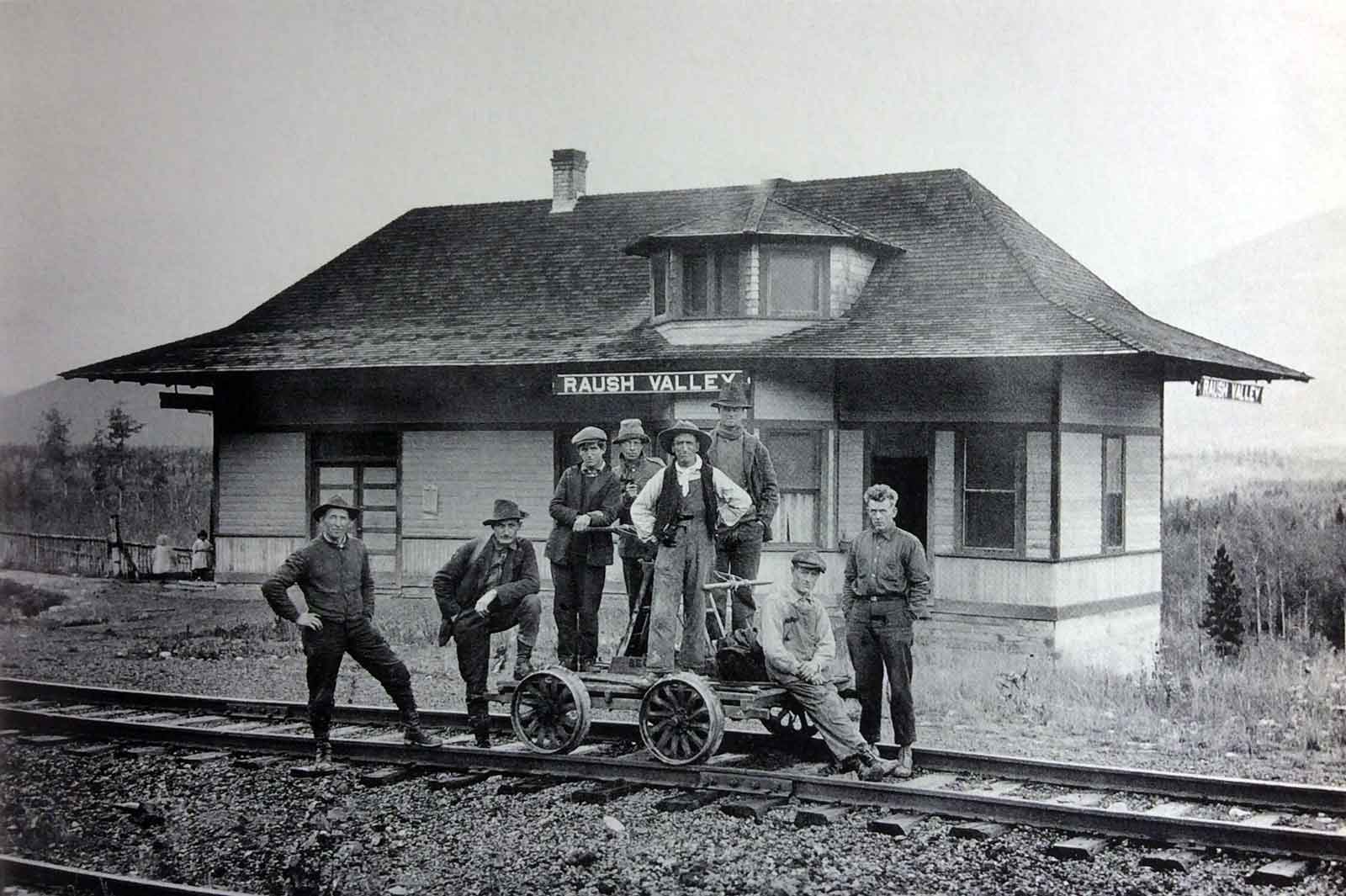 The Grand Trunk Pacific railway station at Raush Valley (Mile 77) was named for the Raush River. (The name appears as “Rush Valley” on the 1914 Grand Trunk timetable.)

Many GTP depots along the sparsely settled line through northern BC were built primarily to house section crews with the understanding that once traffic warranted, these buildings would be converted into operational stations. The men posing on the classic handcar were likely the local section gang that resided in the depot. The lack of a train bulletin, an order board or a trackside platform is a good indication that this building was used as a section house rather than a depot. In such cases, the freight shed of Type E stations was often used as a bunkroom by the section laborers, while the balance of the building was occupied by the section foreman and his family (note the two children in the background, left). In the early 1950s many underused combination stations were converted into freight and passenger shelters: all but the freight shed being demolished or removed, while the remaining portion was re-configured. At least twenty-five Type E stations, mostly along the BC North Line, were transformed into such FPS. The Raush Valley depot, built in 1913, had an exterior treatment of roughcast stucco and wooden walers added in 1927. The walls and ceiling were insulated in 1941. This depot was sold and removed in 1963.