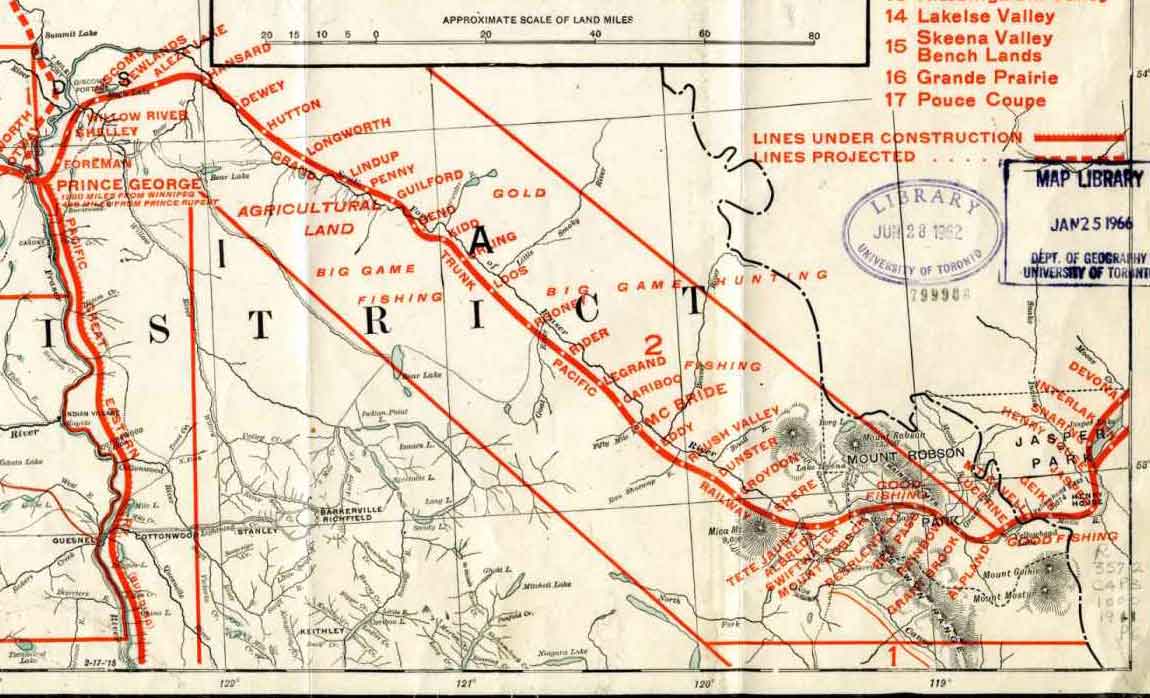 Promotional map showing land available for agriculture, hunting and fishing, fruit, and gold along the Grand Trunk Pacific Railway line, printed in red over a base map is copyright 1911 by Poole Bros., Chicago. The railway overlay was added after 1916, when the station at Knole was renamed Rider, but before 1920, when the Grand Trunk Pacific was absorbed into the Canadian National Railway, joining the Canadian Northern Railway.