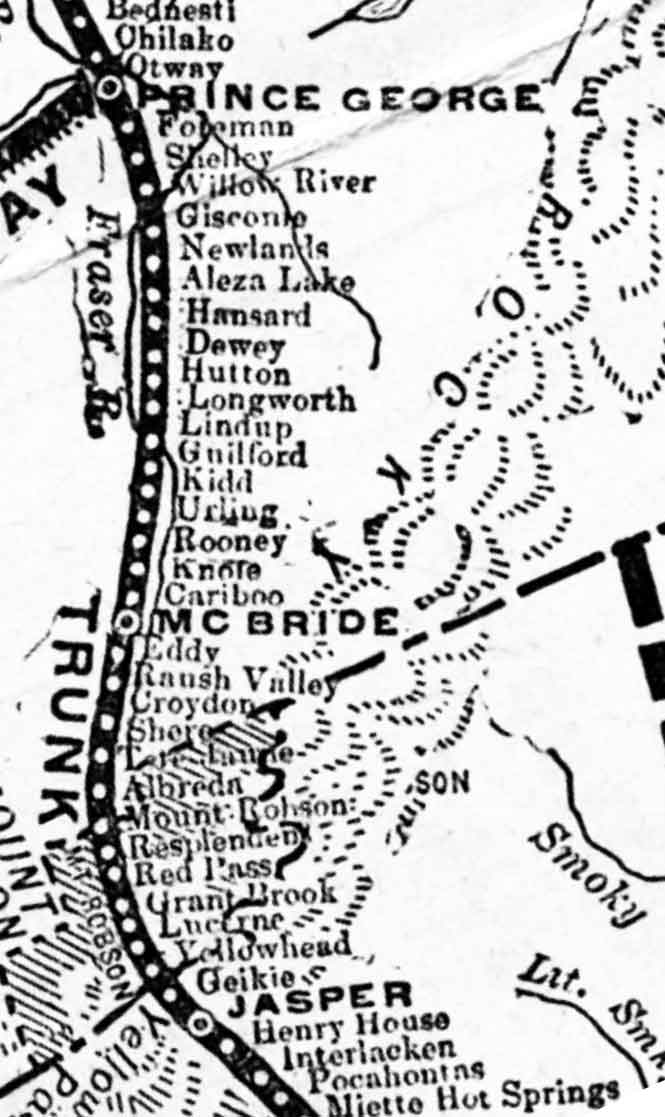 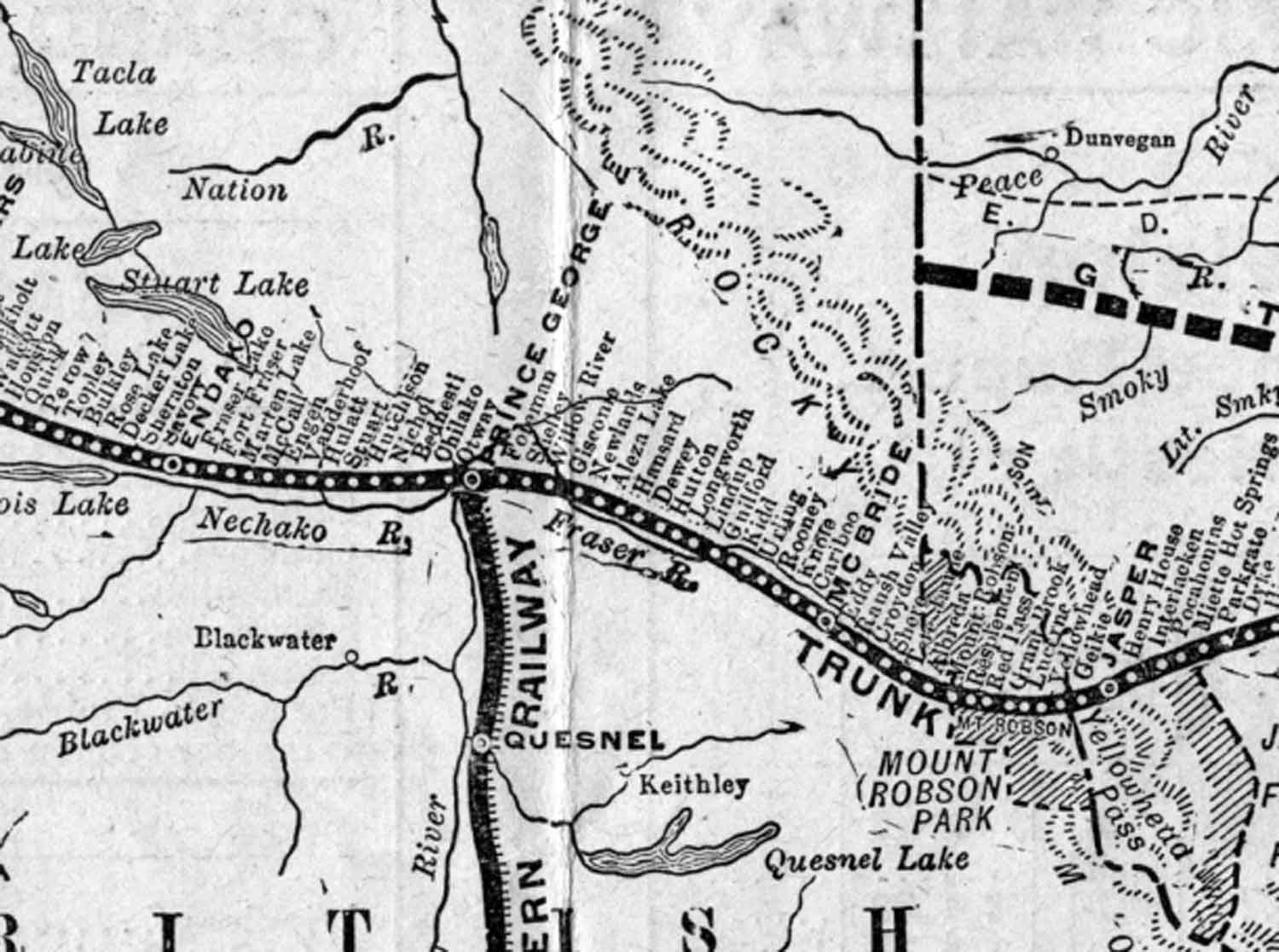 Early Grand Trunk Pacific Railway map (above) cropped and orientated to show the original stations between McBride and Jasper, which were built between 1912 and 1914.

There are only 17 stations shown between Prince George and McBride on this original plan. Missing is Legrand, which was added in 1914 during construction, to make up the original 18 stations built on that stretch. Knole station became Rider sometime after 1916, so this map seems to be from between 1912 and 1916. Rooney station was renamed Goat River (railway point) sometime between 1918 and 1923.

The rail line between Prince George and McBride was often referred to as the “East Line.” The only access from McBride to the communities west of McBride was by rail.

William Pittman Hinton, general manager of the railway’s western lines, asked Josiah Clement Wedgwood, of the Wedgwood china family, to submit a list of names suitable for naming the stations on the new railway line. Many station names on the Grand Trunk Pacific Railway have a connection to England [excerpt taken from Penny for your thoughts].