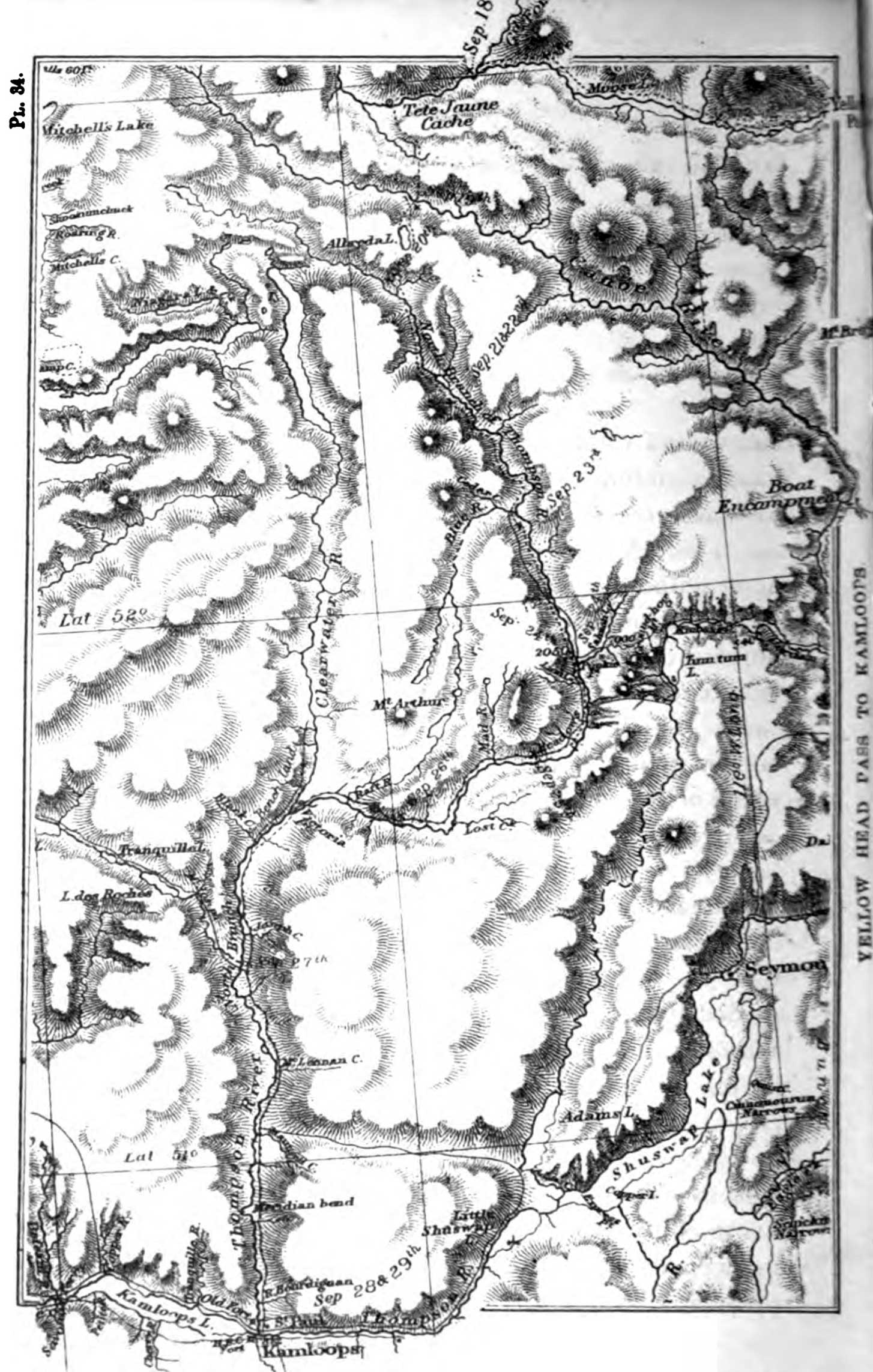 Our maps of the country, east of the Rocky Mountains, are mainly from Captain Palliser’s; those of the Pacific slope from Governor Trutch’s map of British Columbia. For a number of the plates illustrating the Dawson route we are indebted to Mr. Desbarats and his artists; to the latter and to a kind lady in Ottawa, for making pictures out of our own rude but, we believe, faithful outlines.

George-Paschal Desbarats [1808–1864] was a French-Canadian printer, publisher, businessman, and landowner. In September 1841 Desbarats and Stewart Derbishire received an appointment as “Her Majesty’s Printer and Law Printer in and for the Province of Canada”; as the Queen’s printers they had an exclusive contract to print and distribute government publications in the Province of Canada, a contract Desbarats maintained throughout his life.