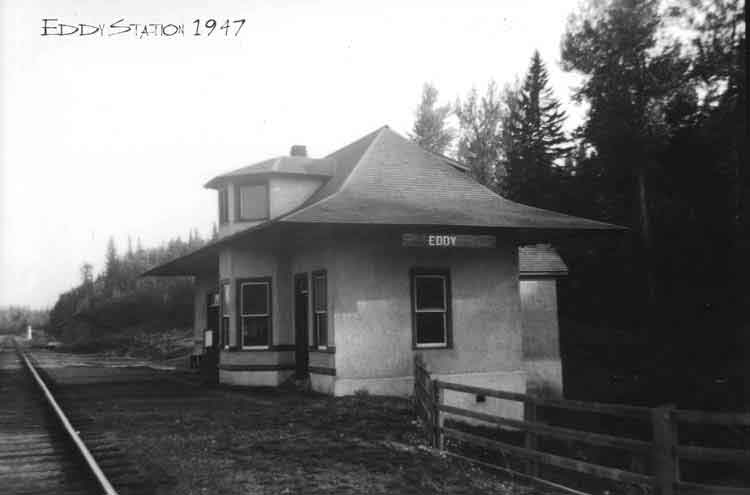 In 1918 Eddy had three settlers, according to Wrigley’s Directory,  dwindling to only a section crew by 1928.  In the late 1930s it blossomed into a sawmill community until the late 1960s.

I remember this station was still standing in about ’63, but the CNR burned it down shortly thereafter.