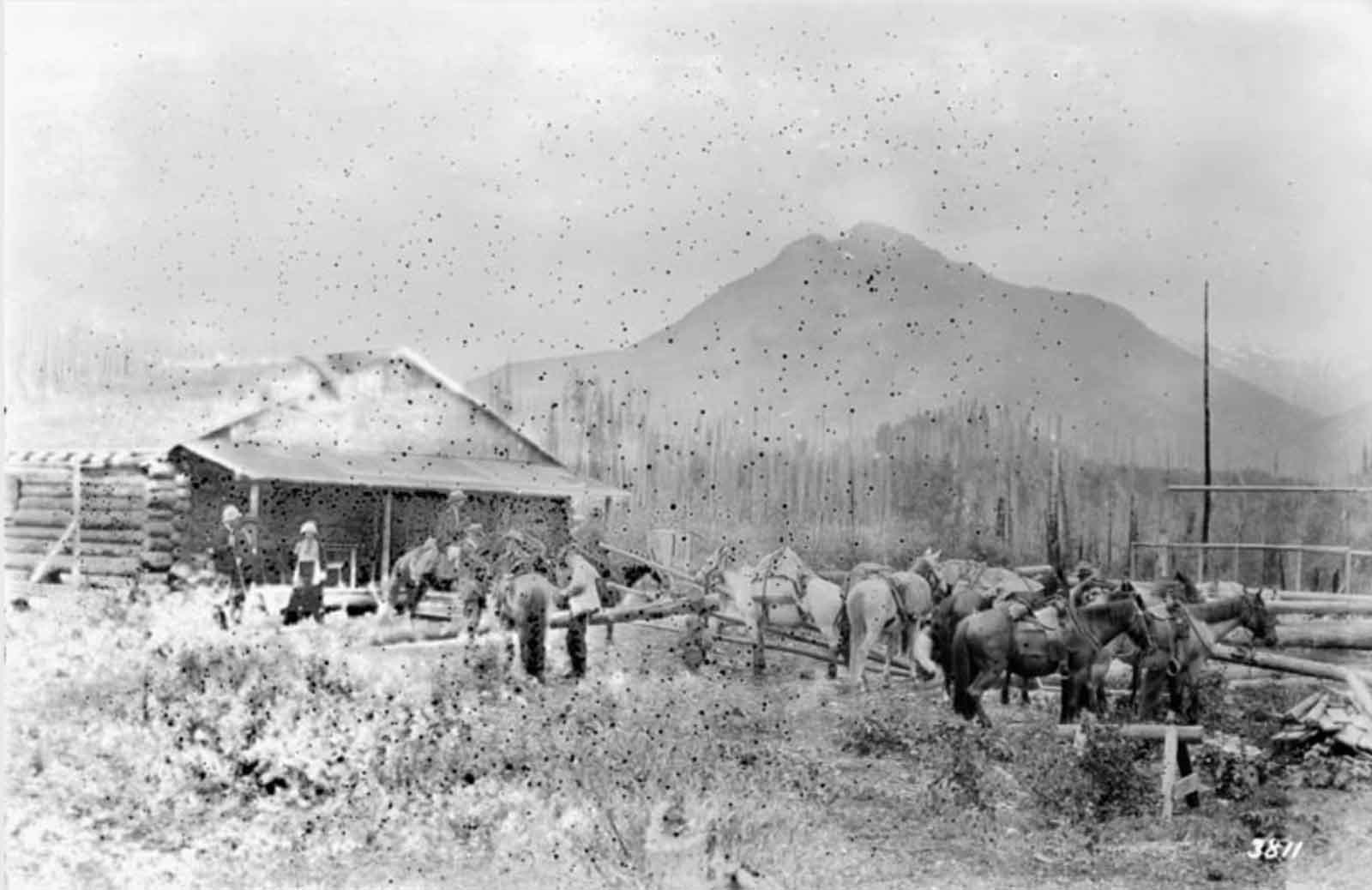 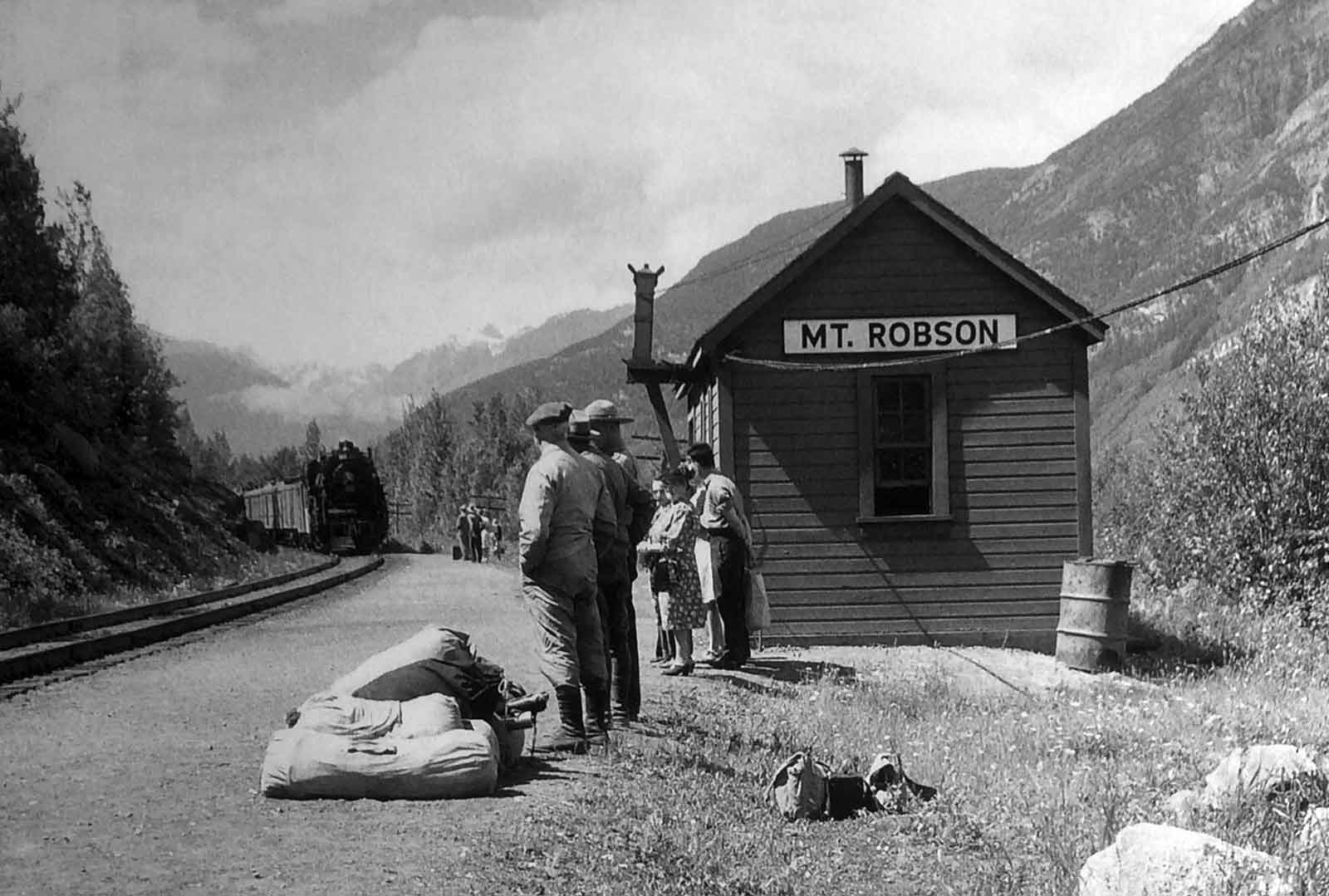 Even at an obscure station such as Mt. Robson, BC, train time could be a major event. A trio of adventurers awaits the arrival of the eastbound passenger train; Mt. Robson was a world-famous centre for packing and hiking and for mountaineers seeking to conquer the tallest mountain in the Canadian Rockies. The others, lacking baggage of any kind, could be the family members of a local section crew going into Redpass to shop, or they could be from the Robson Ranch — a resort just down the valley — waiting to exchange mail. Mt. Robson station was originally located about three mile east of here, where the CNoR erected a Type C depot in 1915. A disastrous snow slide on 26 February 1921 covered the tracks just beyond the tram in this photograph, killing three people. As a result, in conjunction with the construction of a snow shed, in 1922 the CNR established a new station at this location, naming it Mt. Robson and re-naming the former point Foster. A Standard Portable Station and a Standard Freight and Passenger Shelter were installed at the new station in 1922. The local operator and a watchman who patrolled the tracks on either side of the new snow shed ensured that the tragic results of the 1921 snowslide would not recur. Still prominent on the Mt. Robson station here is the cantilever bracket for the train-order signal, which has been removed. The Portable Station was removed in the 1940s, leaving only the shelter. Until October 1963, employee operating timetables instructed passenger trains to stop for five minutes to let on-board patrons catch a glimpse of the station’s namesake mountain, to the right and behind the photographer.