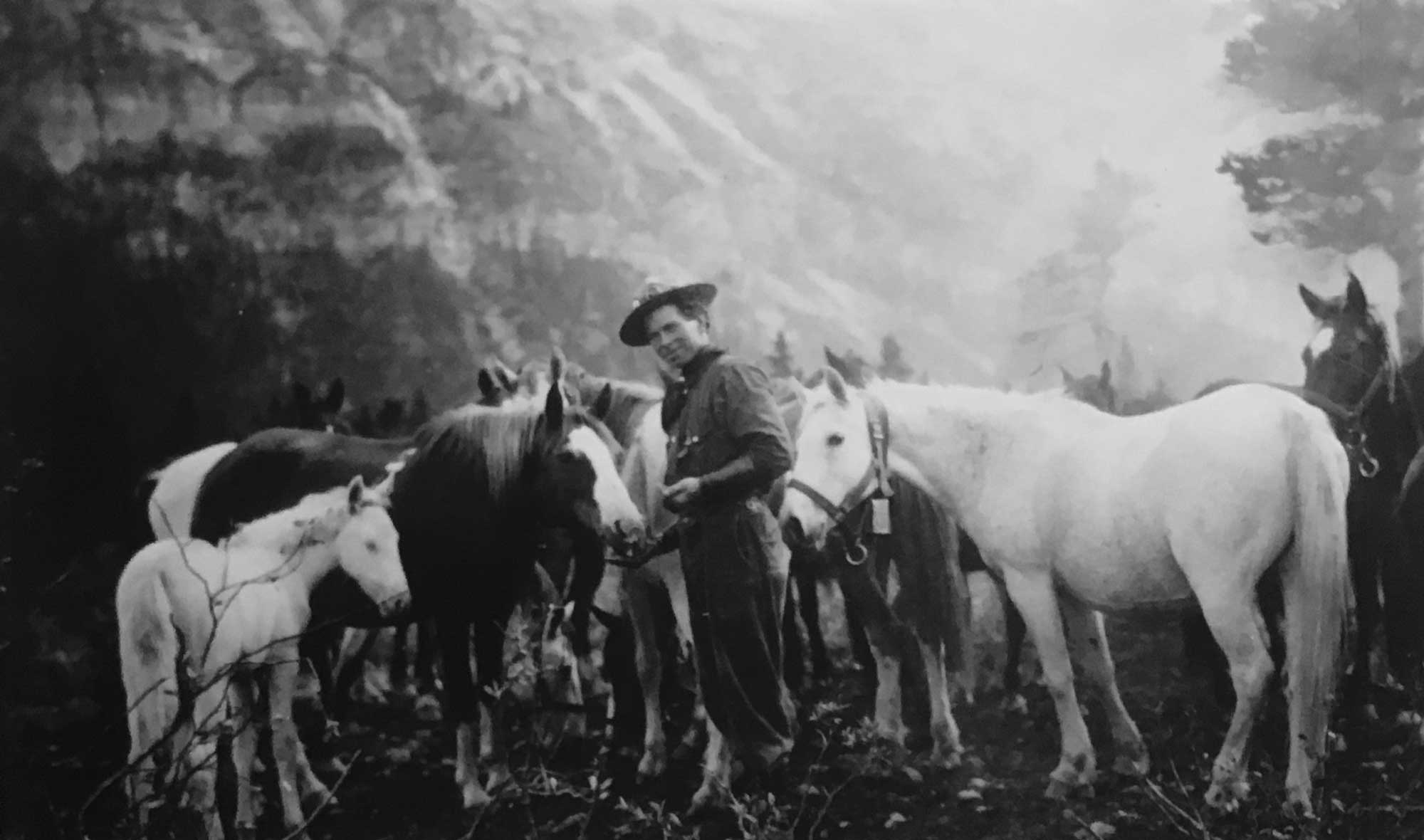 Phillips was born in 1884 at Dorset, Ontario. From his father he learned canoeing, fishing, hunting and trapping and soon became an expert outdoorsman and a member of the Guides Association of Ontario. In 1909 he came west looking for guiding opportunities, and that summer met George R. B. Kinney [1872–1961], the two of them teaming up for their controversial climb of Mount Robson.

He was always looking for new adventures. While scouting for locations for ski cabins in 1938, he was killed in an avalanche near Elysium Pass not far from Jasper. Mount Phillips near Mount Robson is named for him.