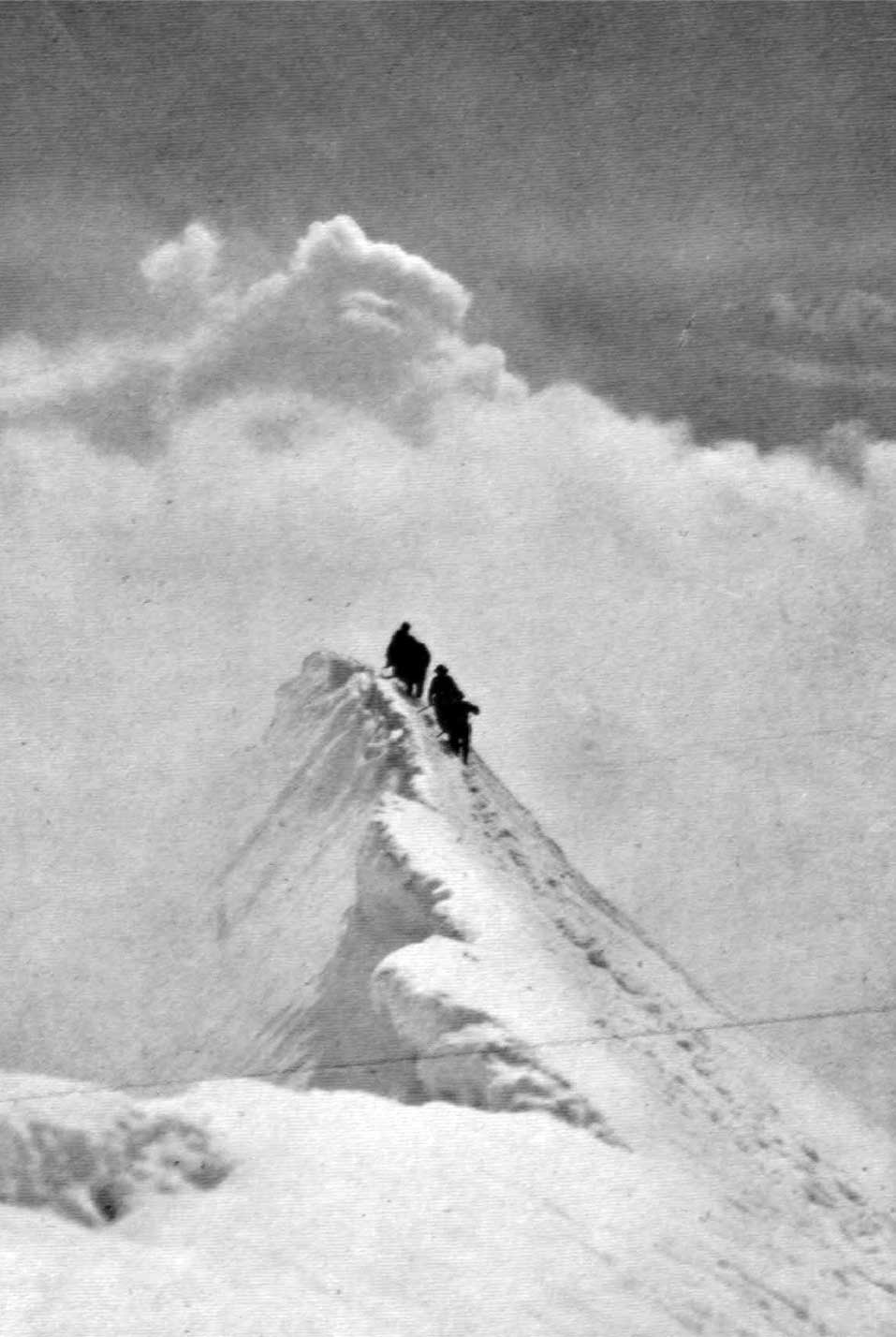 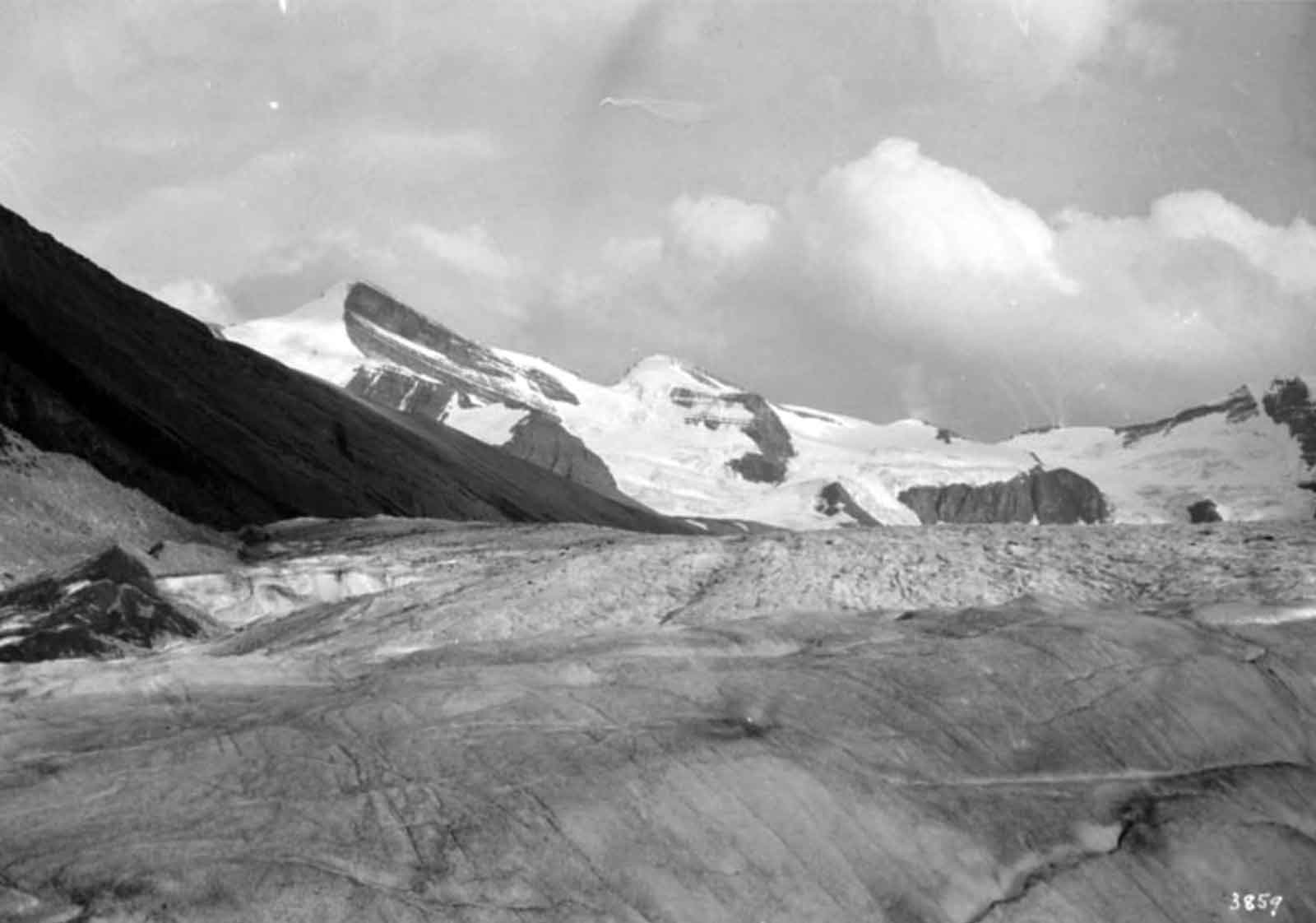 The name appears on the map accompanying Arthur P. Coleman’s 1910 report on his explorations of 1907 and 1908, and in a note in the 1911 Canadian Alpine Journal.

“Named, and well named, by Coleman,” wrote Arthur Wheeler in the report of his 1911 expedition to the Mount Robson area. “On the east side it is clad from top to bottom in pure white snow, and presents with the sun shining upon it a spectacle of such wonderful brilliance that the aptness of the name became immediately apparent. It rose in great snow masses and ice walls sheer to the summit, and showed several of the largest and widest bergschrunds I have ever seen in the Rockies. Enormous cornices overhung on the north and east sides. Later, the mountain was ascended by Konrad Kain and Byron Harmon. It proved to be altogether a snow and ice climb, and Konrad reported having seen some of the greatest ice cracks he had met with throughout the course of his professional experience. The crest of the mountain he described as an immense cornice reaching far out into space over the depths below.”

The name was officially adopted in 1923 “as labelled on Wheeler’s 1911 topographic map of Mount Robson”.