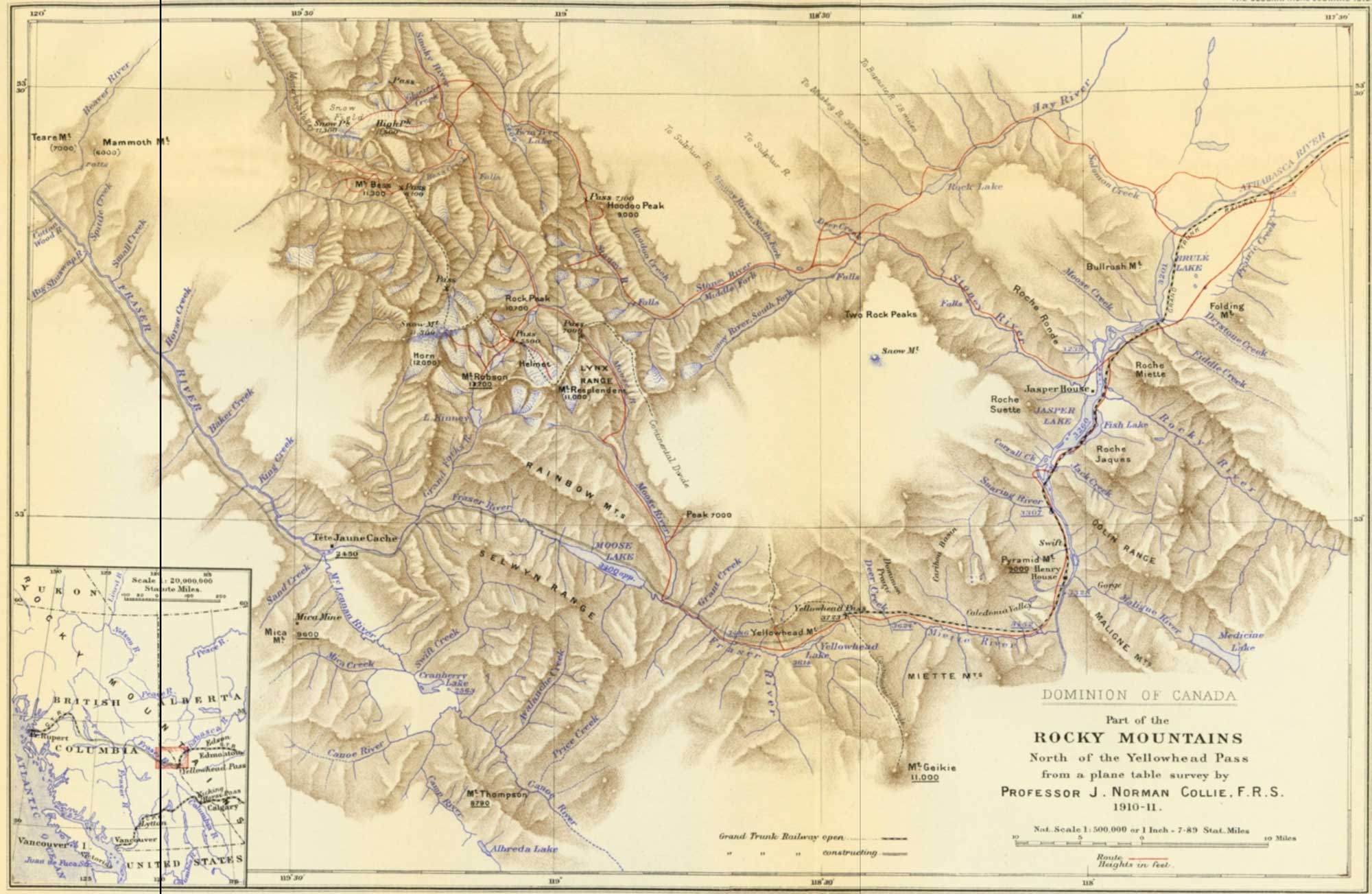 John Norman Collie [1859–1942] was a chemist and mountaineer who lived at London, England. Between 1897 and 1911, Collie pioneered climbing in the Canadian Rockies, making twenty-one first ascents including Mount Victoria and Mount Athabasca.

This Map is from a plane table survey by Professor J. Norman Collie, based upon the map of the “Yellow-head Pass Route,” by Mr. J. McEvoy, B.A.Sc., of the Canadian Government Survey, which accompanies Part D., Vol XI., of the Report of the Geological Survey of Canada, 1900. The positions of Roche Miette, Roche Jacques, Roche Suette, and the Athabasca and Stoney rivers were laid down exactly as they are on that map, and the plane table survey of the mountainous region to the north of the Yellowhead Pass and Moose Lake adjusted to them. A traverse with the plane table was first run up the Stoney river as far as its source and Mt. Hoodoo, and rays were drawn to peaks on either side of the valley which were intersected from other points later on. Numerous photographs were taken during the expedition, many of which were used in the construction of the plane table map, and provided means of testing its general accuracy.

The position of Mt. Robson as determined by Professor Collie differs only about one mile from that given by Professor A. P. Coleman.

The heights underlined are taken from McEvoy’s map, while those in brackets are rough estimations; all others are from Collie’s readings of an aneroid, which was checked frequently by comparison with a mercurial barometer. They were computed by Collie with a mean sea-level of 30 ins., and should be considered as approximate only. In all cases the heights are above sea level.

— Note by editor of The Geographical Journal (London)