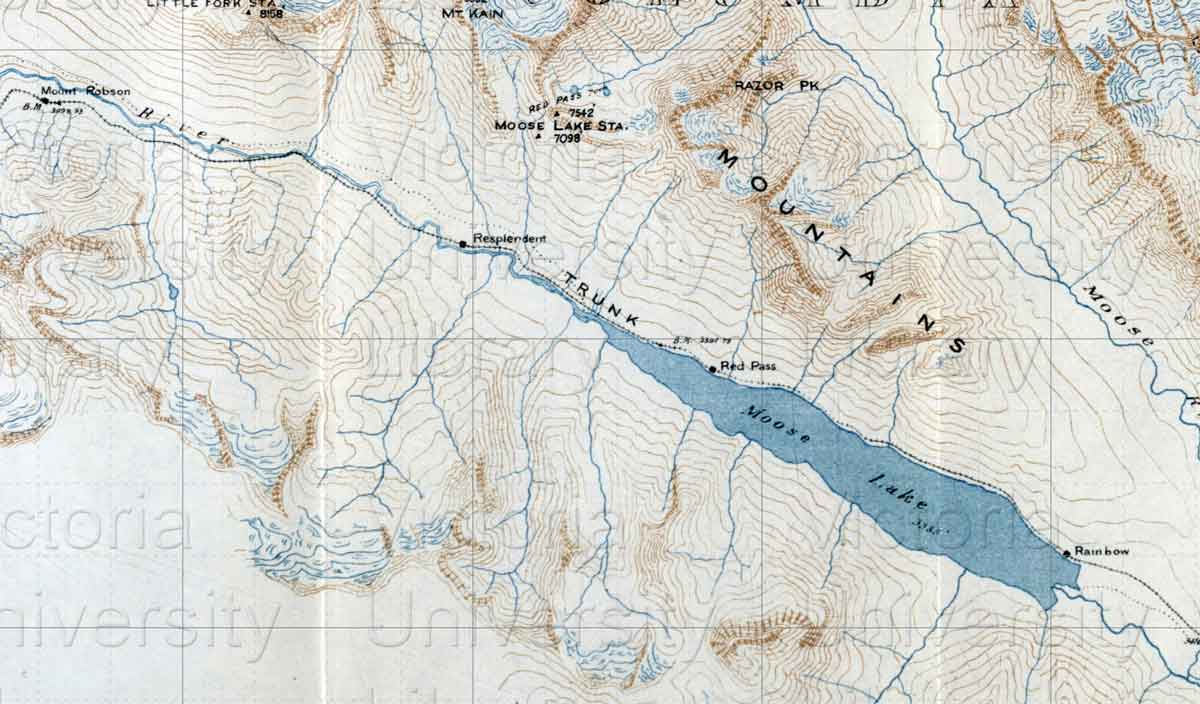 During railroad construction, the Grand Trunk Pacific had quite a town at Resplendent, or Mile 29, a little over a mile west of Red Pass.

(The South Fork of the Fraser River is the main branch of the river, the North Fork is now known as the McGregor River.)

The railway point is Indicated on Arthur Wheeler’s “Topographical Map Showing Mount Robson and Mountains of the Continental Divide North of Yellowhead Pass,” 1912.