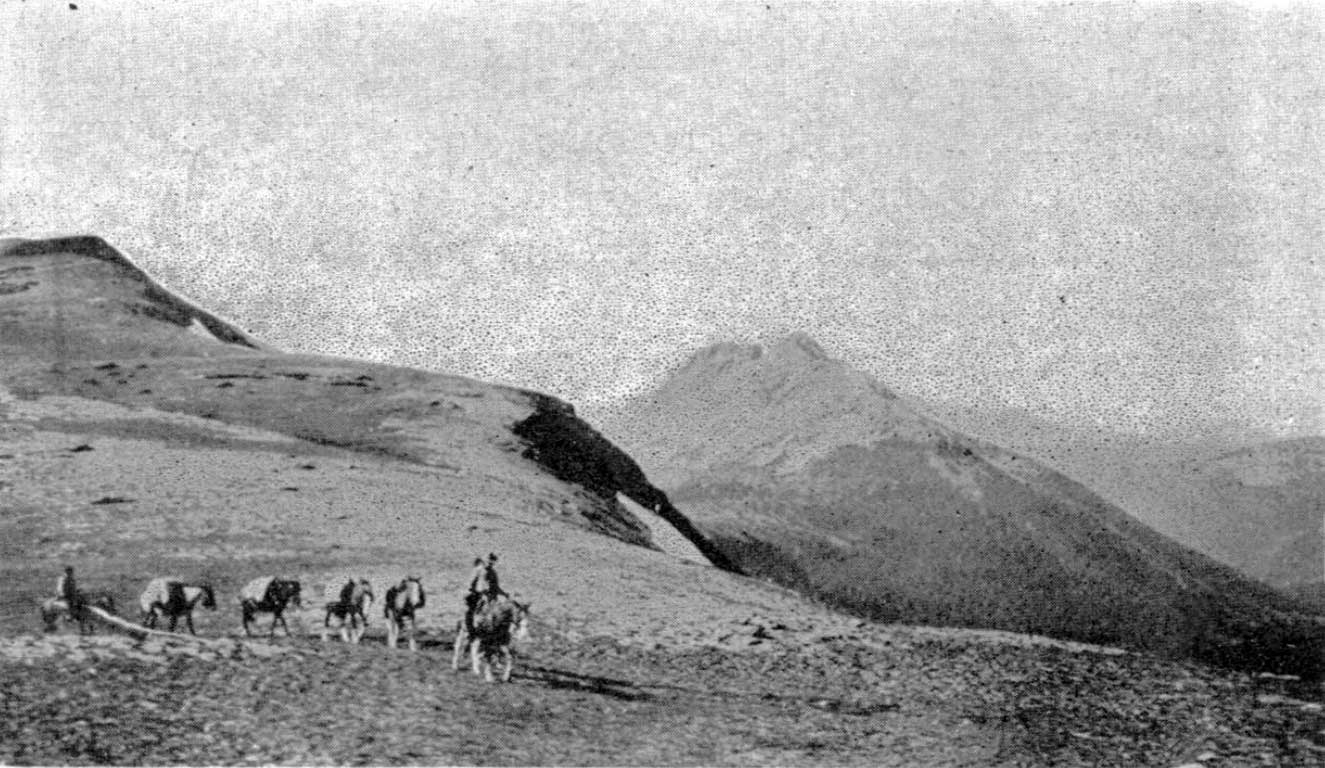 Alpland above Avalanche Pass, 1914.
Bulletin of the American Geographical Society

From Jones Pass we cut our way through dense woods down a steep declivity to broad open muskeg on the West Branch of the Jack Pine. After traveling about six miles through this meadow we came to a low pass, 5,300 feet, filled with beaver dams and houses. We named this pass Beaver Dam Pass. It separates Fraser and Peace waters. Another broad stretch of muskeg and we reached another pass, on which a huge avalanche of trees and rocks had descended. At Avalanche Pass our aneroid registered 5,300 feet. Our further progress was here checked by dense woods filled with an undergrowth of devils’ club and rhododendron of the British Columbia variety.

“The reason for the name is unknown,” wrote boundary surveyor Arthur Oliver Wheeler [1860–1945] in 1924, “but may be due to a snow-slide that happened close by the summit of the pass many years ago and has left some rotting debris of the timber it swept down at the time. It is not a spectacular slide and but slight indication of it is left to tell the tale. There are no other indications of avalanches in the immediate vicinity.”